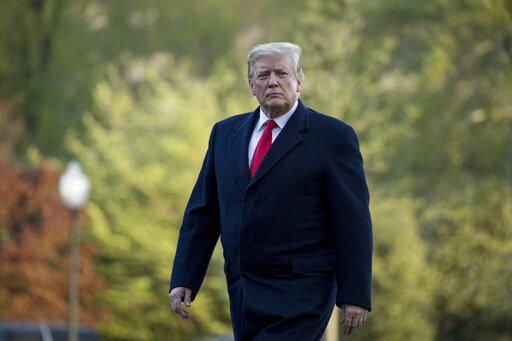 President Donald Trump walks on the South Lawn as he arrives at the White House in Washington, Monday, April 15, 2019.

Trump is providing an update on the virus after the first reported U.S. death Saturday, whom he described as a woman in her late 50s who was a high medical risk.

He says that healthy Americans should be able to recover if they contract the new virus. The virus threat has spooked global markets and the public at large.

Trump is cautioning that “there’s no reason to panic at all.”

Trump is speaking a day after he denounced criticism of his response to the threat as a “hoax" cooked up by his political enemies.