Dire Warning In Ship Salvage Lawsuit Not Repeated In Court 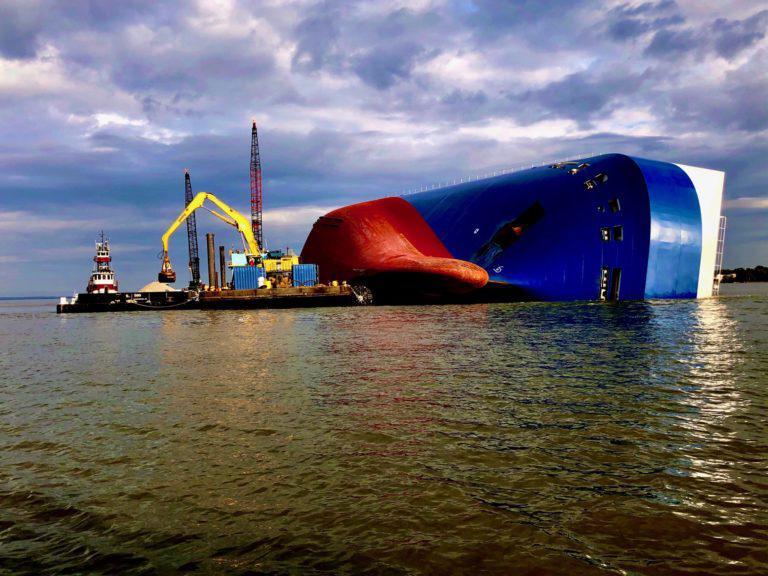 A salvage company suing to halt removal of a capsized cargo ship along the Georgia coast appears to be backing off claims that sawing the vessel into huge chunks would threaten the environment.

Officials from the salvage firm Donjon-SMIT acknowledged Tuesday in U.S. District Court that they would be willing to dismantle the ship using the same method their lawsuit condemns.

Judge Lisa Godbey Wood told attorneys she was surprised after court filings sought an injunction against a competing salvage company on the grounds of averting an environmental disaster.

The Golden Ray overturned near St. Simons Island in September with 4,200 cars in its cargo decks.