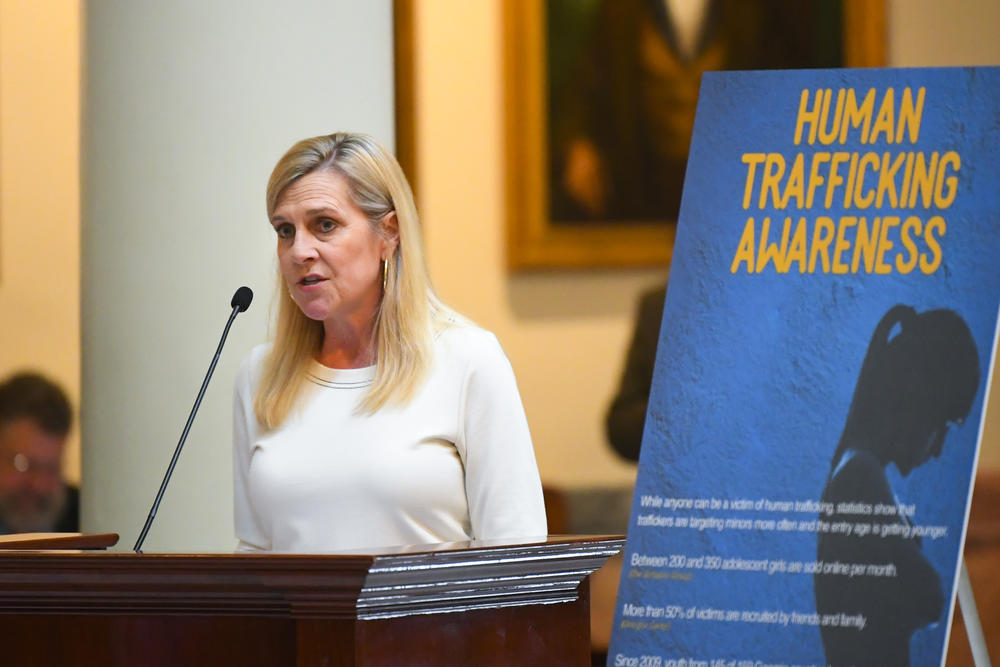 First Lady of Georgia Marty Kemp speaks on the rotunda about human trafficing during the opening day of the year for the state's general legislative session, Monday, Jan. 13, 2020, in Atlanta. (AP Photo/John Amis)

Georgia’s Republican governor and first lady have announced a slate of legislative measures they want to see enacted this year to combat human trafficking.

Gov. Brian Kemp and first lady Marty Kemp said the proposals unveiled Tuesday build on work already being done by the administration. A spokesman for Kemp said the legislation will be introduced next week. The measures will require the legislature's approval in order to become law.

The proposals will include a provision making it easier for victims of human trafficking to restrict access to their criminal records and another allowing the state to permanently revoke a person’s commercial driver’s license if they’re convicted of trafficking and used their commercial vehicle to commit the crime. It would add several felonies to the list of crimes that require registration as a sex offender, including keeping a place of prostitution when the victim is less than 18.

The legislation will also seek to close what Marty Kemp called a “loophole” in current state law that allows for a guardian to engage in a sexual relationship with a foster child over the age of 16.

She said the issue first came to her attention because of a real-life case that law enforcement in Thomasville, Georgia , alerted her to. “They had a man who was admittedly participating in a sexual relationship with a young woman under his care,” Marty Kemp said.

Doubling down on efforts to combat human trafficking has been a central part of the governor’s message since he took office last year. Gov. Kemp signaled during his State of the State address last week that it would continue to be a top priority. He used the address to honor three women who he said were trafficked as children.

“Traffickers use Atlanta as a hub, trading human life like it’s a commodity,” the governor said in his address.

The governor formed a commission, co-chaired by the first lady, to combat human trafficking shortly after taking office last year. The Georgians for Refuge, Action, Compassion and Education Commission, known as the GRACE Commission, is made up of public officials, law enforcement, private organizations and experts. The commission’s goal is to “seek justice for victims, hold bad actors accountable, and end human trafficking.”

The governor and first lady last week unveiled a new online training course to educate people on how to recognize human trafficking. The training is mandatory for almost 80,000 state employees.

“Together we have made great strides to raise awareness and tackle this issue head on. But there’s still more work to be done,” Marty Kemp said. “We must strengthen our laws to hold bad actors accountable and aid our survivors in the path to healing.” 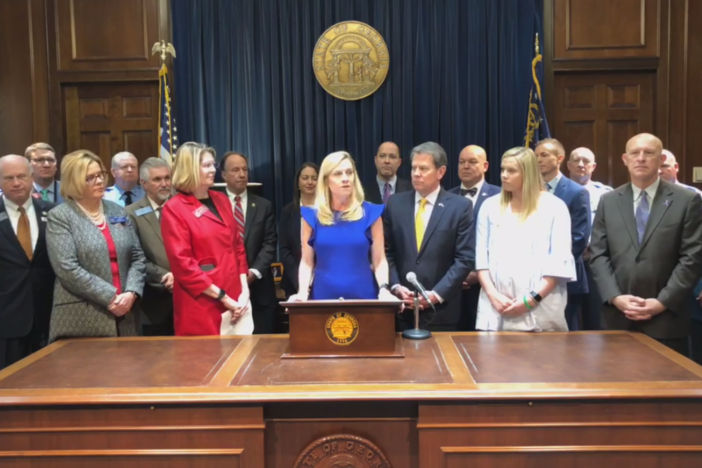 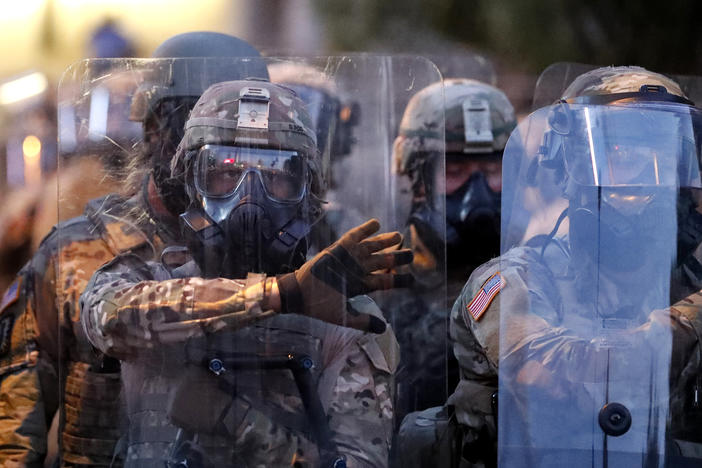 Gov. Brian Kemp says he does not see the need for now to call up more National Guard troops or deploy additional law enforcement officers to prevent... 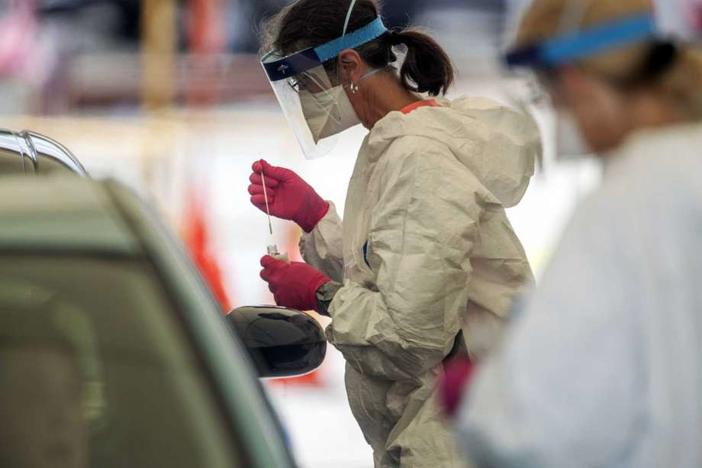 Community leaders say an effort to tamp down the spread of COVID-19 is succeeding in northeast Georgia. Gov. Brian Kemp visited Gainesville Friday to...