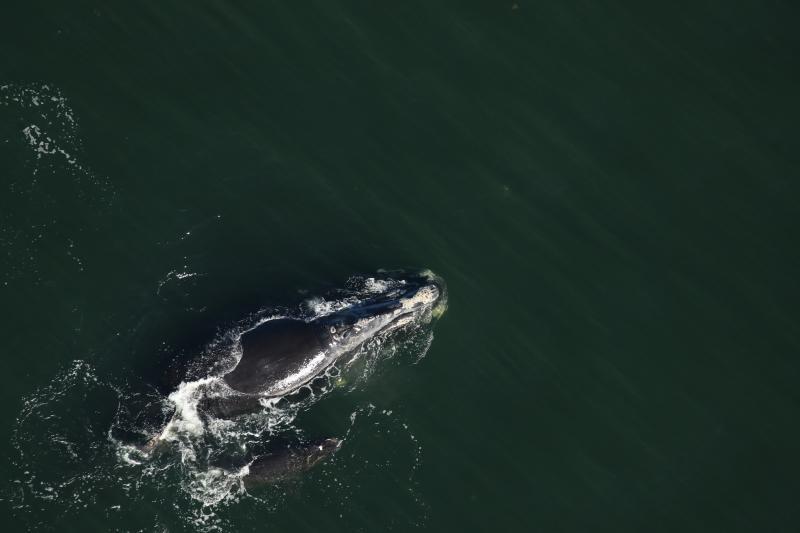 Caption
This photo taken by an aerial survey team for the Florida Fish and Wildlife Commission shows an injured right whale calf swimming alongside its mother about 8 miles off the coast of Georgia on Wednesday, Jan. 8, 2020.

Government experts say a newborn right whale spotted with grievous head wounds off the coast of Georgia is unlikely to survive.

However, there is still a chance scientists may try to inject the baby whale with antibiotics using a syringe fired from an air gun. The injured calf and its mother were first spotted last week by an aerial survey team off the coast of Georgia.

Dr. Teri Rowles is a veterinarian for the National Marine Fisheries Service. He said Monday that scientists got a closer look by boat last week and found wounds to the calf's mouth and the top of its head were worse than initial photographs led them to believe.