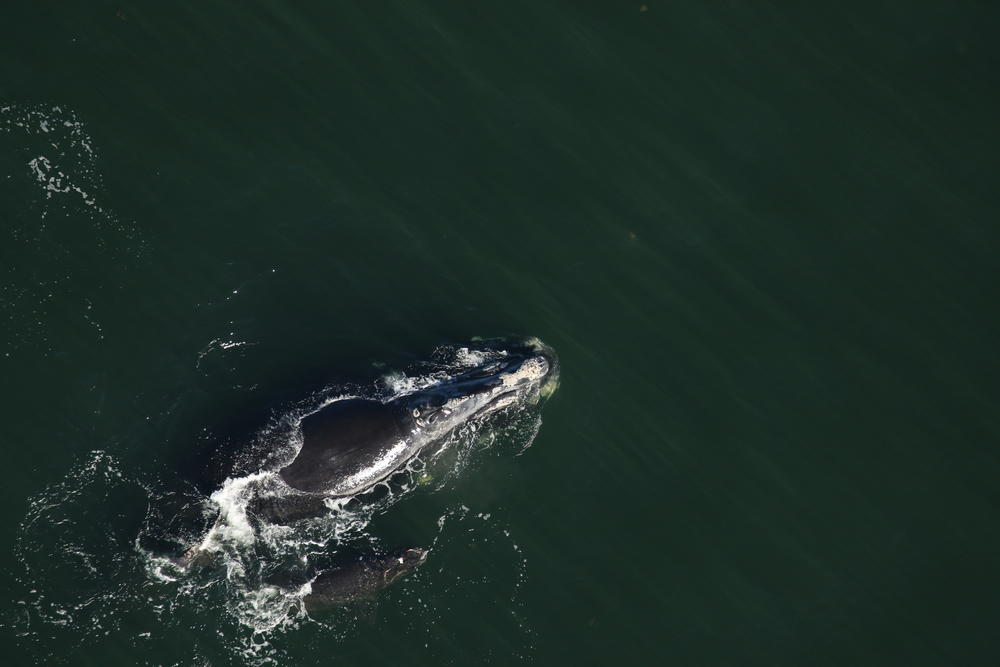 This photo taken by an aerial survey team for the Florida Fish and Wildlife Commission shows an injured right whale calf swimming alongside its mother about 8 miles off the coast of Georgia on Wednesday, Jan. 8, 2020.

Conservationists say a newborn right whale has been spotted off the coast of Georgia with serious wounds to its head.

Barb Zoodsma of the National Marine Fisheries Service says humans may be helpless to do anything to treat the injured calf.

MORE: On Georgia’s Coast, Right Whales On Edge Of Extinction

Critically endangered North Atlantic right whales migrate each winter to shallow waters off Georgia and Florida to give birth.

Zoodsma says the fourth newborn calf of the season was spotted by an aerial survey team Wednesday and appeared to be swimming normally alongside its mother.

But when photographs taken from the air were viewed at full-size, researchers could see deep cuts on either side of the calf's head. Zoodsma says the wounds were likely caused by a boat propeller.

Scientists estimate only about 450 of the rare whales survive.