Kelly Loeffler Sworn In As Newest Senator From Georgia 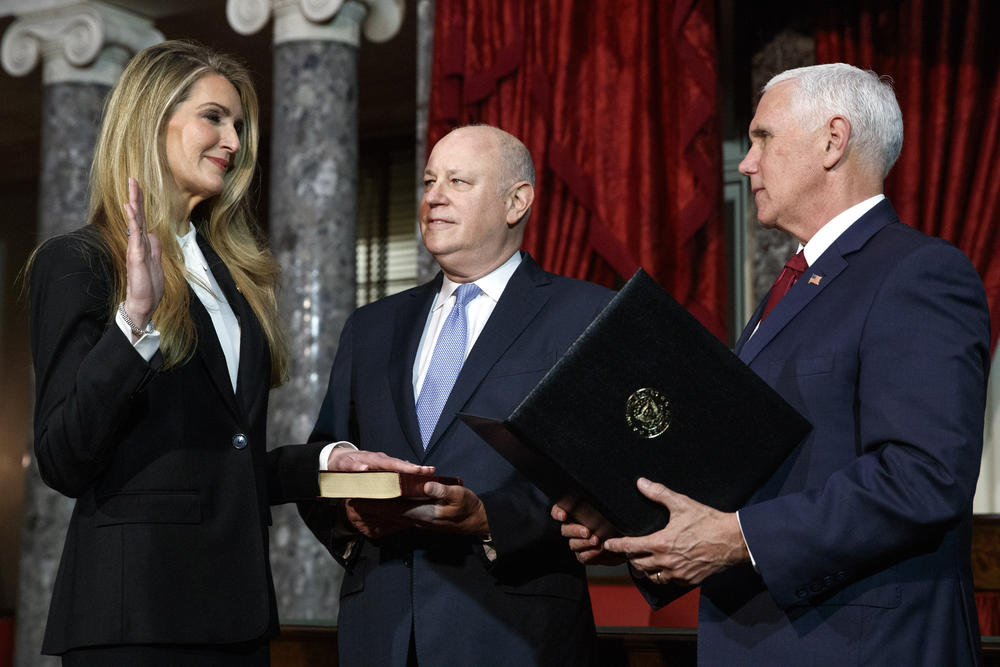 Sen. Kelly Loeffler, R-Ga., left, with her husband Jeffrey Sprecher, center, participates in a re-enactment of her swearing-in Monday Jan. 6, 2020, by Vice President Mike Pence in the Old Senate Chamber on Capitol Hill in Washington.

Republican finance executive Kelly Loeffler took the oath of office and was sworn in Monday as the newest member of the United States Senate representing Georgia. Her appointment to the upper chamber of Congress follows the early retirement of three-term Sen. Johnny Isakson.

The political newcomer will draw a lot of attention in her first few months in office as she aims to prove her executive leadership experience will assist in her new role as a federal lawmaker.

GPB editor and reporter Robert Jimison spoke with All Things Considered host Rickey Bevington to discuss what lies ahead for Loeffler.