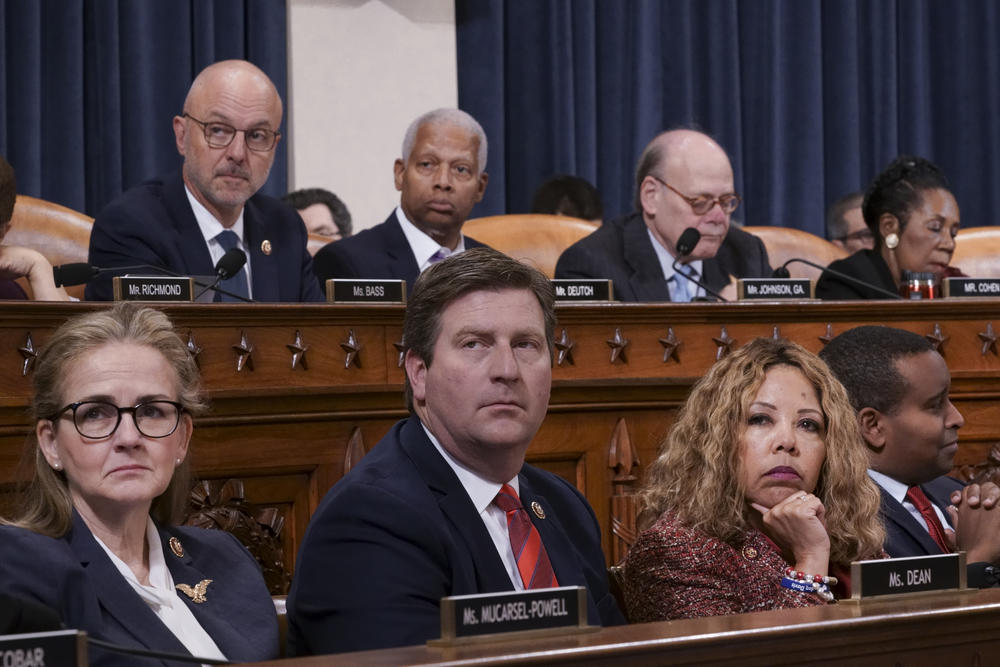 Democrats on the House Judiciary Committee listen as the panel considers the investigative findings in the impeachment inquiry against President Donald Trump, on Capitol Hill in Washington, Monday, Dec. 9, 2019. / AP

In a vote along party lines, the House Judiciary Committee voted to advance two articles of impeachment against President Donald Trump to the full House on Friday. Following two days of debate and lengthy televised hearings, the committee process has ended and the House is expected to take up the two articles for a vote next week.

Each voted with their party. Reps. Johnson and McBath contributed to the 23 Democrats voting in favor and Collins sided with 17 Republicans opposing.

“This is the kangaroo court that we’re talking about,” Collins said after the surprise decision. “They do not care about rules. They have one thing, their hatred of Donald Trump.”

As the leader of the Republican defense of the president, Collins and his colleagues received praise on Twitter Friday morning from Trump.

The Republicans House members were fantastic yesterday. It always helps to have a much better case, in fact the Dems have no case at all, but the unity & sheer brilliance of these Republican warriors, all of them, was a beautiful sight to see. Dems had no answers and wanted out!— Donald J. Trump (@realDonaldTrump) December 13, 2019

A full House vote will consider two articles of impeachment: abuse of power and obstruction of Congress.

In the first article, Democrats levy that the president abused the power of his office when asking Ukraine to investigate a political rival while withholding military aid. The second accuses the president of defying subpoenas issued by Congress under its constitutional power of impeachment.

“When a president commits a grave abuse of the public trust by running roughshod over the high office of president, then Congress is left with no choice but to do its duty to protect the public and the Republic from clear and present danger,” Johnson remarked Thursday evening. “We must impeach this president.”

Democrats are in the majority with 234 members versus Republicans 197 members, if next week’s vote is along party lines, the president would be impeached and face a trial in the U.S. Senate where Republicans hold a majority.

Each member of Georgia’s Congressional delegation will participate in the full House vote. The five Democrats and nine Republicans are all expected to vote with their party.

Georgia members serving on the House Judiciary Committee aligned with their respective party when approaching how to make a case for or against the...