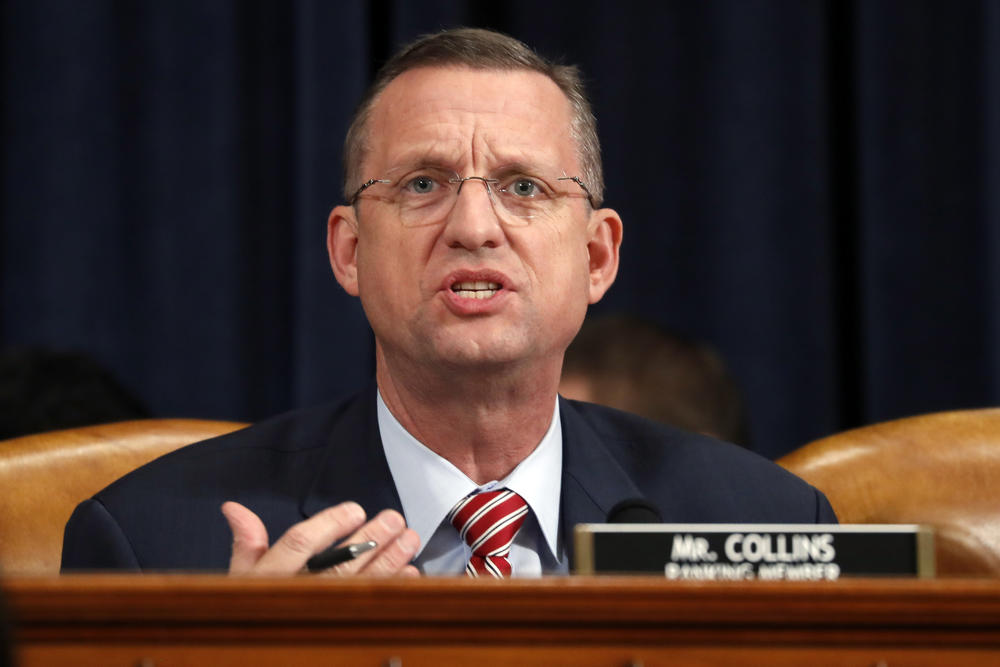 Georgia members serving on the House Judiciary Committee aligned with their respective party when approaching how to make a case for or against the impeachment of President Donald Trump.

On Wednesday, committee members began the two-day process to consider the articles of impeachment against the president.

The prime-time hearing of the 41-member panel featured three representatives from Georgia. Rep. Doug Collins, R-Gainesville, is the top Republican on the committee and Reps. Hank Johnson and Lucy McBath serve on the Democratic majority side.

Collins argued that House Democrats are abusing their power and have been seeking to remove Trump from office since he was inaugurated.

“We've been on this path since November 2016," Collins said. "This is not new. We've been trying this for almost three years.”

In decrying the speed at which Democrats have moved the process forward, Collins likened Trump’s impeachment to the holiday season saying, “it doesn’t just sneak up on you.”

Collins went on to accuse Democrats of abuse of power for not allowing evidence Republicans believe would demonstrate the presidents innocence.

He criticized the nine-page articles of impeachment being discussed Wednesday.

During his remarks Rep. Hank Johnson, D-Lithonia, said that before the investigation began he did not support impeaching Trump, but the facts revealed in the process have lead him to changed his stance.

Johnson said he changed his mind after the investigation hearings began.

“The facts are clear," he said. "President Trump undermined America's foreign policy to pursue what his own national security staff called a domestic political errand.”

Saying that he was born in Georgia when “Jim Crow was alive and well” Johnson said that Trump’s crimes were a threat to our democracy.

“To me, the thought that elections could be undermined is not theoretical,” Johnson said. “We’re here because President Trump tried to sabotage that fragile process. He didn’t want to let the voters decide. He decided to cheat in the upcoming election. And he got caught.”

Rep. Lucy McBath, D-Marietta, said that she did not come to Washington to impeach a president but it is where the requirements of her committee position have taken her. She shared the story of her son, Jordan Davis, being murdered to highlight that her mission in D.C. was meant to be focused on gun violence.

The first term congresswoman from Georgia’s 6th Congressional District said that after participating in the hearings she has concluded that Trump’s actions were in violation of the constitution.

“I believe the president abused the power of his office, putting his own interest above the needs of our nation,” McBath said. “And for that I must vote my conscience. And I will do so with a heavy heart and a grieving soul.”

A full vote in the House of Representatives is expected to be held next week, just days before Christmas. If the Democratic controlled chamber votes to impeach the president, a Senate trial would begin in 2020.