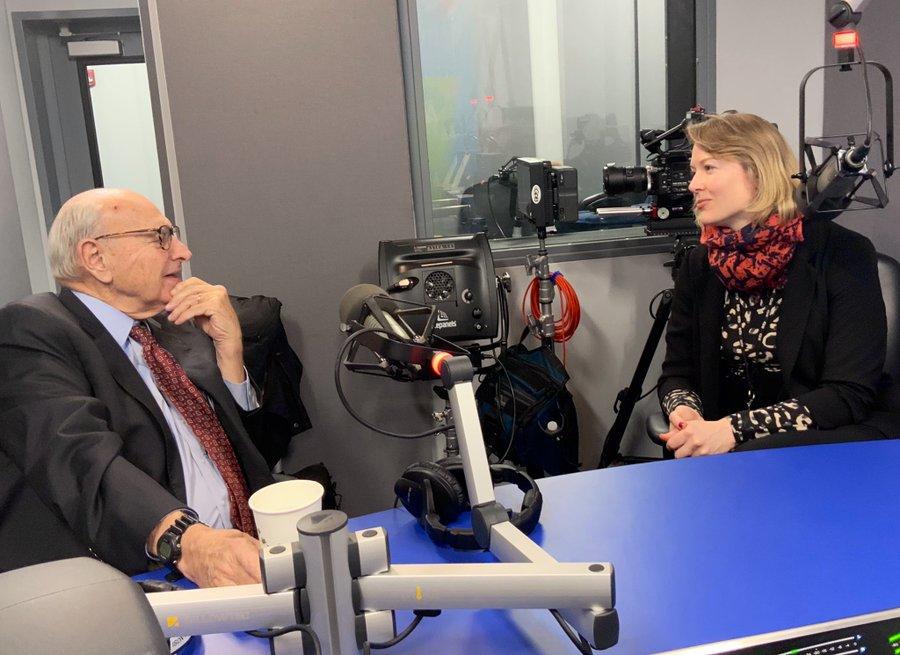 As members of the Foreign Service testified before the House Intelligence Committee earlier this month, a lot of Americans probably found themselves asking: What does a US Ambassador actually do?Ambassador (ret.) Thomas R. Pickering talks to GPB All Things Considered host Rickey Bevington about the US Foreign Service and the House impeachment inquiry.

In the congressional hearings, diplomats answered questions relating to allegations that President Donald Trump abused his office by pressuring Ukraine to investigate a political opponent in exchange for military aid.

These were, of course, extraordinary circumstances for members of the foreign service. It’s safe to say that few Americans ponder what civil servants do in our nation’s embassies and consulates abroad just as a regular course of their jobs.

“It is a distinct service from the general American civil service, in a sense, like the military,” former Ambassador Thomas Pickering told GPB’s Rickey Bevington during a recent interview.

“We go to dangerous and unhealthy and difficult places. About 800 of us now currently serve without our families overseas,” Pickering said.

Pickering was the top diplomat to El Salvador under President Ronald Reagan. George H. W. Bush appointed him Ambassador to the United Nations and Israel. President Bill Clinton sent him to Russia.

Pickering joined Rickey Bevington in the GPB Radio studio to reflect on the testimony of former US Ambassador to Ukraine Marie Yavonavitch.