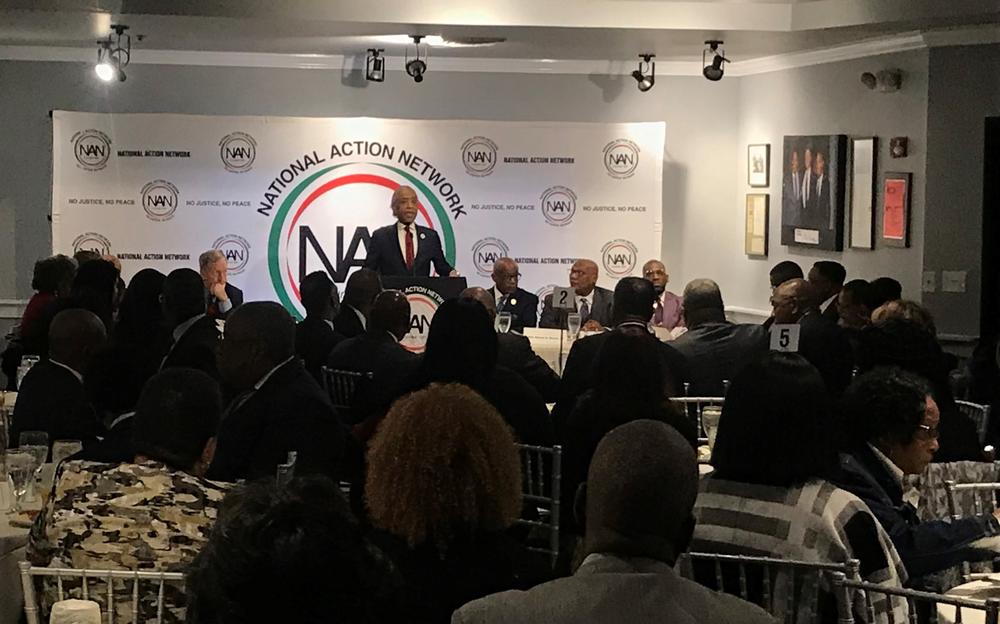 The Democratic presidential debate ended Wednesday night, but the candidate events in Atlanta did not.

Five of the 10 candidates from the debate stage campaigned at the National Action Network breakfast Thursday morning. The breakfast was attended by African American religious leaders from across the southeast.

Tom Steyer, Cory Booker, Pete Buttigieg, Andrew Yang and Amy Klobuchar showed up to tout how people of color would succeed under their administration if they were elected president.

Rev. Al Sharpton thanked the candidates for addressing specific issues and what they would do to tackle problems in America. He said winning the black vote isn't just a culture contest; it goes beyond who can clap on beat and dance with rhythm.

"So, we'll go along with it,” Sharpton said. “We'll eat and drink some Kool-Aid with you and vote for somebody else. Because we want to be treated like we are mature, grown folk in the political process."

One of the recurring themes that came from each candidate, was economic justice for black people and other minorities. Amy Klobuchar, the Senator from Minnesota, said other changes have to happen before black people get financial justice.

“We talk about economic justice, but none of this is going to happen if African Americans can’t vote,” Klobuchar said. “And I am appalled by what has gone on in this state and in states across the country.”

She said gerrymandering has been to blame and it’s why she wants independent commissions in each state. Klobuchar also pitched registering each kid automatically to vote when they turn 18.

Andrew Yang, founder of Venture for America, said economic justice is what Martin Luther King Jr. was fighting for before he was assassinated. He said that’s one of the many reasons it was important for candidates to be speaking at the breakfast.

“Why are we all here talking to you all?” Yang asked. “Because we all know black people are going to choose the next president of the United States. It sure as heck is not the Asians.”

He said that means it’s important that African Americans side with a candidate that is going to prioritize their needs.

But the issues expanded beyond the economy and the role of black people in the class structure. The event was predominantly attended by preachers and ministers from Florida to Alabama.

Before Pete Buttigieg, the mayor of South Bend, Indiana, spoke, Sharpton issued a stark warning about homophobia in the black community.

Sharpton said he wanted to make it clear that if the black community didn’t support Buttigieg, it isn’t because of his sexual orientation.

And that’s something the Indiana mayor capitalized on.

He acknowledged one of the biggest reasons he has certain rights in because of the same people that fought alongside African Americans for theirs.

But Booker said he was worried the dream that King Jr. died for wasn’t being realized in the way it should be.

“My generation who inherited from my parents a torch that lit up this world, my generation right now can be a generation with an epitaph that says life expectancy going down,” Booker said. “People are losing faith in the dream.”

He vowed it’s a dream he would chase if he made it to the White House seat.

But the issues preventing African Americans from achieving that dream are heavily rooted issues stemming from slavery. Tom Steyer, a billionaire seeking the nomination, said from Day One his goal would include informing Americans about that history.

“I would have a formal commission to retell the story of the African American experience,” Steyer said. “I would start a formal commission on the first day of my presidency. And I would do it from the standpoint of the understanding that every issue in the U.S. has an overt racial component to it.”

Sharpton thanked each candidate for addressing specific issues in front of the crowd of about a hundred pastors and ministers.

He said this event will allow them to go back to their communities to address issues that truly resonated with them.