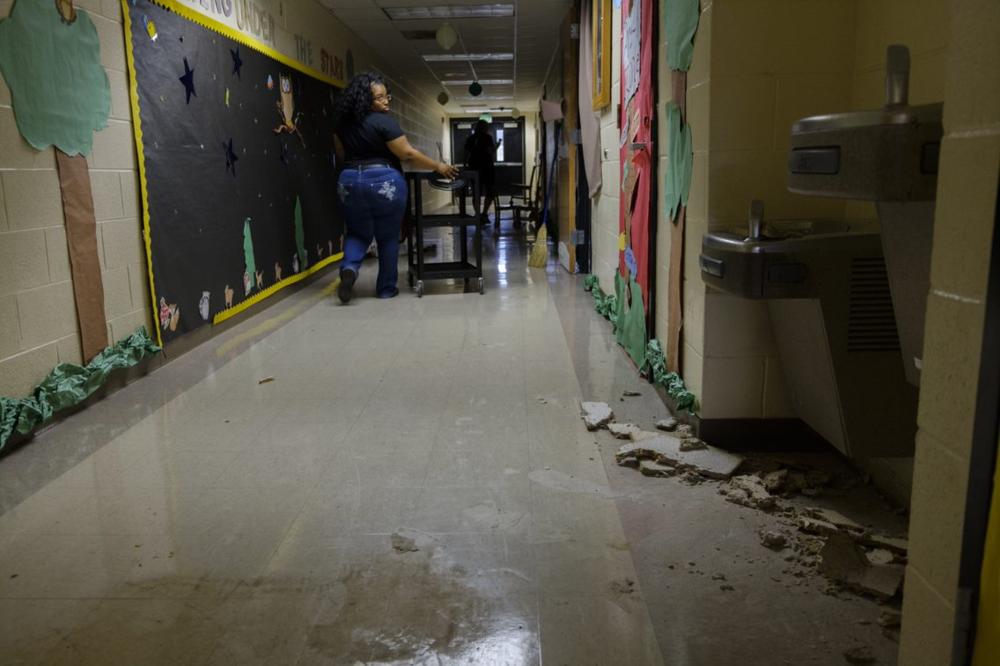 Laura Hutchins was greeted by shattered glass and a tree in the middle of her classroom when she returned to Potter Street Elementary School where she teaches kindergarten. She was heartbroken for her students by what she saw.

“The place that they come to every morning and come running in the door,” Hutchins recalled. “There just really are no words.”

It had been nearly three weeks since Hurricane Michael slammed into southwest Georgia. The school where Hutchins teaches is in Decatur County. It’s the same county Gov. Nathan Deal called “ground zero” after Michael tore through the state.

The hurricane hit in early October.

“It worked out great for the timing,” said Tim Cochran, Decatur County schools' superintendent. He said the district was a couple days away from going on fall break. With the storm brewing, they decided to go on a break a day early.

“The only thing is we were anticipating a potential Category 1,” Cochran said. “You know as of Tuesday morning we were not anticipating what we ended up getting.”

Michael hit as a Category 3. Schools, like most other places, ended up losing power for a few days. As a result, Cochran said the district lost about $250,000 worth of food.

For six of the district’s seven schools, replacing food was their biggest concern. But as teachers returned to Potter Street Elementary School, they realized it was damage to their building that would also have to be accounted for.

As Hutchins sifted through the rubble of her classroom, she said she made another devastating discovery. Twenty-four Chromebooks were missing.

“I just thought maybe the technology department had come in to check to make sure they were all working,” Hutchins said.  “And then I was told no. They're all gone, and they got my keyboard and my mouse from my computer. But we always have backup plans.”

Some of those back up plans include using more books and defaulting to other hands-on activities.

Spoiled food, stolen computers and damaged classrooms are all replaceable. But it’s the effect the storm had on the kids that worries fourth grade teacher Melissa Benton.

“Some of them may come in hungry, they may come in dirty, they may not have running water yet,” Benton said, running through the problems her students may face as if they were her own children. “They may not have what they need. So finding out what their needs are and meeting them and giving them the chance to speak will be our first priority.”

Sending kids to school without having those necessities for a few days worried a few parents in the district. After Superintendent Tim Cochran announced on Facebook they would be re-opening schools, some parents voiced their displeasure, saying it was too soon.

Cochran said it then becomes the school’s responsibility to fill in the gaps for the kids who still need help.

The concern in the recovery process doesn’t end with families and students. Many teachers were personally affected by the storm. Benton says some of her colleagues lost their houses, just got power turned back on, and still had debris littering their yards.

As she fought back tears, Benton said none of that would matter the minute their students step foot back into school.

And on their first day back, Benton said only two of her students were absent. While Hutchins said her entire class was present. 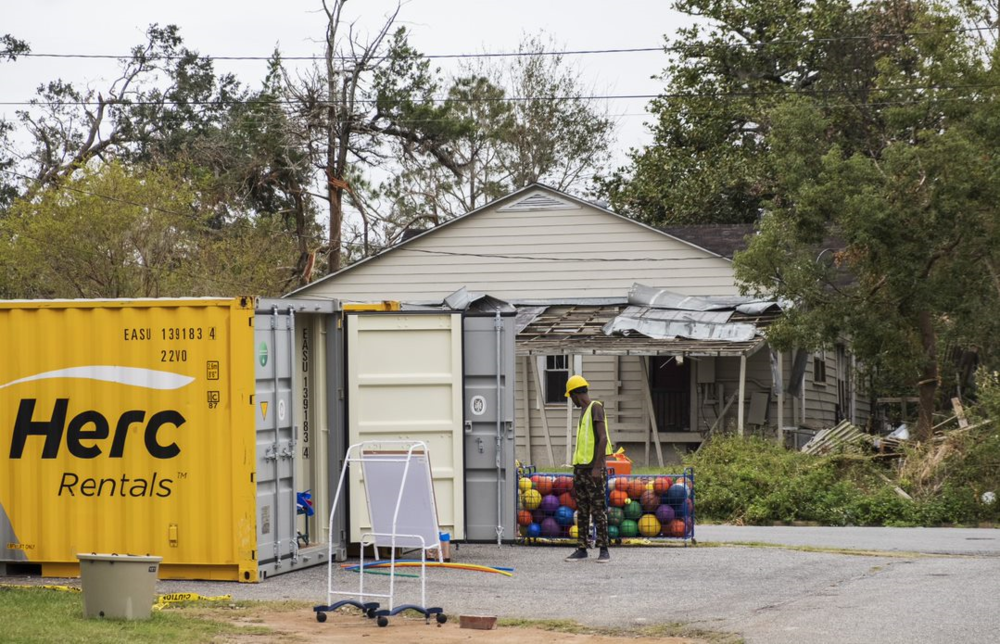 Caption
A security guard looks after materials moved out of the school. 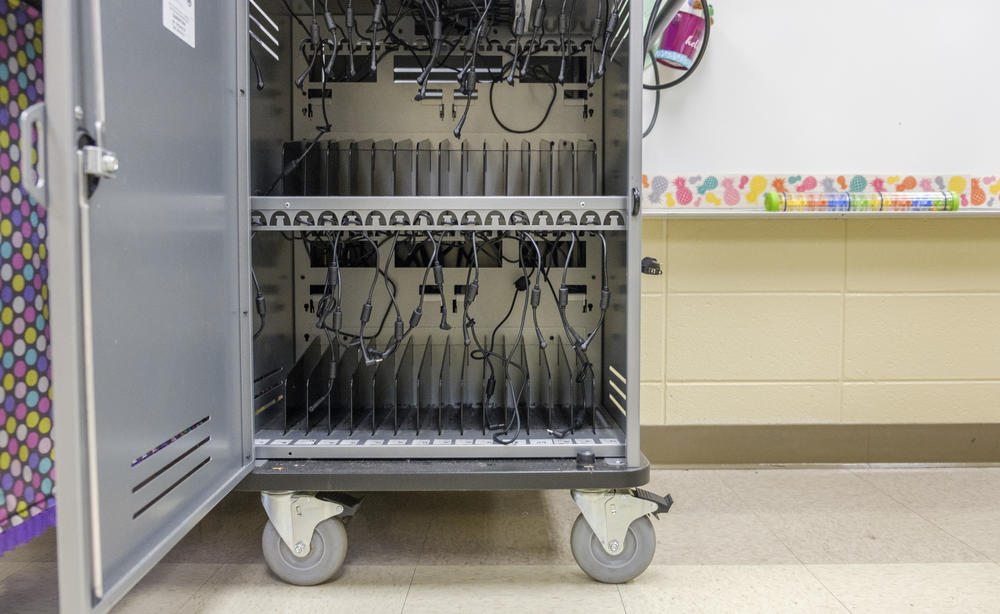 Caption
The empty cart of Chromebooks sits in Hutchins' room. 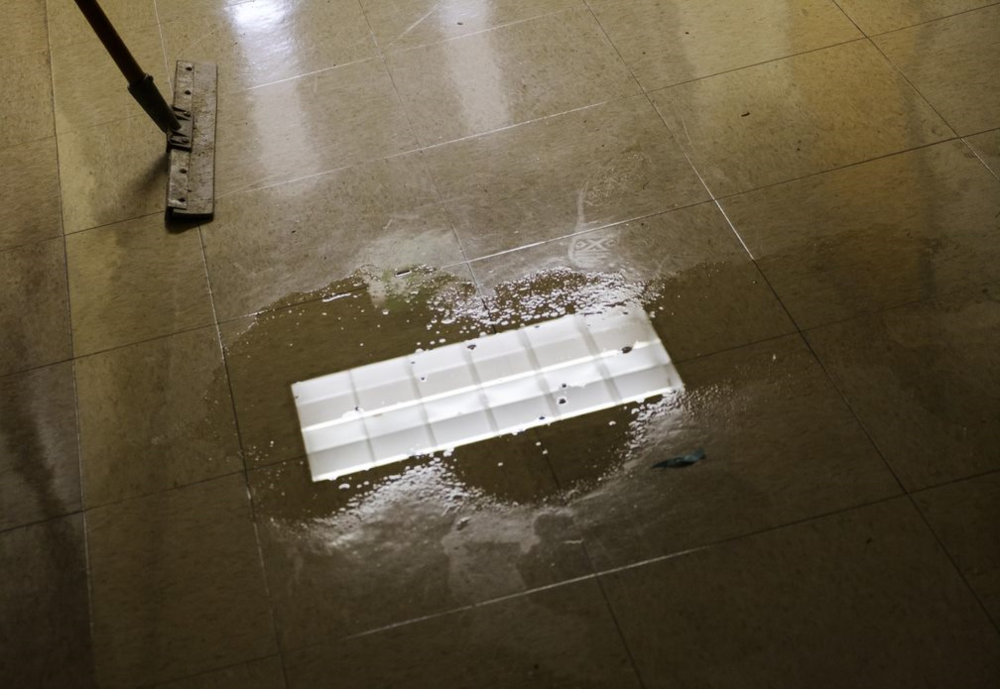 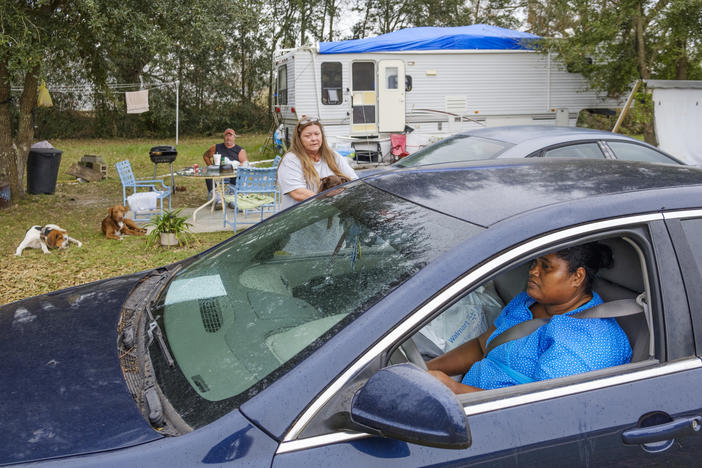 Bainbridge Residents Say Community Is The Key to Rebuild

A shingled-roof, white gazebo sits in the square in downtown Bainbridge. Roslyn Palmer has spent a lot of time there. She’s been on the city council for... 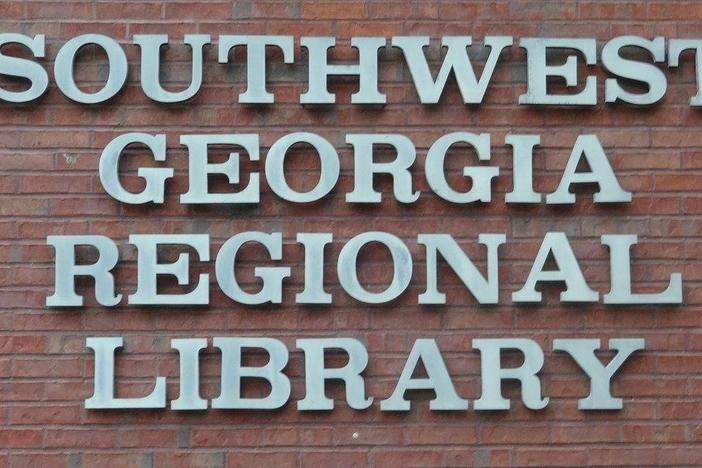