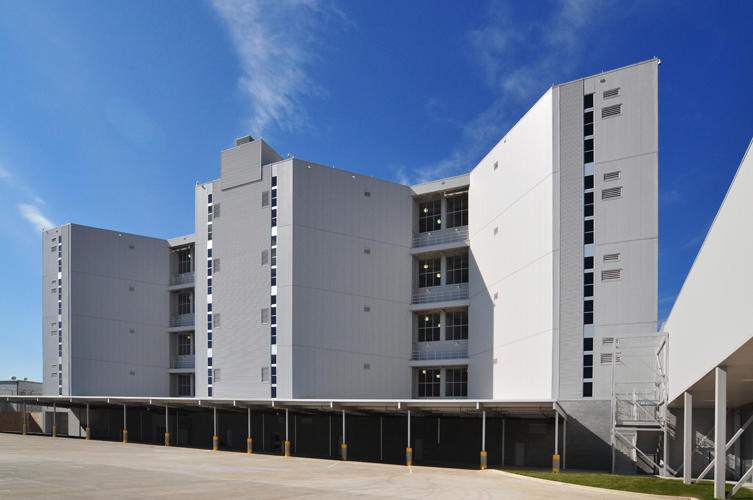 The entrance of the Cobb County jail.

Atlanta activists are demanding Cobb County law enforcement officials to make changes in their facilities after another inmate was found dead within the county’s jail.

Kevil Wingo, 36, was pronounced dead at WellStar Kennestone Hospital Sept. 29 after experiencing a medical emergency in his cell, according to the Cobb County medical examiner.

Members of the Cobb County chapter of the Southern Christian Leadership Conference held a press conference last week at the jail. The activists demanded that county officials improve conditions at the facility and hire more staff to prevent further inmate deaths from occurring.

No official cause of death has been released.

While not specifying on any improvements the department has made to improve the conditions of the facility, Daniel said that the safety of everyone within the Cobb County jail is a priority.

“The safety and security of our deputies, our facility and people in our custody are of the utmost importance to us,” he said.

Wingo’s death is the fourth to occur within the jail over the last year.

Bradley Emory was found unconscious March 10. The 33-year-old had a sheet around his neck in the shower. The medical examiner’s office ruled his death as a suicide. Emory had been imprisoned for three months previously as a result of drug charges that stemmed from Dec. 14.

Back in February, 31-year-old Jessie Myles was taken to the jail for drug possession and an outstanding warrant. Two days later, on Feb. 25, Myles was found dead.

“Upon displaying signs of physical distress, Mr. Myles was immediately provided medical assistance,” Daniel wrote in a statement at the time of the incident.

No further details regarding Myles death have been released.

Reginald Wilson, 54, was diagnosed with bipolar disorder and schizophrenia before he was arrested in Cobb County for allegedly violating his probation last December, his family told the Atlanta Journal-Constitution.

Wilson had died of dehydration, according to the county medical examiner’s autopsy.

The incidents come at a time where Cobb County law enforcement is understaffed.

As of October 2019, the sheriff's office has reported 75 vacancies.

“My client went in for a small drug offense Sept. 25 and died Sept. 29," Gardner told GPB News. "It seems very unusual for so many people to die in such a short period of time in Cobb’s custody.”

Gardner said the jail was locked down for nearly a month after an incident involving the assault of two officers, forcing inmates to be confined to their cells for extended periods of time. He has also been told that enforcement of the sheriff’s department has deprived inmates from access to phone calls and visits from loved ones.

“You have so many people in the jail on small offenses on lockdown sharing a cell with someone they don’t know before they have their day in court…they are treating inmates with a lack of dignity and respect are unable to answer why.”

In hopes of seeking justice and answers for Wingo’s death, Gardner has reached out multiple times to Cobb County Sheriff’s department to no avail.

Although Gardner acknowledges the understaffing of officers, he does not excuse the county’s “solitary confinement” style treatment of its inmates as justifiable.

“Cobb County is grossly understaffed but nonetheless you cannot change that by locking inmates up and depriving them from their civil rights,” he said. “These are people not animals.”