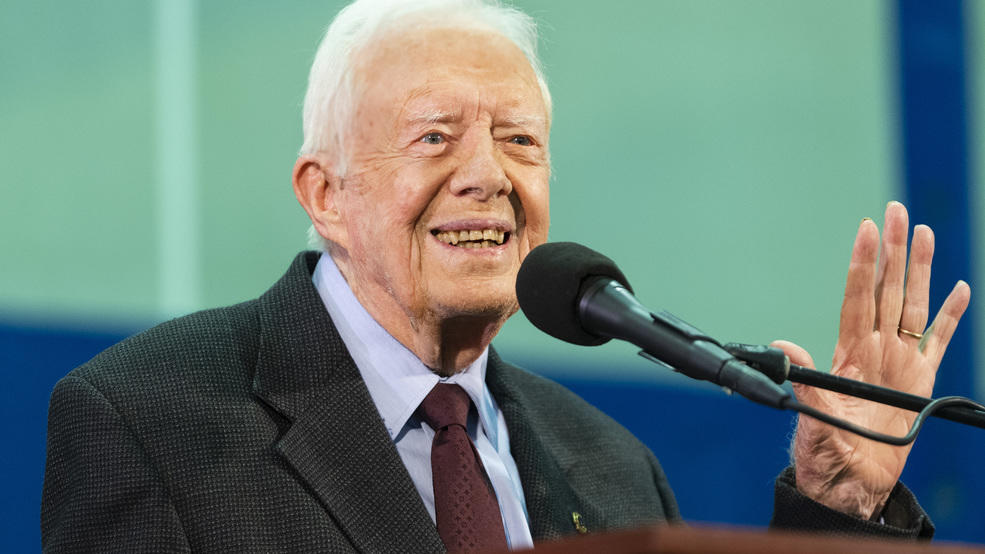 Former President Jimmy Carter is weighing in on the House impeachment inquiry after learning of the Trump administration’s decision to block a U.S. diplomat from speaking with lawmakers about his alleged involvement in President Donald Trump’s request for a foreign official to investigate a domestic political opponent.

Carter said the White House was “trying to stonewall” the inquiry by blocking officials from cooperating.

Gordon Sondland, the U.S. ambassador to the European Union, was scheduled to speak to lawmakers on Tuesday until officials at the State Department stopped Sondland from participating in the closed-door meeting.

Days after a fall left him with a black eye and several stiches, Carter said, “We need to ascertain the facts from a thorough investigation” of the president.

During an interview on MSNBC Carter said he is “glad” House Speaker Nancy Pelosi is moving forward with the investigation but that the recent move to block Sondland from testifying could be damaging for the president.

“I think that’s going to be another item of evidence used against him if he continues to stonewall and prevent evidence to be put forward to the House and Senate to consider,” he told host Andrea Mitchell. “If the facts reveal an increasing number of things that he has actually done then of course impeachment is possible and removal from office is possible.”

Endorsing the House Democrats’ efforts is a shift for Carter, who a year ago said pursuing impeachment would be “the wrong thing for Democrats to do.”

“I'm a Democrat so I feel pretty much like the Democratic Party does, as you probably know. But I think we still need to ascertain the facts from the very thorough investigation,” he said Tuesday.

The 95-year-old from Plains also offered some wisdom to Trump, “My advice to him would be to tell the truth and also to cut back on his Twitter feeds.”