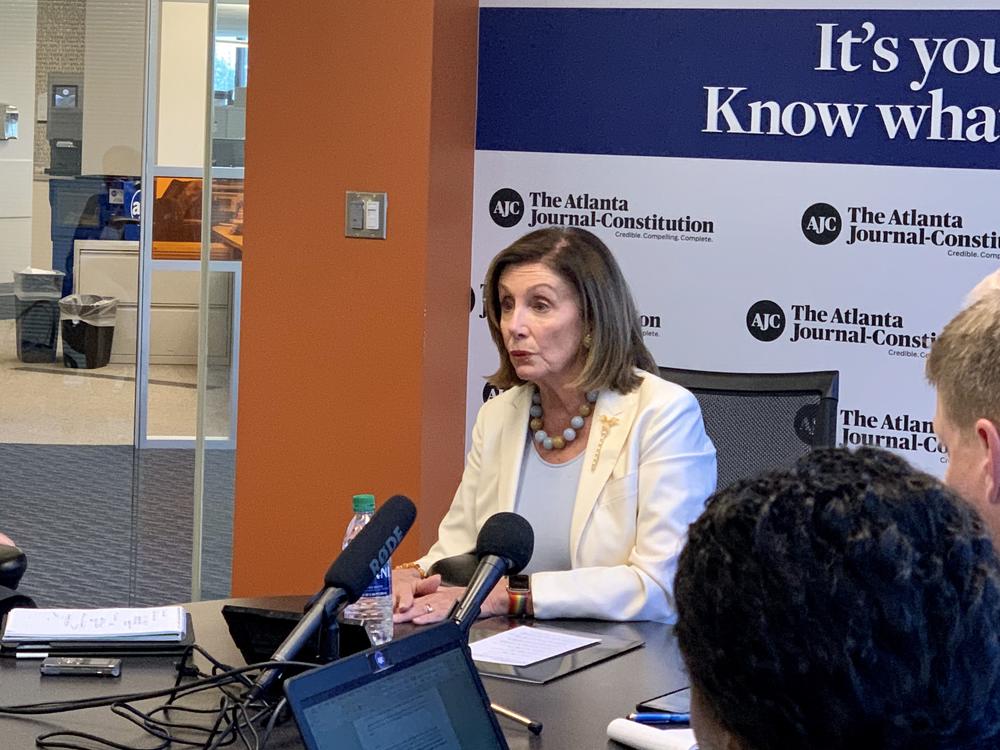 During a trip to Atlanta, U.S. House Speaker Nancy Pelosi shared her plans to protect Congressional seats held by Democrats in the state, aggressively target open seats and how those priorities will help progressive candidates for Georgia’s two Senate seats.

“Suffice to say we will be investing here to protect our members, especially Lucy,” Pelosi said. “The second election is a very important one.”

While Pelosi said she has no intention losing any of the Democratic seats in the House, she heaped on praise for McBath and pointed out that she is one of the few freshman members of Congress to have a bill passed in both chambers of Congress and signed by the president.House Speaker Nancy Pelosi speaking to reporters about Rep. Lucy McBath (D-Marietta).

It is clear that Pelosi understands Republican opponents will continue to use her as a polarizing figure in attack ads against Democratic candidates in more conservative districts.

“In the election 2018 the Republicans had 137,000 ads describing me as a San Francisco liberal, which I proudly am," she said. "It didn’t work for them. We won 40 seats and took the majority.”

House Speaker Nancy Pelosi discussing the Republican strategy to paint her as a 'San Francisco liberal' in campaign attack ads.

.@lucymcbath said she would fight for Republicans, Democrats & Independents.

But by supporting impeachment, it’s clear McBath has sided with radical DC Democrats & their witch hunts over her constituents.

To those who have to distance themselves from her in order to stay competitive in districts with a large number of conservative independents, Pelosi does not take offense.

“I say to my colleagues and my candidates, just win baby,” Pelosi said.

Pelosi also shared legislative priorities for House Democrats who are back in their home districts for the fall recess. When asked about the lack of financial support for Democrats vying for re-election and challenging incumbent Republicans in the House, Pelosi asked for their patience.

“Our decisions about where we put resources and the rest at the house level relate to the value added that we can give to the other races," she said.

And, while her focus remains on protecting incumbent seats and helping to elect Carolyn Bourdeaux in Georgia’s 7th Congressional District, it was not lost on Pelosi how Democratic gains in the House will have an impact on Georgia’s two U.S. Senate races.

“Suffice to say you won’t be wanting for attention,” she said of Georgia, adding that "everything we're doing in the House is to try to win the Senate, the governorships and the Electoral College. So our decision about where we put resources and the rest at the house level relate to the value added that we can give to the other races." 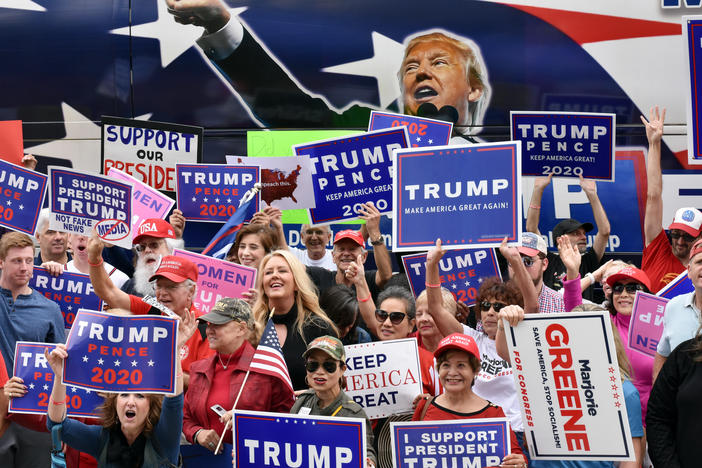 The sidewalks in front of Rep. Lucy McBath's (D-Marietta) office in Sandy Springs were awash Tuesday with dueling signs and slogans voicing opinions on...