Record-Breaking Temperatures Recorded Around The State 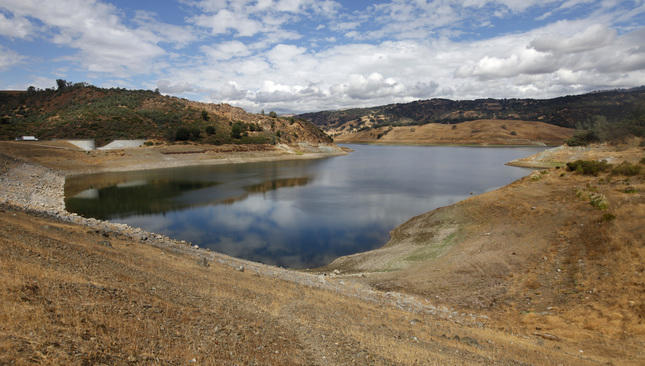 Temperatures in Georgia have been at record-breaking highs for the month of October this year. A lack of rainfall has also created severe drought conditions in several counties.

Record-breaking heat is being experienced across the state despite being 12 days since fall officially began.

Friday temperatures are expected to reach up to 97 degrees in Atlanta, marking the 91st day of temperatures higher than 90 degrees in one year, setting a record that was last met in 2011.

Thursday broke records as the hottest day in October ever recorded, with temperatures reaching 97 degrees in Atlanta, 100 in Athens and Columbus and 101 in Macon, according to the Weather Channel. This was also the hottest temperatures for Athens recorded this year so far.

But Georgia is not the only state reaching searing temperatures. Montgomery, Alabama, reached 103 degrees on Wednesday, which is hotter than it was even in July. Tuscaloosa, Alabama, and Raleigh, North Carolina, also reached triple digits on Thursday, joining Georgia in breaking heat records from years before.

The month of September also tied or broke more daily heat records than any other Georgia September on record.

But heat isn’t the only thing Georgians are worried about.

Several counties received less than an inch of rain in the month of September, which is up to 4 inches lower than the average precipitation typically received, according to National Weather Service data.

Drought continues to worsen in the Southeast. This week's US Drought Monitor versus last week's... pic.twitter.com/wth4eb4ZJJ— Danny Brouillette (@HoarFrostInFL) October 3, 2019