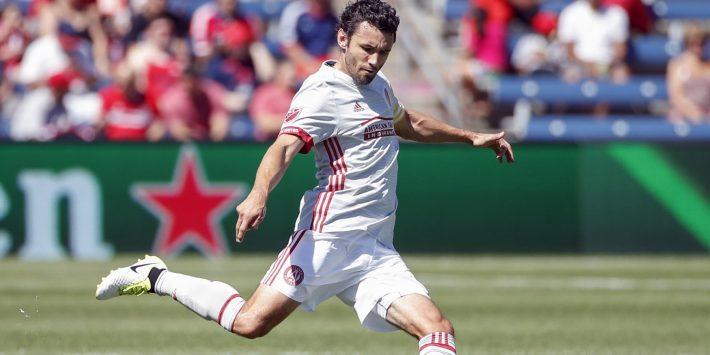 Caption
Atlanta United captain Michael Parkhurst will retire at the end of the season. Parkhurst announced his decision Monday, Sept. 23, 2019, before the team trained for a crucial match at New York City FC.

Parkhurst announced his decision Monday before the team trained for a crucial match at New York City FC. Atlanta trails first-place NYCFC by four points in the Eastern Conference with three games left in the regular season.

"It's something I've been thinking about for a long time," said Parkhurst, whose playing time dwindled this season. "I just wanted to get it off my chest. Talking to the staff, figuring out when the best time to get it out there was, we decided today was — before the last game and before the playoffs start. I don't want to be a distraction at all."

The 35-year-old defender was picked as captain after joining Atlanta for its first season in 2017. He helped the expansion team win the MLS Cup last season, as well as the Campeones Cup and the U.S. Open Cup this year.

"We want to congratulate Michael on an illustrious career and thank him for immense contributions to Atlanta United," technical director Carlos Bocanegra said. "His career accolades speak for themselves, but during his time in Atlanta, he was a consummate professional and played an integral role for us, both on and off the field."

Parkhurst, born in Providence, Rhode Island, was the 2005 MLS Rookie of the Year and 2007 Defender of the Year with the New England Revolution. He also played in the Danish Superliga and spent one season with Augsburg in the German Bundesliga before returning to this side of the Atlantic with the Columbus Crew in 2014. He was a member of the U.S. national team for eight years, notably competing at the 2008 Olympics in Beijing.

FC Nordsjælland tweeted a congratulatory message to Parkhurst. He made 107 appearances with the team over four seasons in Denmark, a stint that included one league championship and two Danish Cup titles.

"What a player. What a person. Thanks for giving us some of the best years of your life and career," the club said. "We wish you the best in the next chapter off the pitch and will always remember your contribution here."

Asked how he wanted to be remembered, Parkhurst paused for a few seconds before answering: "First and foremost, I was a good teammate, somebody who was fun to be around in the locker room and was dependable on the field. Those are the most important things. That I made an impact on the field and off the field wherever I was."

But after finishing in the top five in Defender of the Year voting in 2018, his playing time diminished significantly with the emergence of Miles Robinson. Parkhurst has only 14 starts and 18 appearances in 31 league games.

"Honestly, the way it has gone for me personally here lately, it makes it a little easier" to retire, Parkhurst conceded. But he also said: "I can tell you the thought had entered my mind long before I wasn't playing anymore.

Even coming into the season, as you get a little older, the thoughts are there. So it was definitely something I imagined and thought was possible at the end of this year." Even as his playing time dwindled, Parkhurst remained an important figure in the locker room and never complained about sitting on the bench.

"In addition to solidifying our back line for the 2018 MLS Cup championship run, he was also an influential figure in building our club's culture and we're forever indebted to him for that," Bocanegra said. "He'll always be welcome back at Atlanta United."

Parkhurst said he hasn't decided what to do next. He's not ruling anything out, including a move into coaching.

"I want to stay involved in soccer somehow," he said.

With Atlanta United already clinching a spot in the playoffs for the third straight season, Parkhurst has a shot at one more trophy before he retires.

No matter how his final season ends, he's proud of what he accomplished in Atlanta, helping chart the course for a franchise that has set numerous MLS attendance records and quickly become a flagship team.

"This is a great organization, a great team," Parkhurst said. "The support we've gotten from the city, just what Atlanta United means to the city, is just amazing. To be a big part of that is special. I'm happy to be able to retire as an Atlanta player." 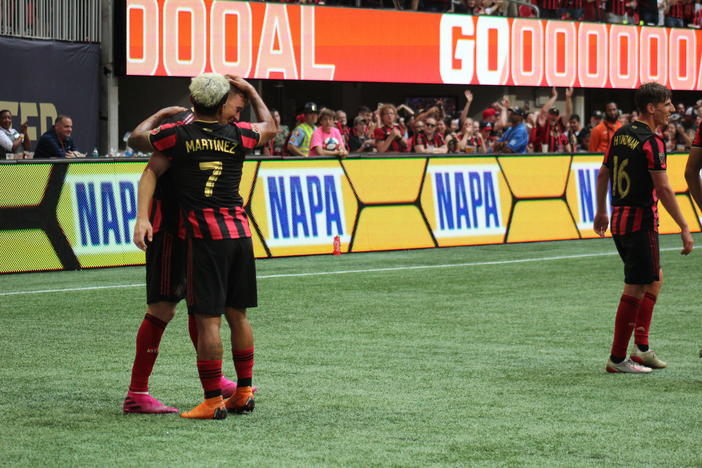