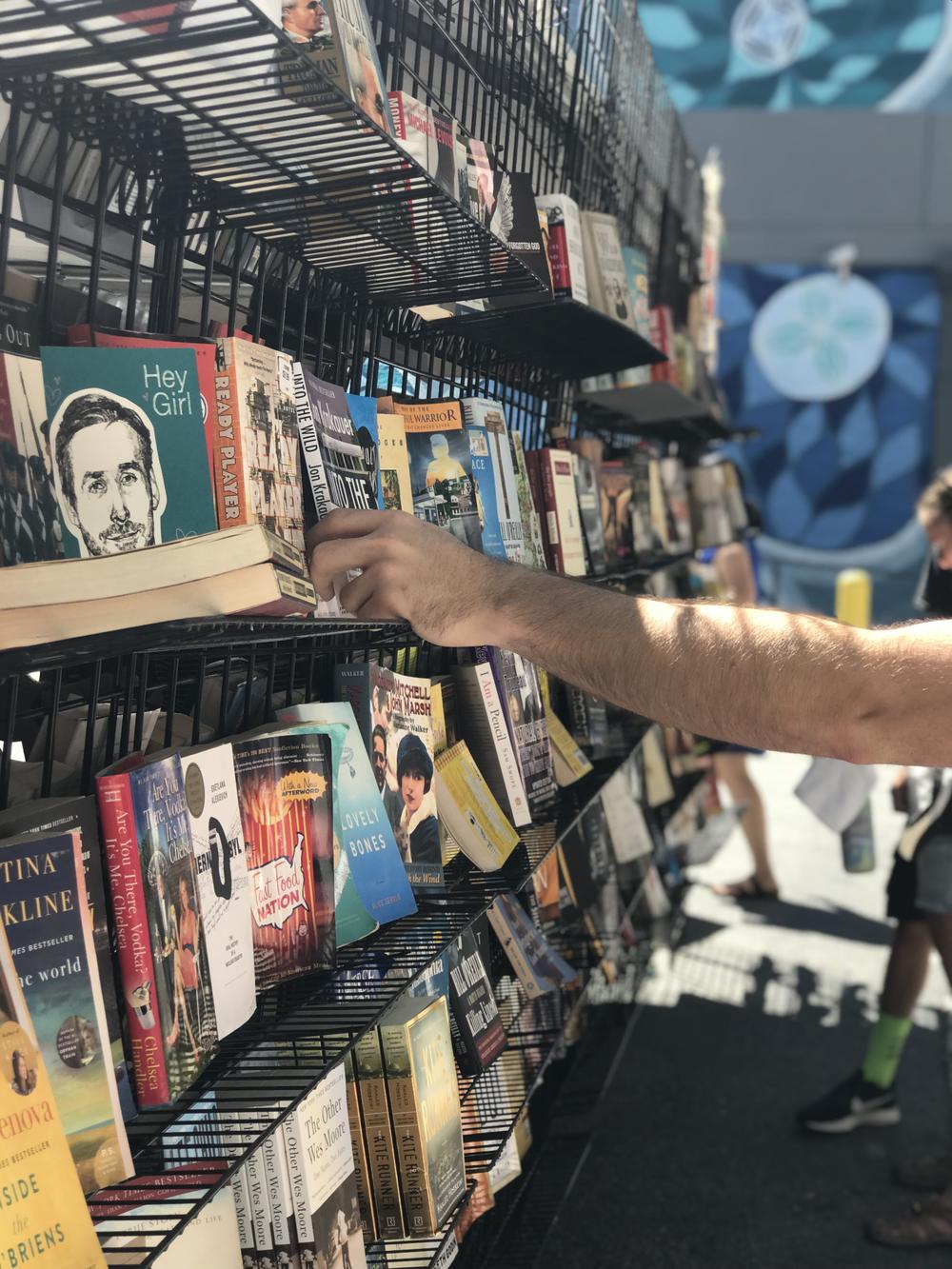 Bookworks are welcome to attend the 14th annual Atlanta Journal-Constitution Decatur Book Festival this Labor Day weekend, which will be held in downtown Decatur. Several of the authors appearing at the festival recently visited On Second Thought.

Political leader and nonprofit CEO Stacey Abrams will be speaking about her memoir, Lead From the Outside: How to Build Your Future and Make Real Change, which is about minority women making changes in a white male-dominated area. The session is Saturday at 10 a.m. in the First Baptist Decatur Sanctuary and is expected to be at full capacity — festival organizers advise arriving at least one hour in advance.

Abrams spoke with GPB News when she announced she would not run for U.S. Senate.

Karen Abbott, journalist and bestselling author of Sin in the Second City and Liar, Temptress, Soldier, Spy: Four Women Undercover in the Civil War will speak on organized crime Sunday at 5 p.m. in the Decatur Presbyterian Sanctuary. Abbott’s most recent book, The Ghosts of Eden Park, tells the true story of George Remus, known in the 1920s as King of the Bootleggers.

Abbott was featured on On Second Thought earlier this month and she will be receiving this year’s Judy Turner prize at a reception held Thursday.

LISTEN: 'We Are All Good People Here' Raises Questions About Individual Roles In Collective Equality

Susan Rebecca White's new novel, We Are All Good People Here, follows two women from the 1960s to the late 1980s as they travel down different political paths in a time of extreme change.

Characters Daniella Gold, a middle-class girl from Washington D.C., and Eve Whelan, from Atlanta's upper crust, are consumed by pledging to the right sorority before they face the shifting tectonic plates of America in the 1960s.

The novel follows the women as their paths in life and activism diverge. Thirty years later, their choices reverberate on the lives of their daughters.

White will be at the Decatur Book Festival Saturday, Aug. 31.

LISTEN: Georgia Author Explores Toxic Masculinity In Memoir, 'The Man They Wanted Me To Be'

Jared Yates Sexton, associate professor of creative writing at Georgia Southern University, joined On Second Thought to talk about what inspired him to write The Man They Wanted Me to Be, his memoir on struggling to fit the tradition version of maleness — as well as an examination of research on how those traits measurably harm the mental and emotional health of men and the general public. He will be at the Decatur Book Festival on Saturday, Aug. 31.

LISTEN: 'Never Have I Ever' Mines Below The Surface Of Ordinary Lives

Mining below the surface of ordinary lives has made Joshilyn Jackson a multiple New York Times bestselling novelist.

Her newest book, Never Have I Ever, follows a new neighbor who knocks at Amy’s door. The sultry and charming stranger, Roux, hijacks the agenda at book club and soon moves into Amy’s life with a blackmail scheme to expose a long buried secret.

Julian Zelizer and Kevin Kruse look at two important details of history that have been largely absent from most textbooks — sexuality and gender. Their book, Fault Lines: A History of the United States Since 1974,  dives into the cause and effect of issues that started decades ago and have left long-lasting effects. Zelizer was a featured guest on On Second Thought and will speak at 3:45 p.m. on Sunday, Sept. 1 at the First Baptist Decatur Sanctuary.

Supreme Court Justice Sonia Sotomayor will discuss her newest children’s book, Just Ask! Be Different, Be Brave, Be You, at Agnes Scott College at 4 to 5 p.m. on Sunday.

Sotomayor sat down with Virginia Prescott in 2014 to talk about her memoir, My Beloved World. While cases were off limits, the conversation followed her journey of growing up in the housing projects of South Bronx and Queens to sitting on the highest court in the land.

Ocean Vuong is part of the Mailchimp track of emerging authors at the AJC Decatur Book Festival on Sunday, Sept. 1.

His debut novel, On Earth We’re Briefly Gorgeous, was one of the most anticipated of the year.

Written as a longform letter from a character named Little Dog to his illiterate mother, the novel charts Little Dog’s path from childhood into adulthood, often reckoning with violence, loss and belonging. Severely bullied by his classmates and physically abused by his mother, whose trauma from life in Vietnam still weighs heavily on the family, Little Dog finds temporary refuge in drugs, a teenaged love affair and in the dyamic power of language itself.

Atlanta-based author and primatologist Frans de Waal has observed animal behavior for 40 years, often challenging the prevailing scientific notions of animals as stimulus response machines. His new book, Mama's Last Hug: Animal Emotions and What They Tell Us About Ourselves, details findings on jealousy and reconciliation.

De Waal will be at the festival Sunday, Sept. 1.

Disappearing Earth was recently named to the Center for Fiction’s 2019 First Novel Long List, and Julia Phillips will be at the festival Sunday, Sept. 1.

Phillips joined On Second Thought to talk about why she chose to set her novel in Kamchatka Peninsula in Russia, how her experiences traveling with reindeer herders shaped her writing and the cultural parallels between post-Soviet Kamchatka and parts of rural America today. 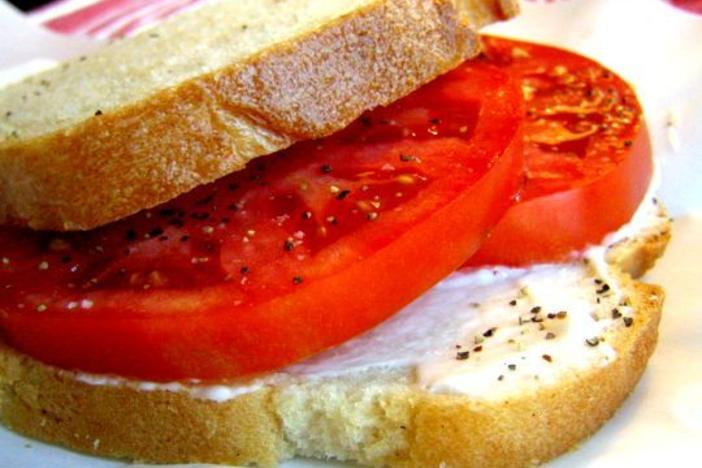 Tomato season is just starting. Chuck Reece, the editor of The Bitter Southerner, shares his thoughts on the prescription for the perfect tomato...