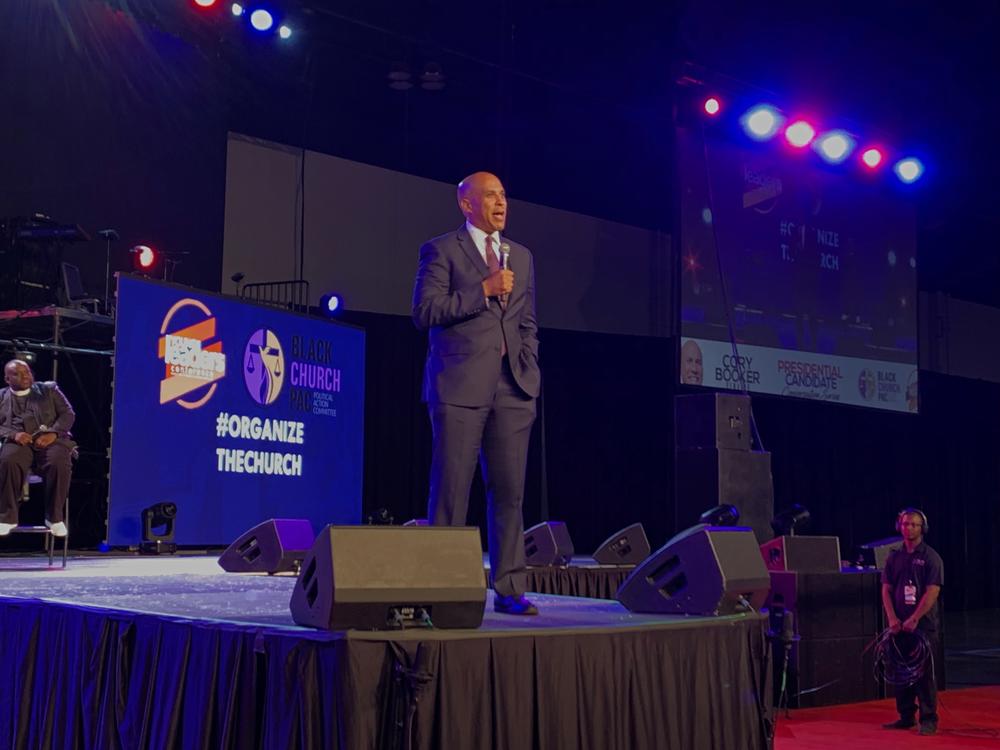 Speaking with Pastors Leah Daughtry and Mike McBride each was questioned at the Young Leaders Conference about why the minority and religious community should trust them with their vote.

Former Housing and Urban Development Secretary Julian Castro was the first to speak at the event.Former HUD Sec. Julian Castro responding to a question from moderator Pastor Mike McBride.

His focus on combating gentrification and uplifting minority communities resonated well with the audience. It was his response to a question about gun violence and white nationalism that garnered the most robust response.

Although not using his name, Mayor of South Bend, Indiana, Pete Buttigieg also referenced President Trump during his remarks.

"I think we've got a crisis on our hands that is even bigger than the crisis that this presidency represents," Buttigieg said. "Because we would never have got a president like this within cheating distance of the Oval Office if there were not already something very seriously wrong in this country."

Few in the crowded field of 2020 Democratic presidential candidates are as comfortable in front of a black church audience as New Jersey Sen. Cory Booker.

He received the warmest welcome from the black millennial crowd of conference attendees and he took a moment during his opening remarks to remind the group of his connection to the church.

"My whole lineage comes through the black church," he told the crowd. "I am the descendent of pastors but, more importantly, in my day in age when I took over as the CEO of a city, as mayor of the city of Newark,  I knew there was no way we could deal with the deep endemic problems of our city unless the clergy led." New Jersey Sen. Cory Booker during his opening remarks at the Black Presidential Candidate Forum.

Each of the three detailed their focus on criminal justice reform and renewed their calls for increased protections for voting rights.

Booker also touted his $2 trillion infrastructure plan aimed, a large portion of which would focus on the clean water crisis that has crippled cities such as Flint, Michigan.

Buttigieg spoke about his priorities to raise the minimum wage and emphasized the importance of fair wages for contractors and workers in the "gig economy."

Mayor Pete Buttigieg responding to a question about poverty in America.

Castro detailed a plan to increase the sales tax on firearms, using the revenue generated from the tax to invest in communities plagued by gun violence.

The three candidates will be followed by appearances from Senators Bernie Sanders and Elizabeth Warren who will attend the conference on Saturday. 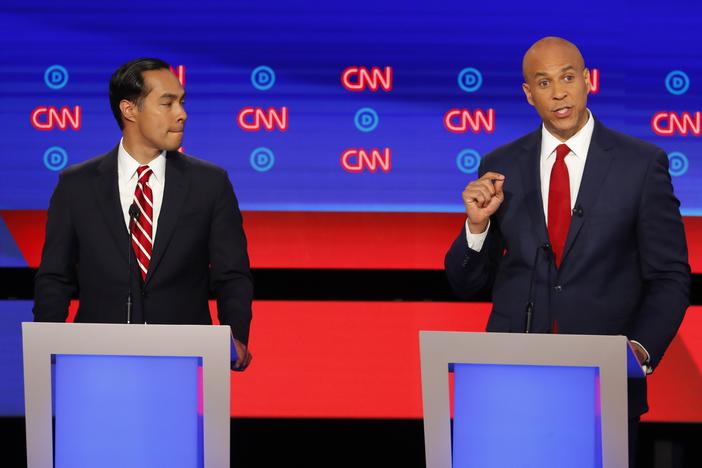 The campaign trail has been quiet after the Secretary of State announced Georgia's 2020 Presidential Primary was moving to a later date in March . No...