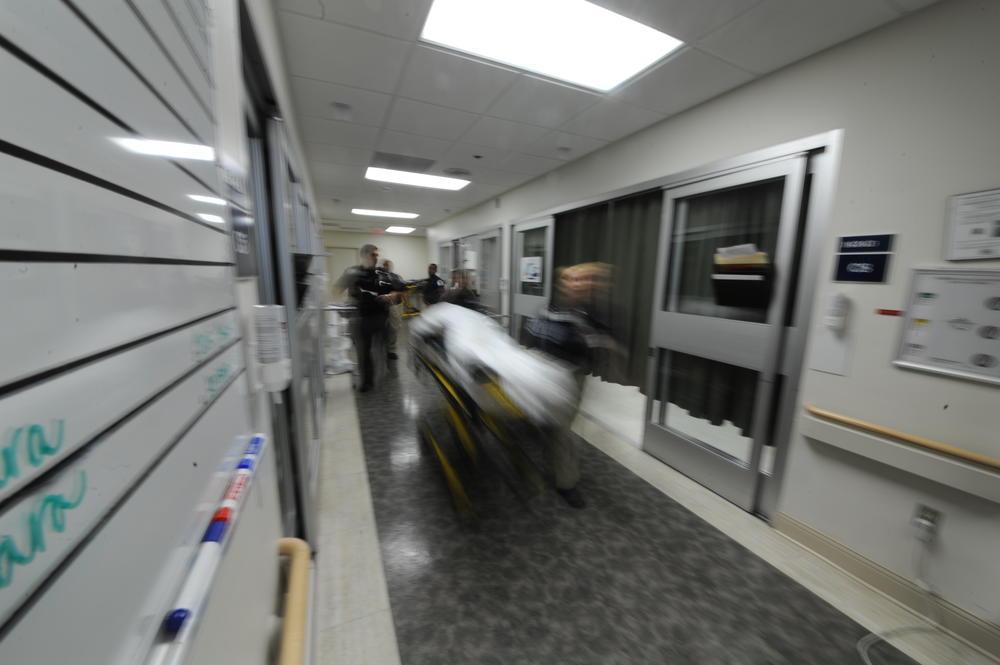 When people get hurt or are victims of violence, they often get not only medical attention, but counseling, too. That is to help with mental trauma.

Often overlooked is the trauma felt by those who help victims. So, where do emergency response personnel turn for help? Content Warning: this story contains material some may find disturbing. GPB’s Drew Dawson reports on where counselors turn when they find themselves in need of mental health services.

When you walk through the Emergency Room at Augusta University Medical Center, your senses are bombarded by the sights and sounds of people in distress.  Many would be overwhelmed by the chaos, but for Dr. Richard Schwartz, it is the world he works in daily.

Schwartz is chairman of The Emergency Medicine Department at The Medical College of Georgia at Augusta University.

His bio reads like that of a Hollywood action hero.  He’s a U.S. Army Special Forces veteran with 20-odd years as a trauma surgeon. He has worked with the Federal Bureau of Investigation, the Drug Enforcement Agency and other law enforcement agencies.  He has, as the saying goes, “been there and done that.”

Over the course of his career, Schwartz has seen horrific things. Some of them still haunt him, like the boy caught tossing eggs at a house one Halloween.

“The homeowner had come out with a high-powered rifle and jumped up on the hood of the car and shot down at the driver, and essentially blew the back of the teenager’s skull apart," he recalled. "And honestly, I’ve never talked to anyone about this. I, to this day, still think about that kid, and you know his laying on the gurney looked perfectly normal, and you roll him over and the back of his head was missing. ”

As an ER doctor, Schwartz has seen hundreds of similar cases. And as a seasoned professional, he has learned to cope.

For the ER doctors and trauma surgeons he is training, Schwartz has instituted “critical incident stress debriefings,” where the team reviews, step by step, the actions they took to try to preserve life. He's also implemented training in ultra-realistic scenarios, called “stress inoculation.”

The hope is that when physicians face real trauma, their "emotional immune system" will kick in allowing them to focus on their critical job despite the horrors they see around them.

Emergency Medical Technicians and other First Responders cannot steer clear of emotional trauma either.  John Smith and Mike Wheeler are veterans of the profession who direct operations for Gold Cross Ambulance Service in the Augusta area.  Like Schwartz, they too have vivid memories of troubling scenes while on the job.

Wheeler credits his belief in a “divine power” with helpling him deal with unimaginable tragedies.

“I’m not a real religious person," he said, "but I do believe in God. I believe that God is pretty much in control of what happens. I can work as hard as I can work…do everything absolutely perfect…but sometimes you just gotta understand that it’s that person’s day.”

Recognizing that some of the less experienced EMT’s they work with have not yet developed a “faith rationale,” Wheeler and Smith keep a close watch on their colleagues for signs of distress. Wheeler recalled a time where he had to pick up a younger EMT and take them to a counselor service. He waited in the parking lot and spent a couple of hours with them to make sure they had somebody to keep an eye on them.

Wheeler himself needed professional help a few years ago. He said, “after a second night of not sleeping or eating, and experiencing chest pains and anxiety,” he knew he needed help.

Keeping an eye on first responders in distress is part of Tasha Pritchett’s job.  From her small office in a non-descript building on the southwest side of Augusta, she counts among her clients medical workers who have experienced emotional trauma.

Pritchett says that when it comes to treating first responders and medical personnel who are experiencing emotional trauma, there is no “magic potion” to make it go away.

“I focus on how they’re coping with it.  And make them 'normalize' some things," she says. "You know, you’re not weird, you’re not odd, you’re not mentally ill…none of that. You’re having a reaction to a very traumatic, stressful situation. And what you’re feeling is normal."

The emphasis on normalcy also comes with a dose of reality. "I don’t try to lie to them and say ‘you’re going to get over it.’ It’s likely not going to happen."

The chain does not end here. Helping clients navigate their tough experiences can also be traumatic for the provider. Pritchett has sought counseling on more than one occasion when the weight of the stories she heard at work felt unbearable.

That's where people like Dr. Kristy Christopher-Holloway come in. She is a clinician with a private practice in the Metro Atlanta area.  When it comes to treating other therapists, she says, “there is the perception that we have it all together, or are supposed to have it all together. But we’re human too.  A preacher needs a preacher, a lawyer needs a lawyer, and yes, your therapist needs a therapist."

Christopher-Holloway says therapists sometimes fall victim to a condition known as “compassion fatigue” without realizing it.  And when that happens, it’s the ethical duty of another therapist to intervene.

When it comes to taking care of the counselors working with first responders or other providers who help people going through the worst, or last, day of their lives, Pritchett says there is no magic potion.

The answer is a strong network of colleagues who look out for each other and share techniques that work for them. And that, Christopher-Holloway says, allows therapists to be ready when traumatized first responders and medical personnel need them the most. 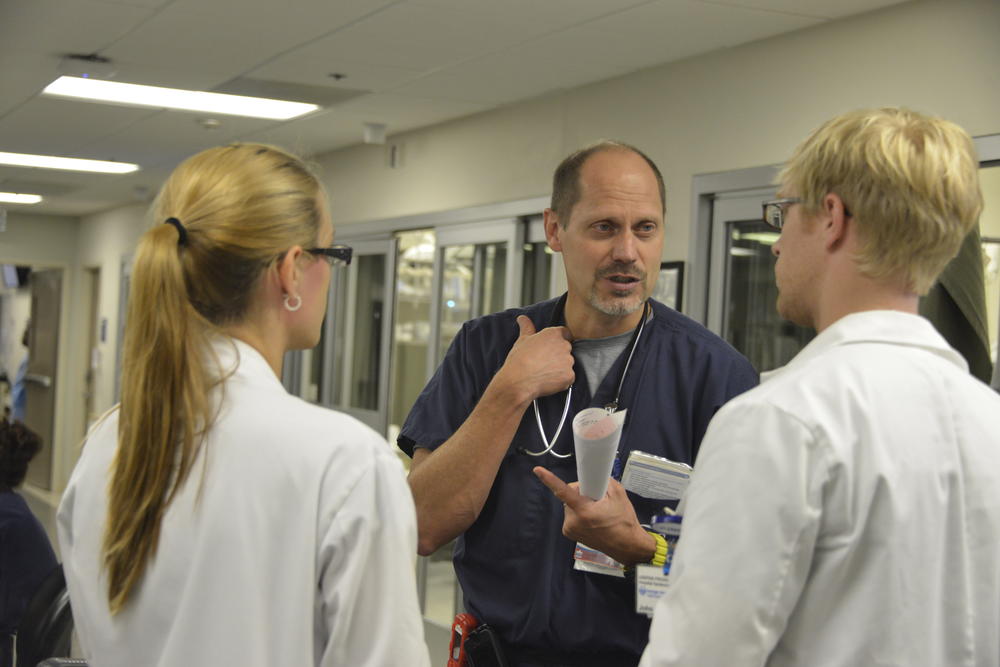 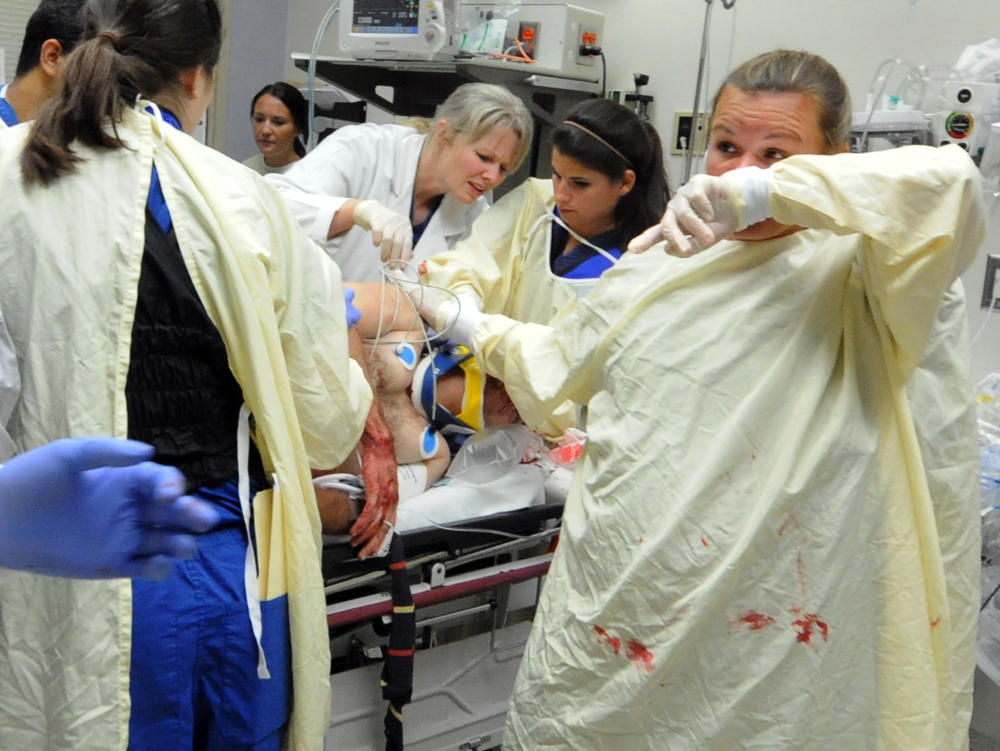 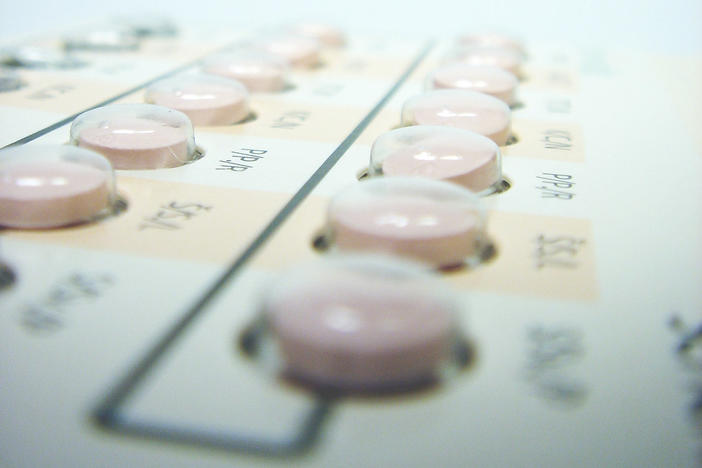 People struggling with treatment-resistant PTSD may soon have a new course of care: MDMA. When used alongside psychotherapy, the synthetic substance in...