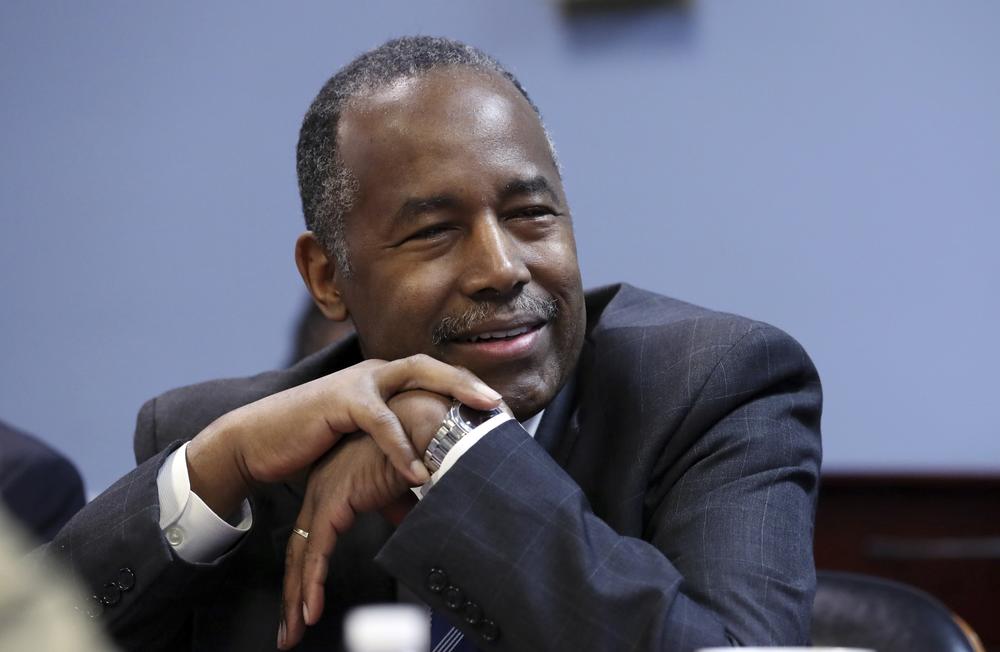 Federal officials held a two-day conference in Atlanta on Emerging Strategies to Affordable Housing, where U.S. Department of Housing and Urban Development Secretary Ben Carson spoke about his plan to solve the issue.

Carson sat down with GPB’s Ross Terrell beforehand to discuss what he sees as the problems that are creating an affordable housing shortage and why he believes President Trump’s tweets to four congresswomen weren’t racist.

You can watch the interview below.

An abbreviated transcript has been provided and edited for clarity.

Ross Terrell: The title of the conference is “Emerging Strategies.” What exactly does that look like?

Secretary Ben Carson:  Well, first of all we have to recognize that we do have a shortage of affordable housing and it's reached a crisis stage but also recognize that Americans tend to be very innovative and very entrepreneurial. So, what we really want to talk about are those things that are emerging that can solve this problem. And that includes the new technologies. But it also includes you know a new cooperation between federal, state and local governments as well as nonprofits and for profit.

The whole gamut of people in order to solve this problem.

Terrell: When you talk about new technologies and you mention tiny houses. Where do those fit in a larger metropolitan area like Atlanta?

Carson: Well, interestingly enough, if you talk about tiny houses there's something called the block program, that was initiated in Seattle, which says that every residential block has to have a tiny house. And at first people weren't too enthusiastic about that, but once they started putting them in everybody said “Wow, this is really cute. I'd like to have one of those in my backyard.”

And it's really a matter of exposure because people have preconceived notions when we talk about manufactured housing. They think we're talking about trailers and double wide and things like that. But we're talking about things that look better than site build houses and that are much more stable during a hurricane or a tornado.

So, introducing those things to people and to the legislators because a lot of rules are in place that were made because of some of the things that existed before that have not been updated. And I don't think it's because people are bent; they just really haven't thought about updating the rules to accommodate the innovative process.

Terrell: We know the affordable housing shortage is affected by things like gentrification. Atlanta is the fourth-fastest gentrifying city in the country. What can you do to make sure affordable housing remains for those legacy or low-income residents in cities like Atlanta?

Carson: Well, the key is planning, appropriate planning. Now, a lot of the housing revitalization that's being done is being done through the RAD (Rental Assitance Demonstration) program is being done with low income housing tax credits and other types of tax credits. Built into that is the requirement for affordable housing, so that takes care of itself.

But also, just working with the various developers, most of them are quite willing to set aside a portion of the housing as affordable housing.

As far as gentrification is concerned, and I think you know we've gotten into a place where we say, well you know this area is reserved for people of this ethnicity and you know having other people move in there is a bad thing. Then at the same time the other side of our mouth we’re saying you're segregating people.

I mean the two things don't make any sense. What we really need to be doing is giving people choice. That means not only in terms of the housing that we develop but it also means the people we take care of through vouchers. We need to make sure that the voucher system is not onerous. If a landlord can take a person who's on a voucher versus one without a voucher, who are they going to take? They’re going to take the one without the voucher because they don't have all of this paperwork and inspections and stuff. We're working very hard on that. We have a national task force making very good progress on that too.

We want people to have choice but we also don't want to neglect the development of a lot of our inner cities. Some of the poor, rural areas that have been neglected over a long period of time. And that's the purpose of this kind of gathering. It's also the broader purpose of something like the opportunity towns.

Terrell: When you talk about working with landlords, does the onus fall on cities? Atlanta Mayor Keisha Lance Bottoms called for a billion-dollar investment into affordable housing. Is that what needs to happen or are we talking more of a policy initiative at the federal level that has to trickle down?

Carson: Well, it's really everybody. And the things that are successful are the ones in which there is a partnership.

You know, yesterday I was in Omaha, Nebraska, and there was a beautiful development in an area that had been just blighted before. But it was a complete operation in which the federal government gave support financially, in which the state made a big effort and in which the city made big efforts and in which the local philanthropic community as well as all the municipalities participated.

Those are the ones that are highly successful. And you also have to have tenant participation whenever you have resident councils. It makes a big difference.

Terrell: When we talk about affordable housing, it’s often about low-income residents but there are also veterans who struggle. Georgia was recently awarded a million-dollar federal grant to help veterans rehab their homes. What’s your response to people who say that’s not enough money to actually make a difference? What does that million dollars look like when it’s in place?

Carson: Again, I always go back to partnerships, public and private partnerships. That's what makes the difference. But do recognize that with veteran’s homelessness, since 2010 that number has dropped by half. Just last year it dropped by 5.4 percent. And a lot of it has to do with the partnership between HUD and the V.A. with HUD providing the housing the V.A. providing wraparound services it's called the HUD VASH program.

But that coupled with some of the public-private partnerships has expanded around the country. Seventy-three communities have declared a virtual end to veterans homelessness, three states and a fourth state will soon be doing the same thing.

Terrell: Another community this issue affects is the immigrant community. It was recently reported that DACA recipients were no longer eligible to receive housing loans backed by the federal government. There are some 21,000 DACA recipients in Georgia. What options are available to them in finding affordable housing if the federal government won’t help?

Carson: Let me first alter the question because it wasn't a recent thing. That's been the case for decades now. What happened is that it was recently brought to light that this was inappropriately being done because the law states very specifically what the requirements are to receive federal housing assistance. So, what needs to be done and where the question needs to be directed is to the legislative bodies. What are you going to do in order to fix that problem?

Terrell: What do you think should be done?

Carson: Well, I think they really need to engage in serious discussion of immigration reform. Until we do that and until we have reasonable common-sense laws we're going to continue to have all of these aberrations and problems pop up time after time again which then just stimulate a lot of argument and animosity.

Terrell: We have investments and you talked about reducing regulations, but do you think the will is there to want to increase affordable housing?

Carson: I think there probably is. You know, I've found a lot of cooperation on both sides of the aisle. When you go in and talk about this and you talk about it in a logical way and you present what the problem is and you present what the solutions are. Most of the legislative bodies, the city councils, the mayors are willing to look at some of these archaic regulations.

In many cases one regulation was put in place that was supposed to replace another one but instead of replacing it it's just layered on top of it.

So you have multiple layers of regulation which makes the distance between point A to point B much greater because it becomes a labyrinth instead of a straight line.

Terrell: Recently in the news have been Trump’s tweets telling four congresswomen to "go back" to where they came from and a debate over whether that was racist language. You said it wasn’t. What’s your response to people of color who say you’re in a unique position to call out the president for tweets that could affect their everyday life?

You may be more tempted to say that if they say, "I want you to change all of this stuff to my liking." That's a frustration that many Americans feel, you know, particularly the people that you're talking about some of the more radical elements that want to abolish ICE; they demonize our border patrol people, and the police.

When you think about this stuff, it really doesn’t make a lot of sense. But I think the American people on both sides — if they sit down and talk about these things rationally and stop making everything into some kind of drama — I think we can get these problems solved.

Terrell: And, lastly, on affordable housing, what solutions have you seen in other that actually work and can be implemented here in Atlanta?

Carson: I look at a place like Miami, Liberty Square. Infamous as a place of crime and poverty and through public-private partnerships, holistic community development, they are redeveloping. A few weeks ago, we cut the red ribbon for the first development.

They had 706 units in their public housing. It's been redeveloped to 1,455 and it's going to be multiple incomes in there. But they've made sure that the people are not displaced, and those people have first dibs on the new apartments. I went into one of new apartments and it’s absolutely gorgeous. This tenant who had been in public housing for 30 years couldn't believe it. She said, "I've died and gone to heaven." It wasn't costing her any more. It can be done. 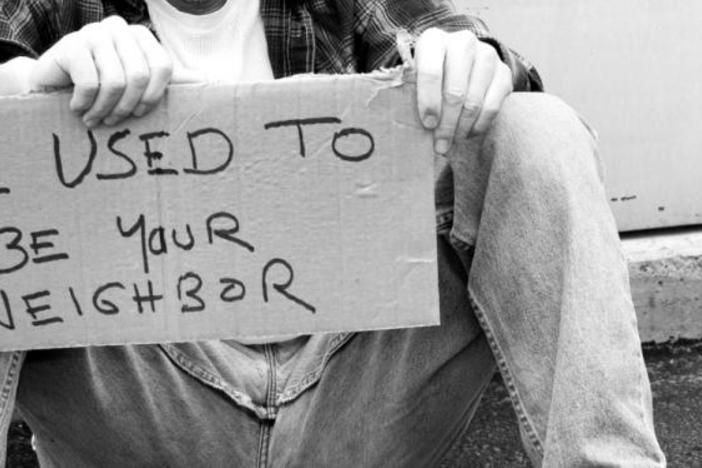