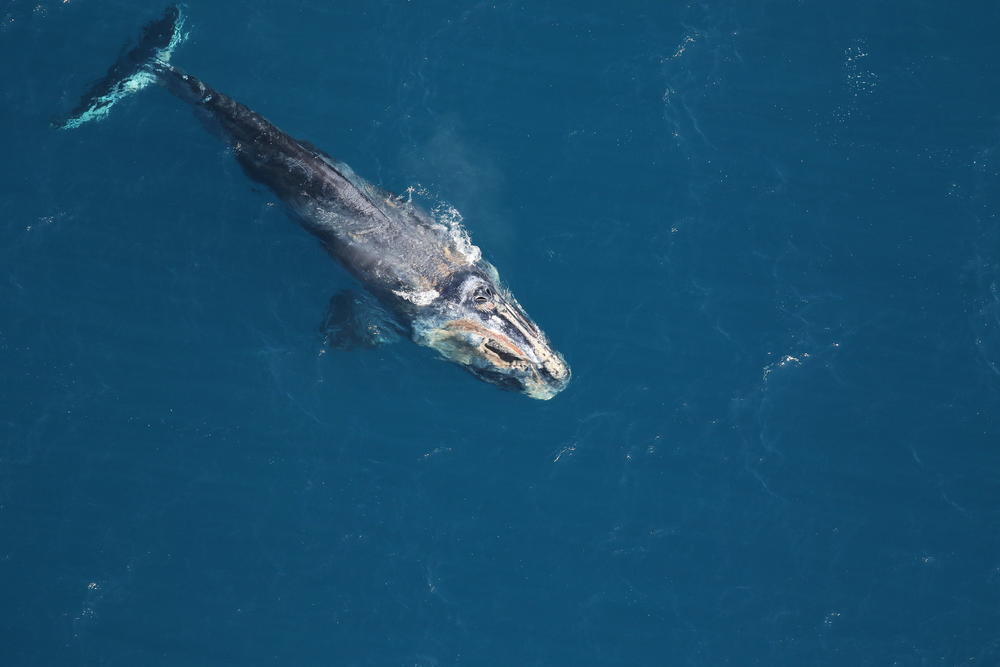 Caption
A badly injured and emaciated right whale swims off the coast of Jekyll Island in 2018. Injuries from ship strikes and fishing lines cause most right whale deaths.

Researchers estimate that just 411 North Atlantic right whales remain, so six of them dying is significant.

Every winter, the whales migrate to coastal Georgia and Florida to give birth.

Veterinarian Sarah Sharp of the International Fund for Animal Welfare says three of the dead whales were females old enough to have babies.

"This is devastating for these animals, and really reduces the potential that this population can recover," she said.

Sharp is the lead author of a recent study of right whale deaths between 2003 and 2018. In the cases where the cause of death could be determined, nearly 90% were caused by humans.

Those whales died after getting tangled in fishing lines or struck by ships.

Sharp said without changes to regulations for fishing and shipping, the whales will likely go extinct "within probably the next few decades." 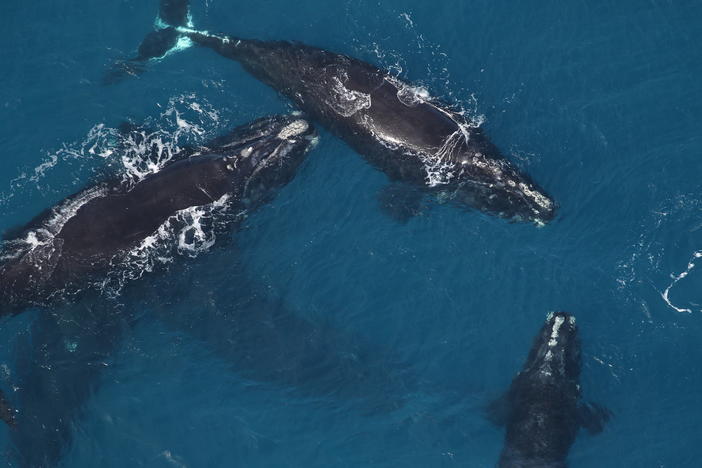 A federal judge has reinstated a fishing ban in New England that aims to protect North Atlantic Right Whales. 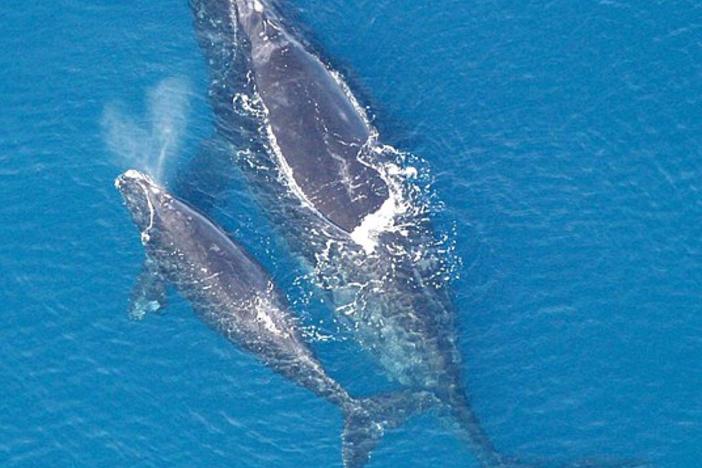