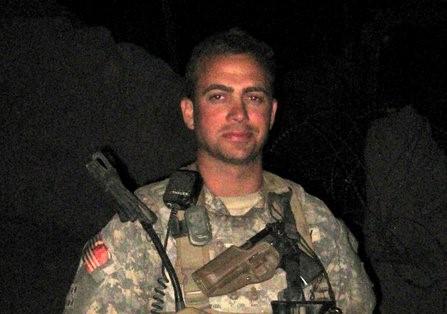 Garrett Cathcart of Atlanta waited six years after the end of his active duty military service to step into a therapist’s office.

He says his military training taught him to be “alpha” and “macho,” which discouraged him from expressing emotional vulnerability.

“The Army...does an amazing job of creating a soldier,” Cathcart said, “not so hot on taking a soldier and turning him back into a civilian.”

Two veterans in Georgia died by suicide in April, one outside the entrance of the Atlanta Veterans Affairs Medical Center and another in the parking lot of the VA Hospital in Dublin.

Gregory Kendall, the Atlanta VA Public Affairs officer, responded to a request for comment by saying that suicide prevention is the VA's highest clinical priority.

Last month, the U.S. Department of Veterans Affairs’ Office of Mental Health and Suicide Prevention announced a pilot program in the Midwest for a new public health model that attempts to prevent veteran suicide in part by encouraging community partners to inform veterans of the benefits of prevention and treatment for mental health issues.

Though not a part of the pilot program, the Atlanta VA’s suicide prevention task force attempts to strengthen community partnerships through outreach efforts, said Dr. Bekh Bradley-Davino, director of the Trauma Recovery Program.

Engaging community partners is crucial because the majority of veterans are not even members of the VA. Though Cathcart was a member of the Atlanta VA, he ultimately sought therapy at Headstrong, a nonprofit that he helped bring to Atlanta that provides free therapy to veterans.

This journey to bring a new nonprofit to Atlanta was just one of the “coping mechanisms” that Cathcart involved himself in to help him transition home from the Army.

“For that time you're in, you've got this incredible shared sense of purpose, camaraderie; you know you're doing some really amazing things,” Cathcart said. “It's hard to be ripped out of that world.”

Other Atlanta veterans looking for a sense of purpose or community can join a number of organizations, such as Team Red White and Blue, The Warrior Alliance and the Wounded Warrior Project.

Even though the VA is pushing to expand its relationships with community partners, Bradley-Davino emphasized that it is also working to improve its current services. It still offers free, confidential support to veterans in crisis or to people concerned that they may know a veteran in crisis at 1-800-273-8255. Additionally, Veterans struggling with suicidal thoughts can go to maketheconnection.net to hear from Veterans and family members who have overcome those struggles, and families of Veterans can learn more about the warning signs of suicide here. 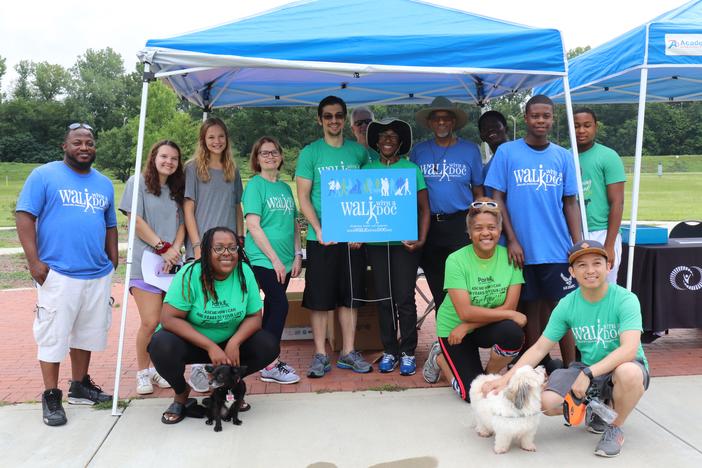 It’s 9 a.m. on a Saturday morning just after the Fourth of July, and Nancy Cleveland is on the move. She joins a group of about 20 Macon residents in...