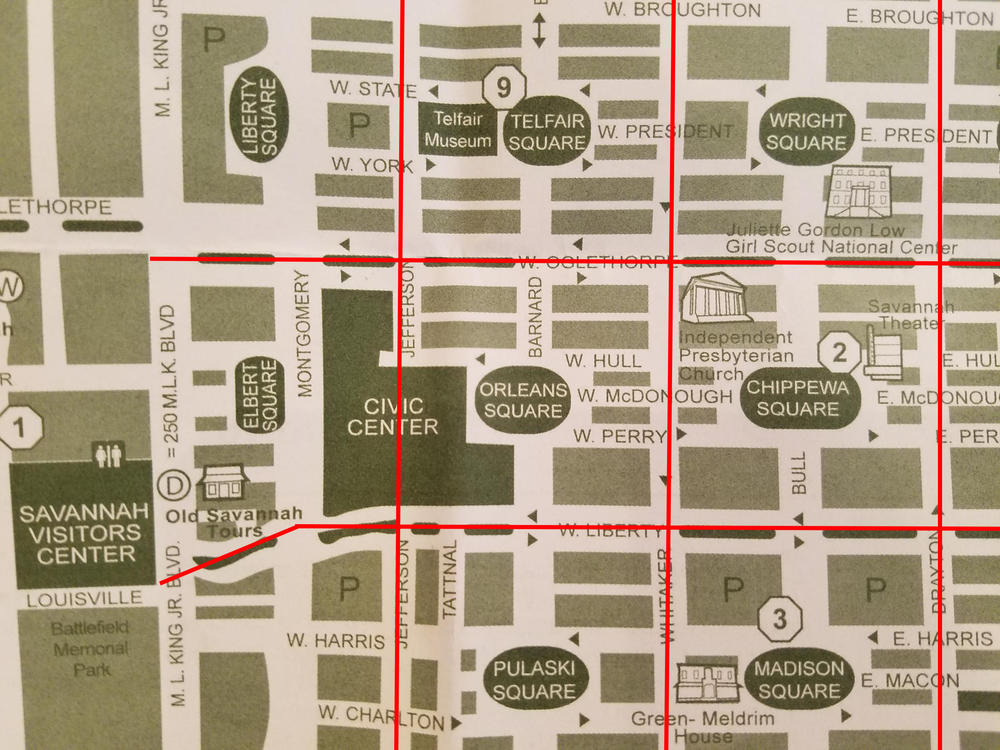 Caption
Savannah's city plan consists of a series of wards, or streets and lots, laid out around a square. The existing civic center disrupts two such wards, with one of the squares reduced to a small strip.

Savannah is well known for its grid of streets and small parks, called squares. But over time, bigger buildings like the city's civic center have encroached on some squares and disrupted the grid.

Now, the city council has adopted a plan to tear down the civic center and reestablish the streets and squares on the site.

Municipal Archives Director Luciana Spracher said visitors would see the changes as they exit the highway.

"That would be a real signal that 'Hey, I've entered the historic Savannah,'” she said. “You know, 'This is what I came for.'"

Spracher said the city will also seek input from residents and other local groups as they redevelop the site.