Atlanta United Fans Among Most Dedicated In The World 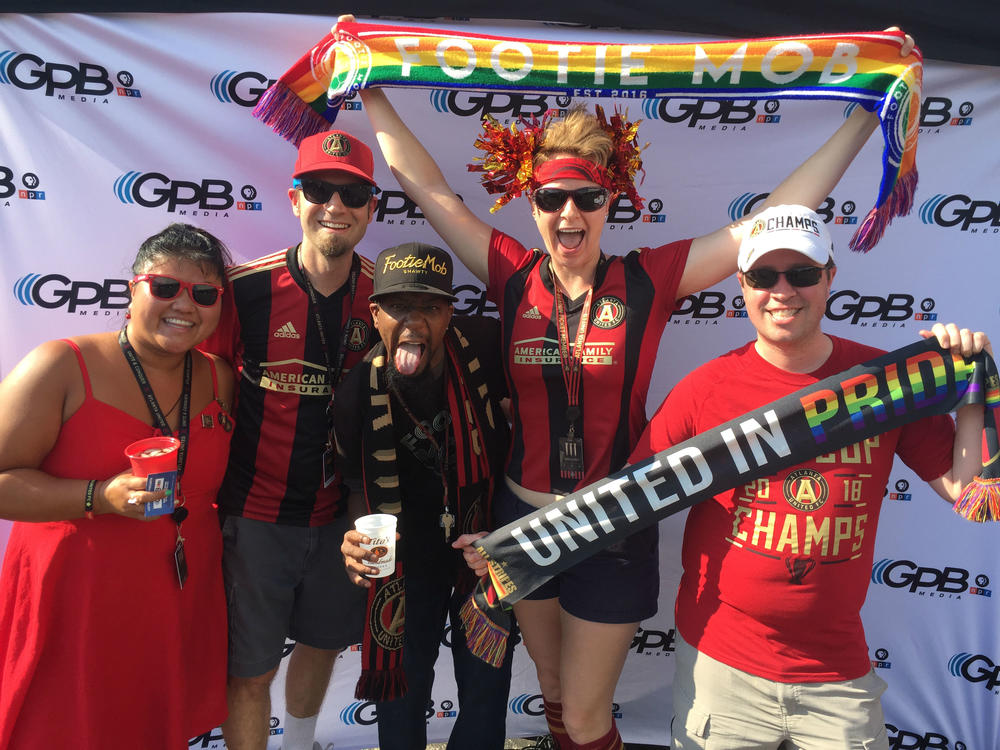 Caption
Attendance at Atlanta United games is more than double the average for Major League Soccer.

Soccer is considered the most popular sport in the world. Half of the world's population watched some part of the month-long 2018 World Cup in Russia, according to FIFA.

As popular as soccer is globally, Georgia soccer fans still stand out for their dedication to the sport.

GPB's Rickey Bevington talks to two Atlanta United superfans about soccer culture in Georgia during a live show at an Atlanta United tailgate in downtown Atlanta.

Atlanta United fan attendance ranks in the top 10 in the world, according to the CIES Football Observatory.

GPB's Rickey Bevington explored Georgia's growing soccer culture in a show broadcast live on May 29 from an Atlanta United tailgate in the Gulch in downtown Atlanta.

She talked to the founders of Statesboro's new professional soccer team, youth players with the Atlanta United Academy and organizers of an Atlanta nonprofit that promotes youth development through soccer.

She also sat down with two Atlanta United superfans.

Rickey Bevington: Why don't each of you begin by telling me why you became soccer fans?

Kelly Frances: Well, my dad wanted a boy, so I ended up watching a lot of sports with my dad growing up: baseball, football, maybe a little bit of hockey. Most of them were the traditional American sports.

Right around the time I was in high school going into college, I started watching a lot of La Liga and obviously the World Cup whenever it was on, and sort of got hooked on watching soccer.

It just sort of developed over time. It would be this sport that I just would continuously watch instead of doing homework or writing papers, and it just became a love. Then Atlanta United came around and got me hooked into MLS, and here I am. People listen to what I have to say; it's kind of great.

Bevington: How about you Joel?

Joel Diaz: I am the product of Cuban immigrants, and I was a bad Cuban kid and hated baseball. As a child, the first organized sport I played was soccer and I fell in love with it. When my mom left Cuba with her parents, they went straight to Madrid and took the European way out.

So I grew up watching Spain's national team and being sent uniforms from Real Madrid and the Spanish national team from friends. So that's how I fell in love with soccer, playing it and then kind of being inculcated into it through Spanish culture.

Frances: Well, I'm a member of Terminus Legion and Footie Mob, and Joe here is the head honcho, one of the big dogs for The Faction. So he runs the tailgates more so, and I just come and enjoy and partake in them. So I'm going to let him say what's done at a tailgate and how that's run.

Bevington: But also you guys do community service?

Diaz: There's tailgates. There's community service. There's the tifos, which we can get to in a minute if you want. ... There's an incredible sense of community built around each of the supporter groups, which is what I love.

Although I'm a member of The Faction, at the tailgates I float around to all of the supporter group tailgates, just because you get to meet people. I hope I'm not jumping ahead, but it's completely different than any other tailgate I have ever experienced at any other sporting event.

Bevington: We'll get to tifos in a second. What's the difference between a soccer tailgate and a football game?

Diaz: Because of the supporter group culture, there is just a larger group of people, a larger community of people coming together for a unified cause. When they announced that Atlanta's team was going to be named United, it got knocked because we were ripping off European and English soccer teams by that name. But it really is a snapshot of Atlanta.

Being a kid who was born and raised here in Atlanta all of my life, this is the first time I've come to a sporting event where every segment of Atlanta is represented. And for me being a Latino is super important, but I love how African-American culture has bought into it. Footie Mob is really a big part of that.

But just tons of nationalities, I have Turkish friends. I have Armenian friends. I have friends from all over the world, and we come here united to cheer on our team as a city, and that's the beauty of it all.

Frances: Absolutely. That's 100% the best thing about coming to tailgates. Like you said, even if you're in one supporter group, you can literally meander through each and every pocket that's in the Gulch and meet different people of different origins and different walks of life. You gain this entire family that it just feels like ... what honestly for me was lacking in my life. I mean, I went to sporting events, and I would go to a game, and then I would leave.

And then not only that, but I find it absolutely fascinating because normally, when you have other tailgates or in other places, you have the away team coming in, and there's a lot of banter back and forth that's normally negative. But any time we see anybody that's up from the away team, we normally just give them beer and say welcome.

Bevington: In the last minute we have, what is a tifo?

Frances: A tifo is a very large piece of fabric that's basically hung right around the national anthem of any game or at the beginning of a match. It's something that's created by the supporter group. Particularly for Atlanta United, it's chosen ahead of time which supporter group will do it. But they design it. They come up with the idea. They spend weeks making it. They sew the fabric together. They paint it. It's just this amazing community event. 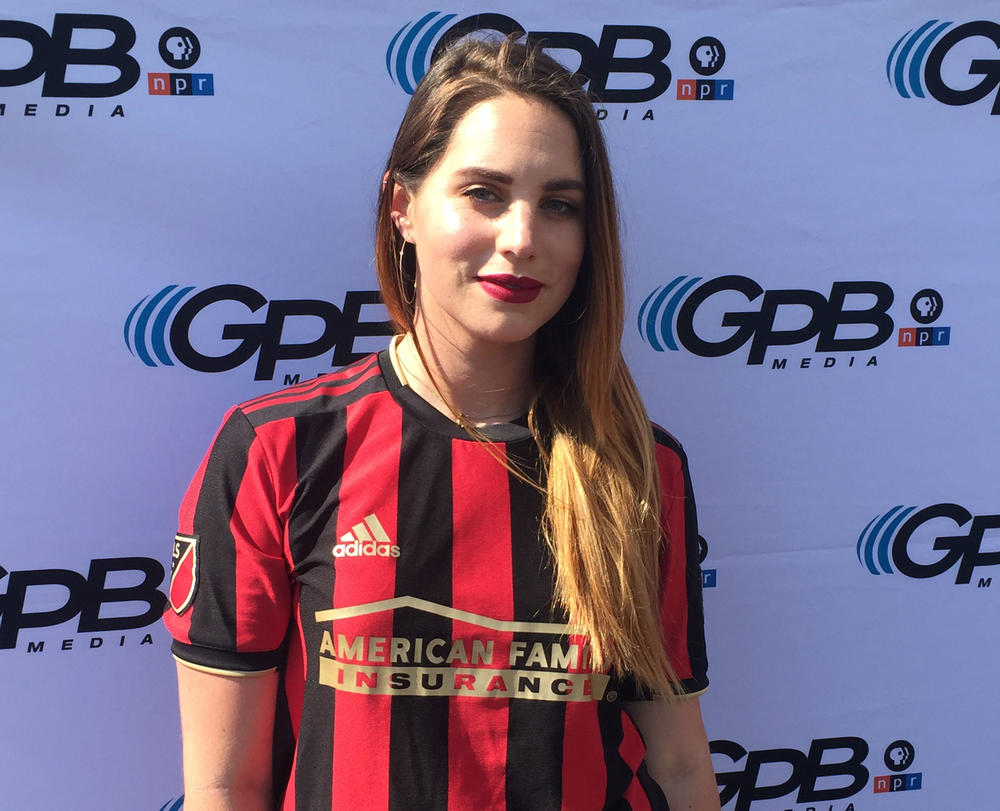 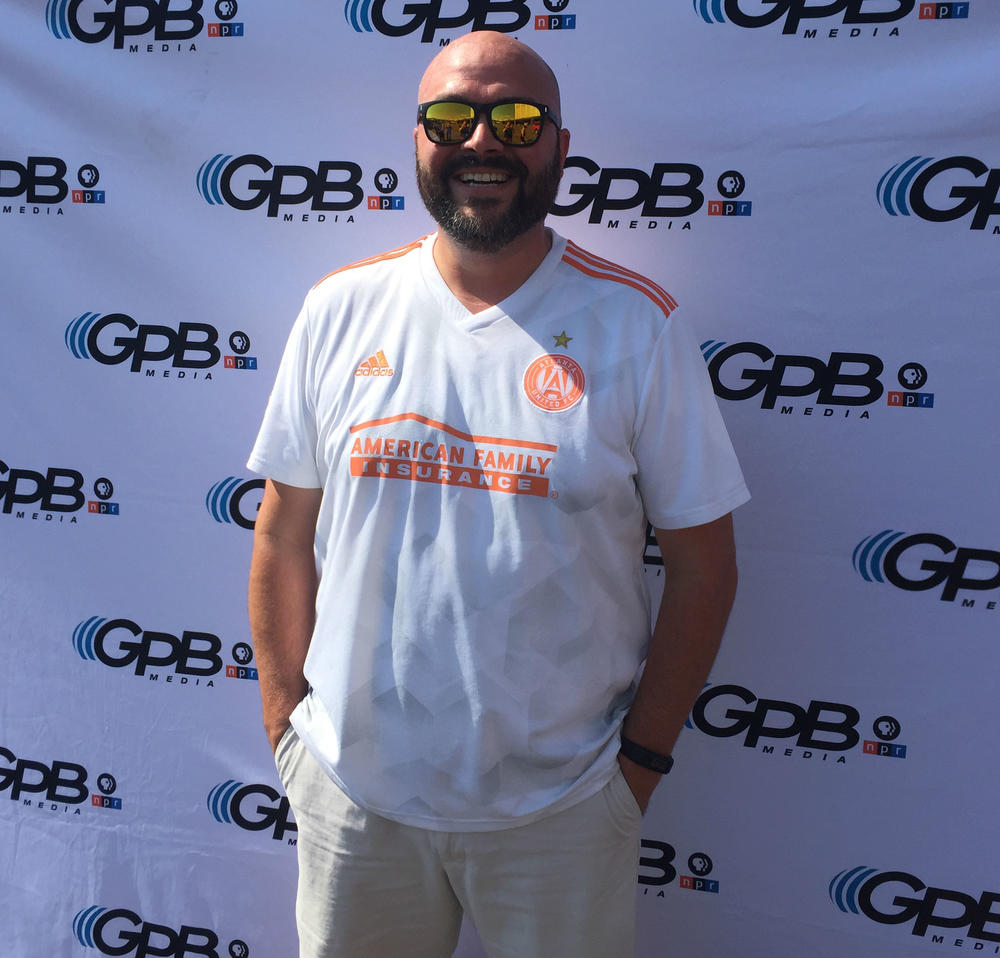 Caption
Joel Diaz is a founding member of the Atlanta United supporter group The Faction. 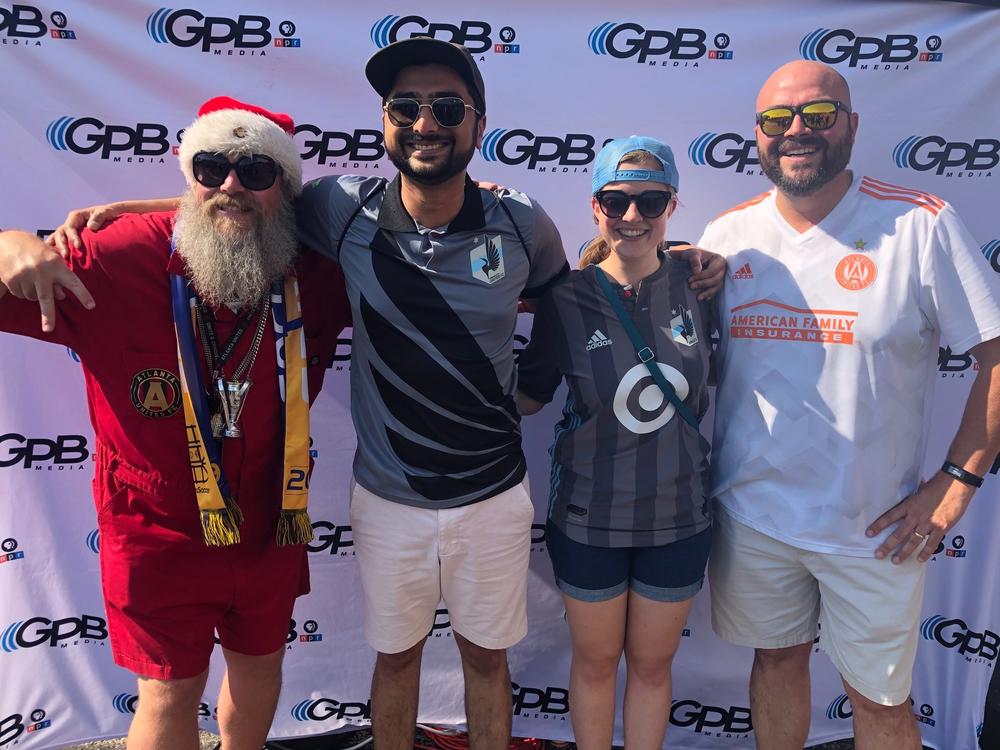 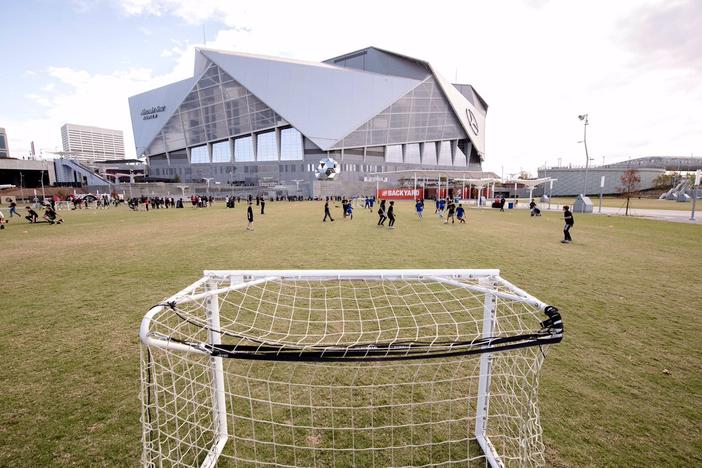 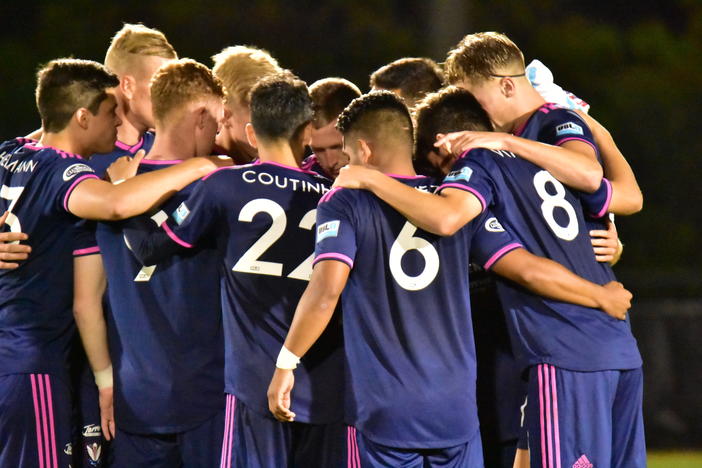 Georgia's Newest Soccer Team Is In The Heart Of Football Country

When you think of sports in Georgia, your mind might immediately jump to football then maybe basketball or baseball. But, according to a 2018 Gallup...