In Macon, A Mile-Long Line For Jobs 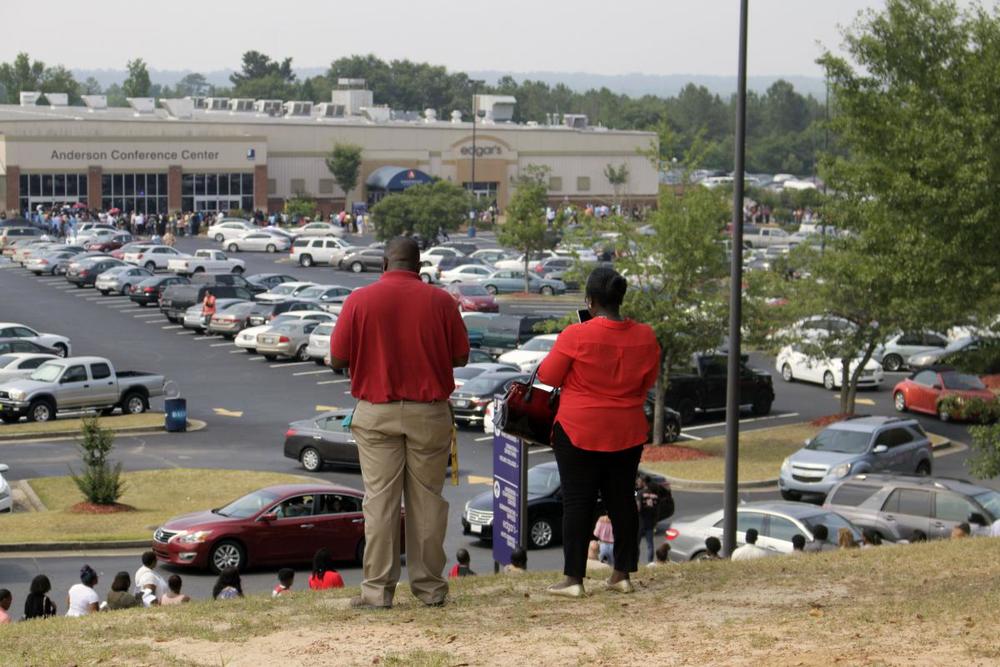 Caption
Thousands of job hunters wait in a mile-long line along Eisenhower Parkway for a warehouse job fair in Macon.

Over 3,500 job hunters waited in a mile-long line stretching down Eisenhower Parkway in Macon for a warehouse job fair at the Anderson Conference Center June 4. Some applicants left early after hearing that Amazon, the largest employer, was not hiring or conducting interviews on site.

As they waded back through the line to get to their cars, those who managed to get inside and meet with Amazon representatives warned other applicants they were only waiting to receive a phone number. In the coming days candidates who text the number will receive updates notifying them when Amazon actually starts hiring.

Despite the warnings, Tiffany Gilmore waited out the crowd in 94-degree heat. She and her husband already have jobs, but they called off work and hired a babysitter so they could attend.

Job hunters like Gilmore were drawn to Amazon for the higher wages, but that wasn’t the only benefit the company advertised. Mia Forrester, a student at Central Georgia Technical College, drove up from Byron for Amazon’s tuition assistance program.

“I’m a nursing student,” Forrester said. “That’s really big for me, especially because I’m the one who’s paying my student loans.”

As a part of their Career Choice program, Amazon will pay 95% of tuition, textbooks and other related fees for hourly employees, according to their website.

Hourly employees can take advantage of the program after they've worked a full year, but only for degrees in what the U.S. Bureau of Labor Statistics considers high-demand fields. These include aircraft mechanics, computer-aided design, machine tool technologies, medical lab technologies and, luckily for Forrester, nursing.

Steven Burns, who holds a degree in supply chain management, said he wanted a job with Amazon for its brand.

“Amazon is going to be one of the world’s largest companies,” Burns said. “I mean, we did a study on their supply chain, so I’m already versed with Amazon, especially the center they just built.”

Although its launch was initially scheduled for the spring of 2019, Amazon’s new fulfillment center is set to open this summer in Macon. Its opening will create 500 new full-time positions.

Job seekers stayed at the fair until 6 p.m., three hours after it was scheduled to end, according to the Macon-Bibb Industrial Authority.

Once the Macon location opens Amazon will have a total of six distribution centers in Georgia including; Braselton, Jefferson, East Point, Lithia Springs and Union City. 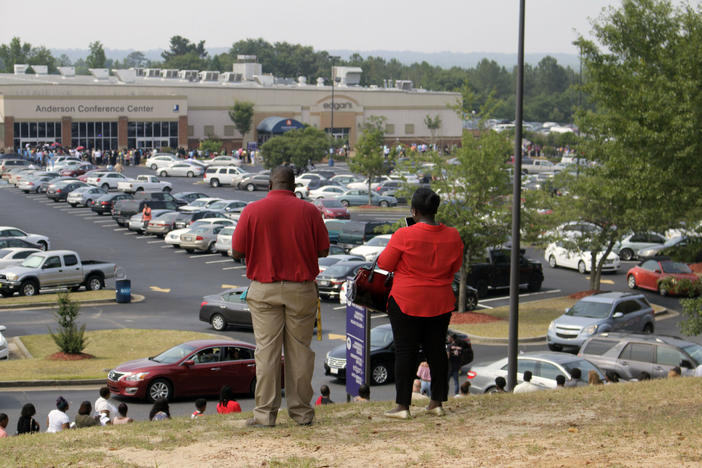 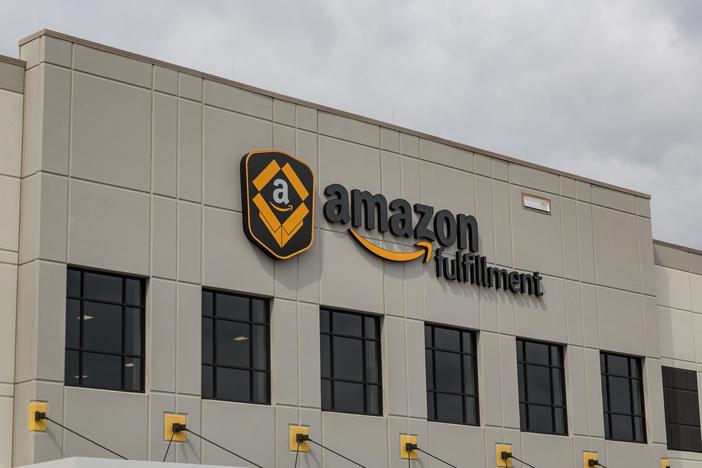 Online retailer Amazon is hiring 75,000 people to handle increased demand from the coronavirus pandemic. Roughly 1,500 of those jobs will be in Georgia....

Amazon is opening another massive warehouse in metro Atlanta that will create 500 new jobs.