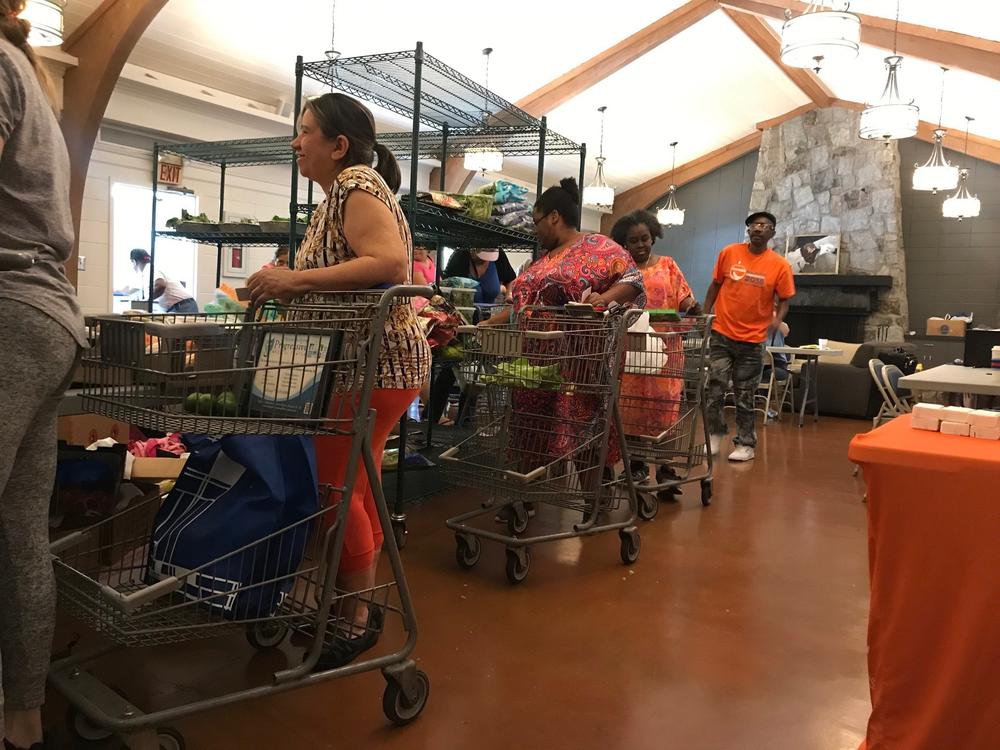 Bobby Akins lives on Auburn Avenue in downtown Atlanta. He lives in a high rise and has a fixed income, but finds himself in a food desert.

That's an urban area where the closest supermarket or grocery store with fresh produce is more than a mile away.  In fact, more than a third of Atlanta is considered a food desert.

“There’s no grocery store around me at all,” Akins said. “They got little convenient stores and they got gas stations. They’re open 24 hours but you gotta pay double for everything.”

The closest large grocery store for Akins is Publix, which is about 2 miles away.  And he doesn’t have a car, which makes it harder to get fresh produce.

“To be in a food desert and to have limited options in terms of transportation, that compounds the problem,” Rodney Lyn said.

He teaches in Georgia State University's School of Public Health.

“If you’re in a food desert but you have access to an automobile, that helps to mitigate the barrier in some ways.”

Akins relies on Metro Atlanta’s Rapid Transit Authority, to get to Malachi’s Storehouse, a food pantry in Dunwoody. The storehouse gets food from Costco, Trader Joes and other supermarkets.

“I get the number 3 MARTA bus around the corner, then I go to Five Points, get the northbound to Chamblee, then the 132 to here,” Akins said as he was helping set up at the storehouse.

It’s a trip that takes him more than an hour, and that’s if everything goes as planned. He visits the storehouse every Wednesday to stock up on fresh groceries.

Denise Blake, with Wholesome Wave Georgia, a food justice organization, said the long commute is just the tip of the iceberg when it comes to food access.

“It’s one thing to be able to get to market with yourself and maybe a couple of kids,” Blake said.  “It’s another thing to have to try to get home while you’re schlepping bags and baskets.”

One way the city is working to help families who are in food deserts, a partnership with Lyft, Wholesome Wave and farmer markets. The rideshare company started offering subsidized rides to grocery stores for 300 families in the metro area who are food insecure.

“People who are participating in this pilot can have a very cost effective, door-to-door service without that barrier of the time it takes to get back home on MARTA with all of your shopping items,” Blake said.

But the program is limited geographically, as it focuses on families just in Atlanta and it’s only six months long.

Another issue arises after getting to the store. Most people have to rely on food stamps to buy higher priced groceries.

Akins used to receive hundreds in food stamp benefits, until he started pulling in too much money.

MARTA, the transit authority which he relies on, offers fresh food markets at stations on Atlanta’s west side and SNAP benefits are doubled there.

Blake said that isn’t going to replace large retailers, but it’s a step in the right direction.

“They don’t have to leave the station or if they want it just to be a destination to shop that’s available to them,” she said.  “It gives people the dignity of choice.”

And that’s what Akins appreciates about the storehouse. He shops around picking what he wants, sifting through the good and bad produce, before stuffing a suitcase full of groceries to take back to his apartment. Though he says, it isn’t all for him.

Akins said he doesn’t mind going to the food pantry but what he really wants, is an affordable grocery store in his neighborhood.

This story was updated on Thursday, June 6 to correct how long the Lyft program is and the spelling of Denise Blake's name 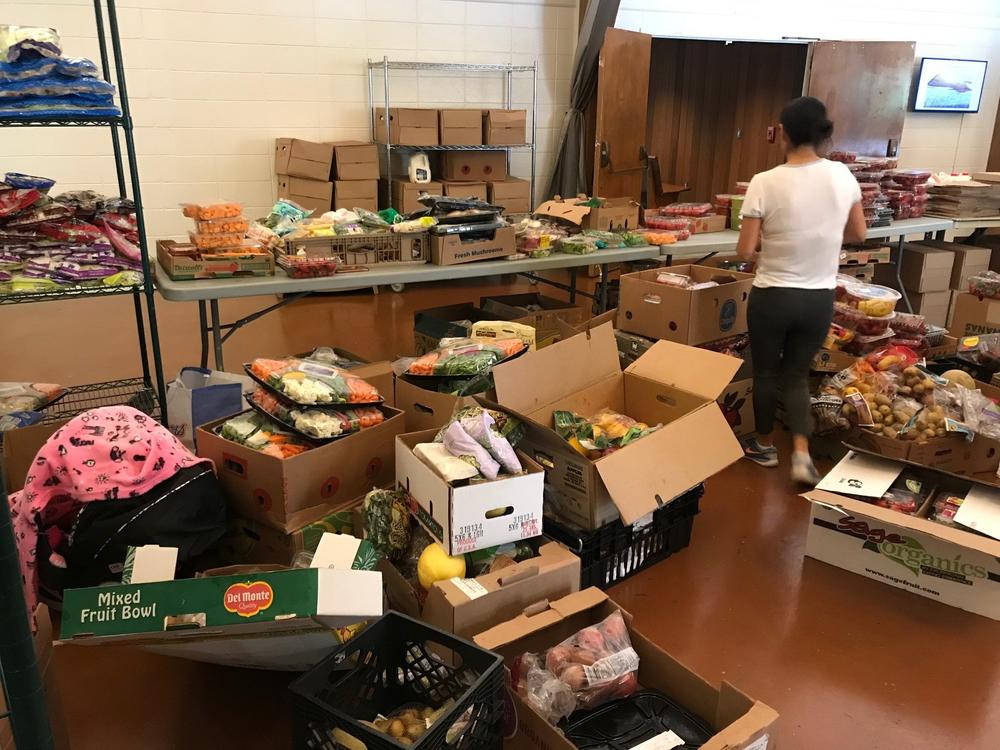 A volunteer at Malachi's Storehouse arranges produce for the 150 people who visit each Wednesday to get groceries. 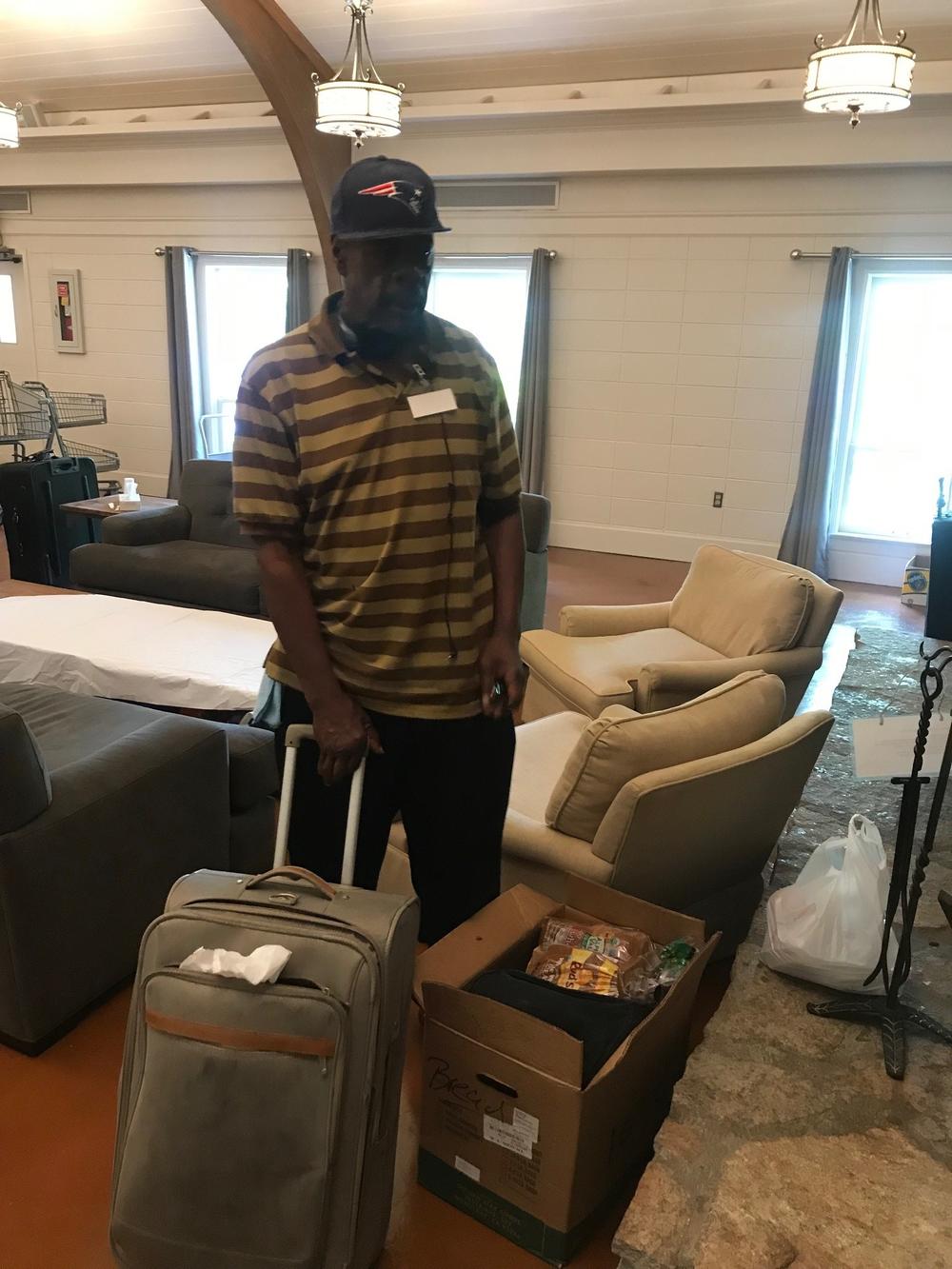 Akins stands with his suitcase that he carries his groceries in when taking MARTA. 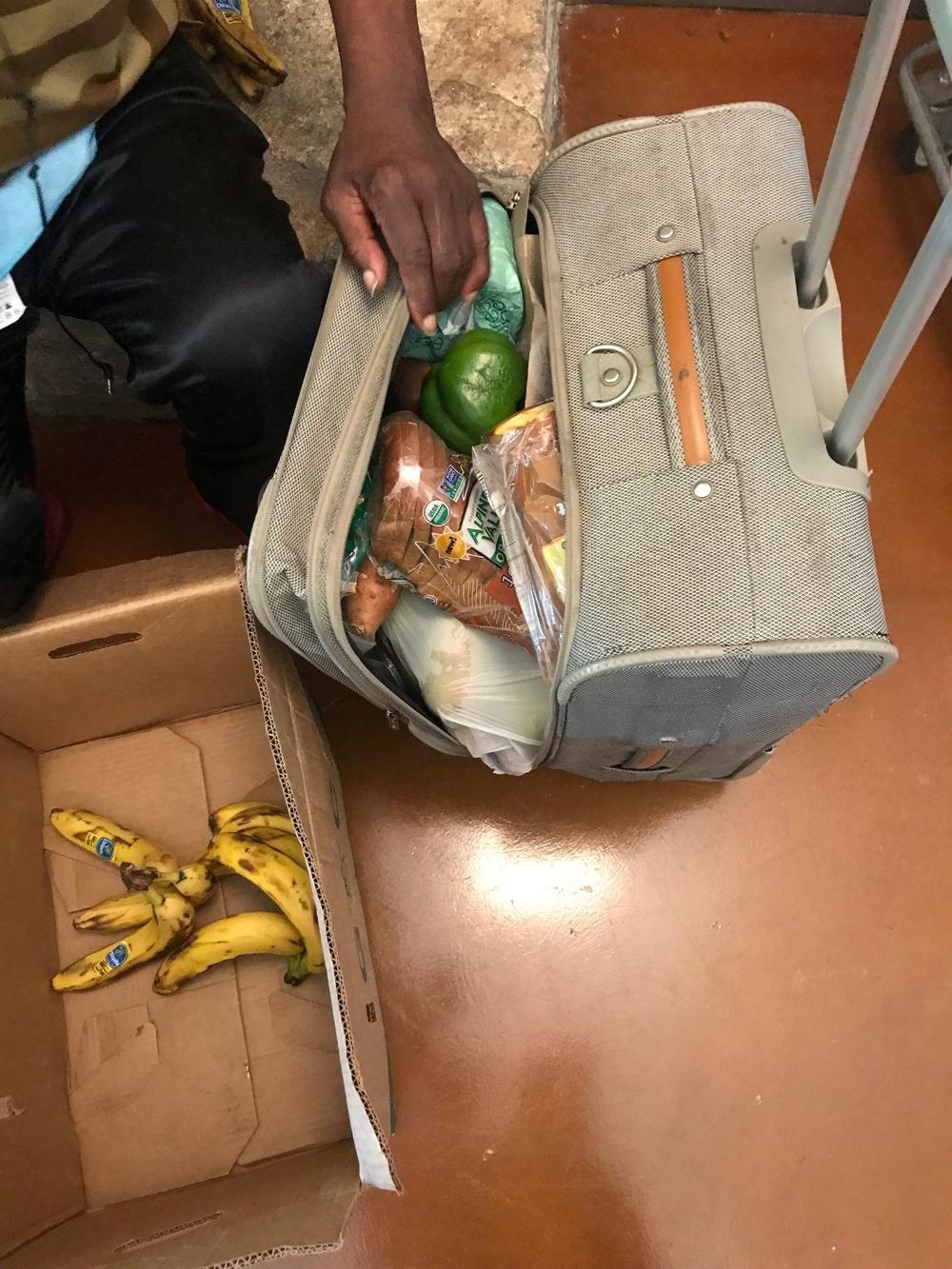 Bobby Akins stuffs his suitcase with groceries he picked at Malachi's Storehouse. He takes them to his neighbors at his apartment on Auburn Avenue.