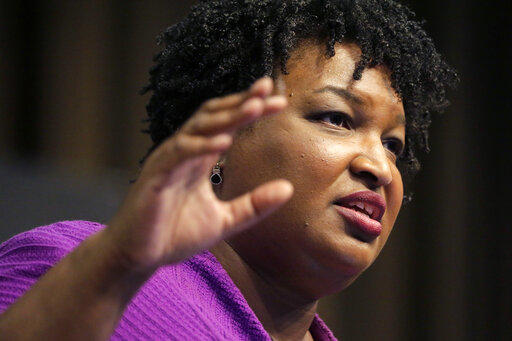 After Georgia's Republican Gov. Brian Kemp postponed a trip to Hollywood amid fallout over the abortion ban he signed into law, his Democratic rival Stacey Abrams is planning to go instead.

The Atlanta Journal-Constitution reports that Abrams will meet with Hollywood figures June 11 alongside the president of an abortion rights group.

An invitation obtained by the newspaper says they'll address the "reality that employees in the state may not have full access to healthcare."

Because of lucrative tax incentives, Georgia is a film industry hub. But several actors and producers have pledged to boycott the state, and major studios have said they could leave if the law goes into effect.

The abortion ban is set to take effect in January if it's not blocked in court.

Photographer Sues Kemp Campaign for Unapproved Use of Abrams Photo

Kevin Liles, a photographer in Atlanta, is suing Brian Kemp’s campaign and the Georgia Republican Party for their use of images Liles took of Stacey...