More than 93 million Americans — nearly 40% — are considered obese and Georgia ranks 38th on a list of “fittest” to “fattest” states, according to a recent study.

Lack of access to healthy food, inadequate transportation and inactivity contribute to the rise of obesity, but state policies could help reduce and even prevent obesity, according to Trust for America’s Health, a nonprofit organization that contributed to a Georgia profile report on obesity.

Regarding policy steps that could help reduce and prevent obesity, Georgia has room to improve, TFAH President John Auerbach said.

“Your obesity rate in the state is very much related to the policies your state has adopted that affect dietary habits and physical activity,” Auerbach said.

This month, Gov. Brian Kemp vetoed House Bill 83, which would have required elementary schools to implement daily recess for students. Kemp said he vetoed the bill because he didn’t want to take away control from local school boards.

Other factors making it tough for children to get the exercise they need include spending too much time on electronic devices.

“Generally, conservative states like Georgia are less inclined to put tax dollars into some of these initiatives and also are more reluctant to pass policies that can be perceived as regulations or mandates,” Kegler said.

“Places that have more people living in poverty and more people who are Hispanic or African American tend to have higher rates of obesity,” Cunningham said.

If overweight and obesity issues aren’t addressed, some fear they could lead to much more complicated and expensive health problems.

“In Georgia now, 11% of the [adult] population has diabetes,” Auerbach said. “Probably twice that percentage have what is known as pre-diabetes, which means they’re very much at risk for diabetes. Diabetes is the number one cause of blindness, amputations and kidney failure.”

A third of adults in Georgia also have hypertension, which can lead to heart attacks and strokes.

Rodney Lyn, a public health professor at Georgia State University, said if Georgia doesn’t take the direction needed to reduce obesity, the state “does so at its own peril.”

This amalgamation of health issues has been one of the reasons for perpetually increasing health insurance premiums for Americans, according to the QuoteWizard study.

By some estimations, obesity-related healthcare costs range from $147 billion to $210 billion per year, which can raise health insurance premiums for Americans since these companies typically are responsible for the bill.

In 2018, health insurance premiums for single person coverage averaged $6,896. That was nearly triple the average cost in 2000, the study notes.

“One of the things that many researchers, as well as the Centers for Disease Control and Prevention (and other) organizations are trying to do is bring these disparities to the attention of local governments of local health care systems and try to see how we may be able to address some of these really high rates of overweight and obesity,” Cunningham said.

Each state was evaluated by the rate of obesity and residents' average BMI. Final rankings were determined by an aggregate ranking of overall figures. Mississippi ranks highest, while Hawaii ranks lowest. 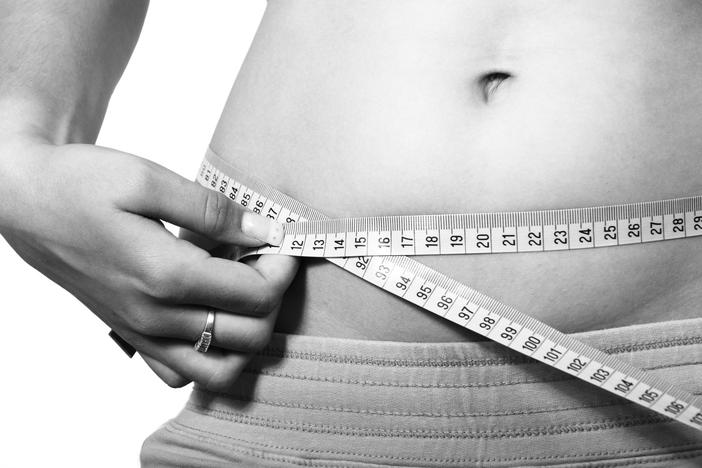 Georgia Ranks In Top 20 Among Most Obese States

The U.S. spends nearly $200 billion in annual health care costs related to obesity, according to the Campaign to End Obesity website. In some states...