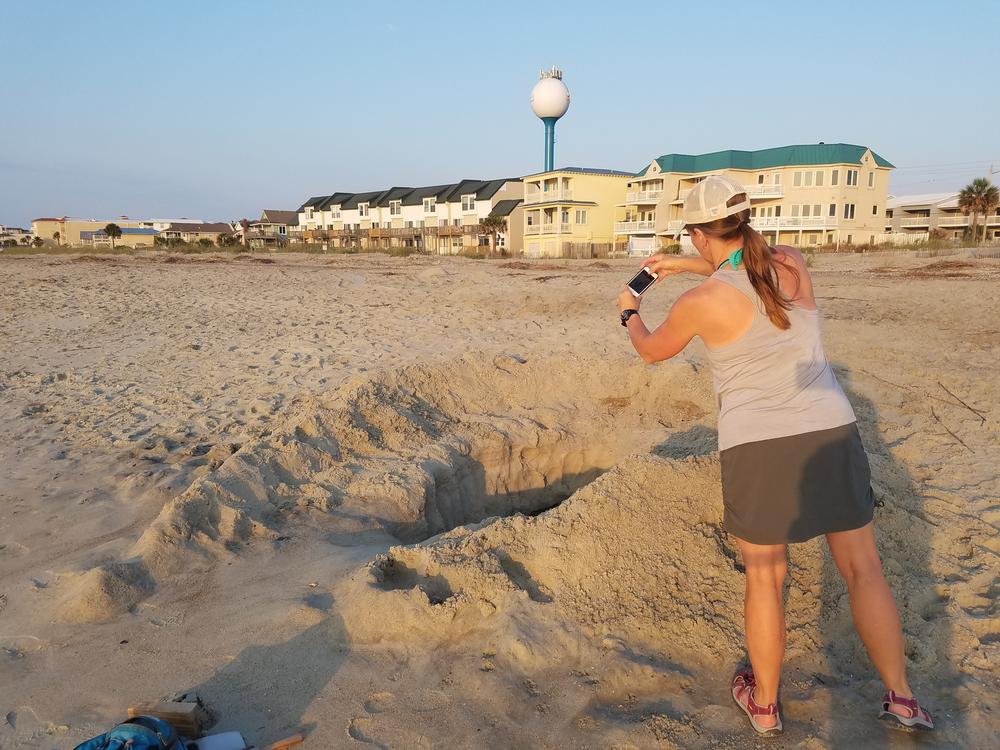 Tammy Smith of the Tybee Sea Turtle Project photographs a hole someone dug on the Tybee beach so she can warn people of the dangers such holes pose to sea turtles.

It's nesting seasons, so mother turtles are crawling onto the beaches at night to lay their eggs. Later on, the babies will hatch and make their way to the water.

Tammy Smith runs the team of volunteers that monitors Tybee Island's turtle nests. She said it's important to keep the turtles' path clear.

"The mom turtle could get stuck," she said. "If we had a nest that was hatching, the babies could get stuck. So we always educate people to fill in holes and knock down any sandcastles."

Turtle experts also say to avoid flashlights and flash photography at night because they can harm or disturb the turtles.

There were 648 sea turtle nests on Georgia beaches as of Monday morning.