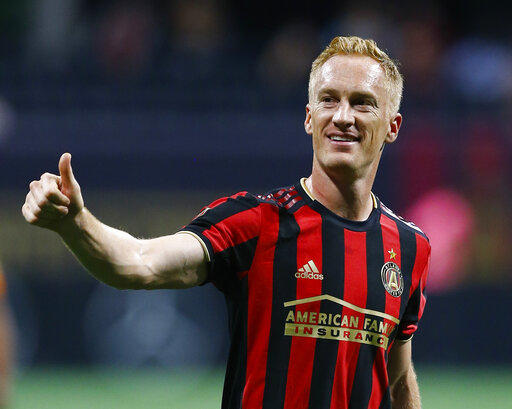 Atlanta United midfielder Jeff Larentowicz gestures to the crowd after the team's MLS soccer match against Toronto FC in Atlanta on Wednesday, May 8, 2019.

Atlanta United is starting to resemble the team that won the MLS Cup five months ago.

Hector Villalba and Julian Gressel scored to lead resurgent Atlanta to its third victory in a row, 2-0 over Toronto FC in a matchup of the last two MLS Cup champions Wednesday night.

After a sluggish start under new coach Frank de Boer, United (4-3-2) is finally rounding into its expected form. Atlanta dominated the stat sheet, piling up a 19-8 advantage in shots, knocking two attempts off the post and preventing Toronto from putting any balls on net.

"This shows the confidence is growing," de Boer said. "It's a big step forward against a very good team."

After Josef Martinez was denied on a couple of chances in close, Atlanta broke through in the 17th minute. The play was set up by Ashtone Morgan's hard foul on Gressel just outside the box, giving United a dangerous free kick. Pity Martinez launched one over the wall, only to have Alex Bono make a brilliant save diving to his left.

But Josef Martinez hustled after the rebound, sending the ball back in front where Villalba flicked it past the keeper for his first goal of the season.

Villalba got a chance to shine, moving into the starting lineup with Ezequiel Barco called away by the Argentina national team for the FIFA U-20 World Cup in Poland. Villalba nearly scored again late in the first half, shifting the ball from one foot to the other to get away from four defenders before banging his shot off the post.

"He's unpredictable," de Boer said. "You never know what he's going to do. He's difficult to defend. He's so quick. I know he wants to play. This is his time."

In the 65th, Villalba knocked another one into the net off a pass from Josef Martinez but the play was nullified by an offside penalty. Just 2 minutes later, United struck again with a goal that counted.

Again, it was set up by Martinez, the reigning MLS goal king who spent this night delivering for his teammates. Getting the ball just inside the area, he dumped off a pass to Gressel, who cut inside the deliver a booming left-footed shot that deflected off a defender's foot and skipped past Bono for the German's second goal of the season.

Gressel said it took some time to adjust to a new coach putting in a different system, but the players' confidence is growing after United managed just one victory through its first six league games, in addition to being eliminated in the quarterfinals of the CONCACAF Champions League.

"The feeling here in the locker room has changed quite a bit," Gressel said. "It's just time. We've said it before. Once you're together a little bit longer ... it starts clicking, you start getting on the same page. It's just a natural path."

While Martinez has only four goals through nine games after setting an MLS record with 31 a season ago, he showed he's capable of contributing in other ways. Opponents are so conscious of him in the area, it frees up space for his teammates.

"I know he's eager to be involved in goals," de Boer said. "But I'm very pleased with his performance."

Playing its fourth straight game without top scorer Jozy Altidore as he recovers from a hamstring injury, Toronto (5-3-1) got so desperate for a scoring chance that Jonathan Osorio took a dive in the area off minimal contact, hoping to draw a penalty kick in the closing minutes.

Instead, he picked up a yellow card. 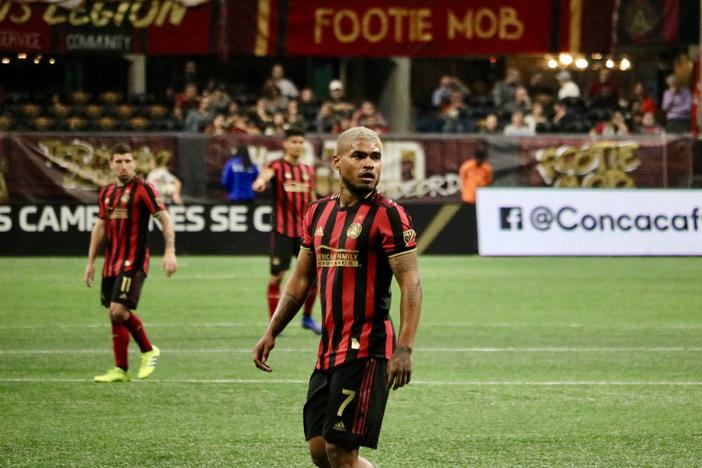 Atlanta United star Josef Martinez is expected to miss at least one game after injuring his right knee and ankle, a better-than-expected diagnosis that... 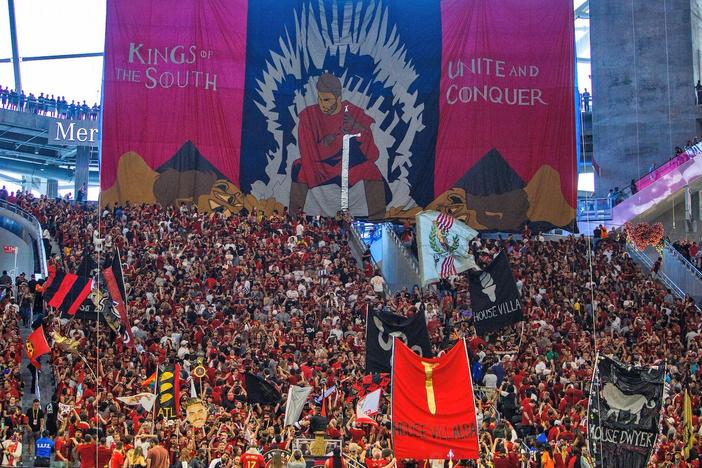 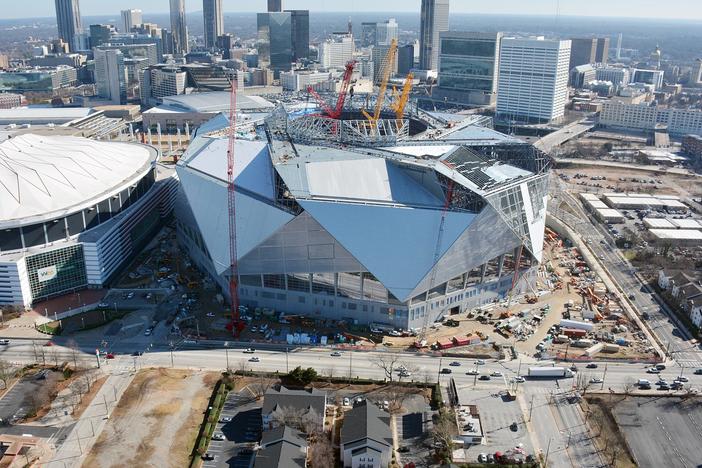 Workers are racing to complete Atlanta's new $1.5 billion stadium project in the next three months after ongoing roof issues have delayed the facility's...