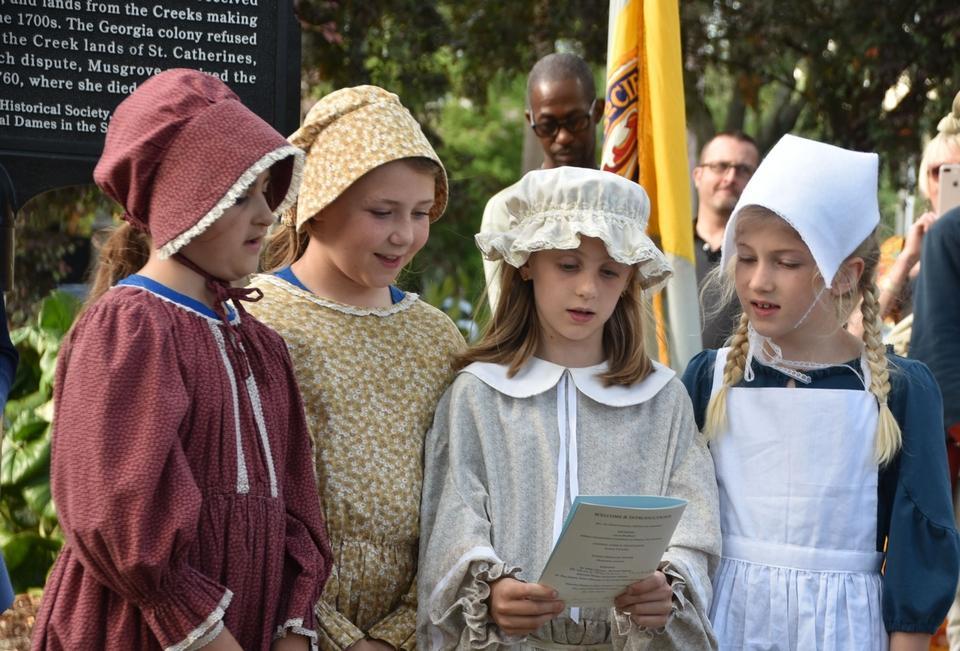 A new historic marker honors a woman who helped maintain peace and fair trade between the Creek Indian nation and what was then the new colony of Georgia.

The Savannah Morning News reports that the marker describes Mary Musgrove, interpreter for Gen. James Oglethorpe from 1733 to 1743.

Musgrove's mother was Creek and her father English. She established a trading post after marrying John Musgrove in 1717.

The marker in Savannah's Lafayette Square was dedicated Friday.

Joy Daniel Schwartz of the Colonial Dames of America says Musgrove was a colony founder but until now didn't have a marker in Savannah's historic district.

One erected in 1961 on Savannah Sugar Refining Co. grounds is about a mile from Musgrove's trading post. That marker notes that her Indian name was "Cousaponakeesa."