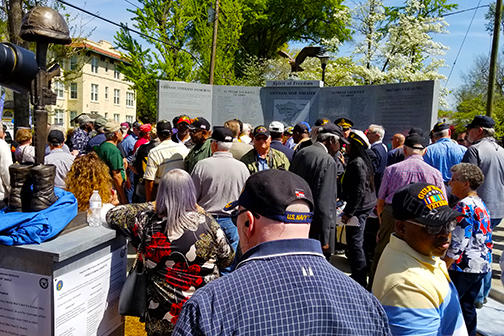 Hundreds gathered in Augusta for the dedication of the city's first permanent memorial for Vietnam War veterans.

March 29 is National Vietnam War Veterans Day and, in Augusta, they honored the day by unveiling the city’s first permanent Vietnam War Memorial. More than 15,000 Augusta area residents served in Vietnam, and 169 lost their lives there.

The monument is constructed of 5 large granite slabs, engraved with pictures, maps and names.  It's topped by a fully cast bronze eagle that stands three and a half feet high with a 52-inch wingspan.  On a stone pedestal in front of the main structure stands a bronze sculpture on a soldier’s boots, an M-16 rifle stuck in the ground and a soldier’s helmet on top, which is the traditional battlefield memorial for a fallen serviceman.  Across the bottom is engraved, “All Gave Some.  Some Gave All.”

Dr. James Brady III chaired the Vietnam War Memorial Initiative Steering Committee. He volunteered for the job because it would help heal some old wounds for local Vietnam vets.

“These folks were not always treated right when they came back," Brady said. "So, they were used to not being properly recognized. And it was my objective to, at least in our little part of the world here in Augusta, say thanks to them one more time.”

More than 100,000 dollars were donated to build the memorial, which now stands at the corner of 4th and Broad streets, just a few blocks from Augusta’s controversial monument to confederate soldiers. 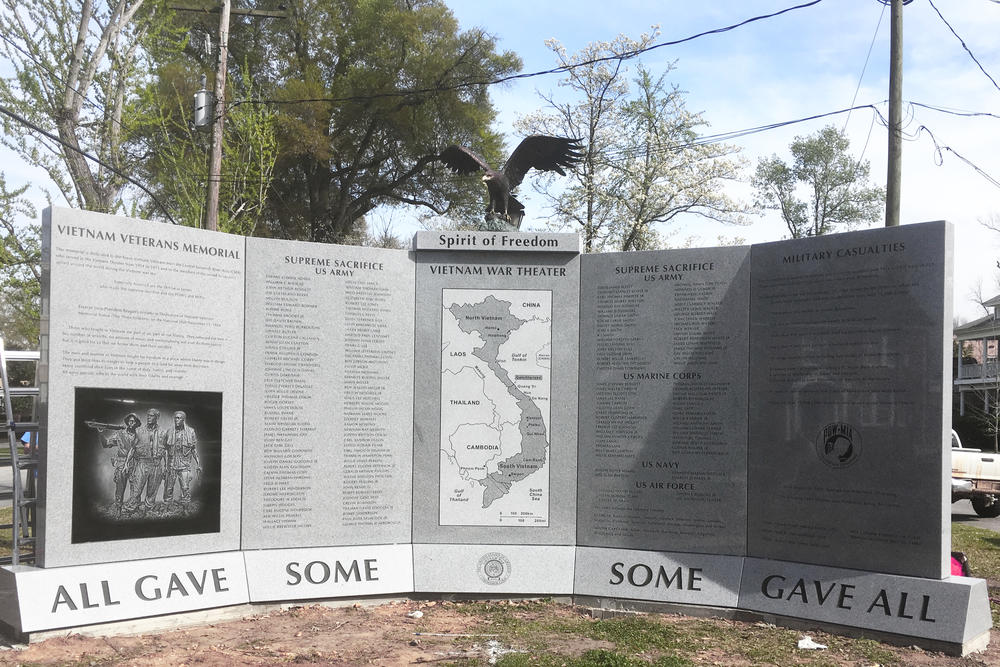 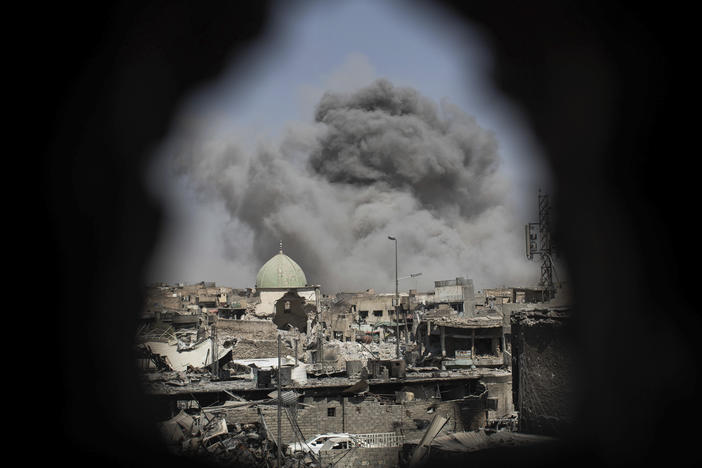 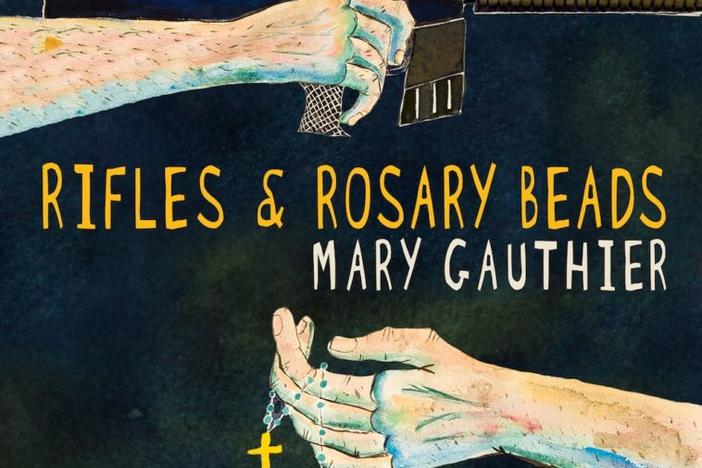