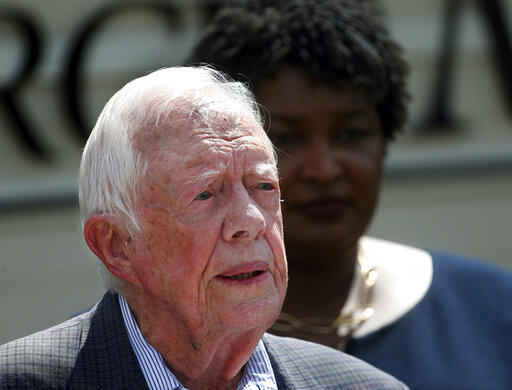 It's yet another post-presidency distinction for Carter, whose legacy since leaving office has long overshadowed both his rocky White House tenure and the remarkable political rise that led him from his family peanut farm and a state Senate seat to the governor's mansion and his unlikely presidential victory in 1976.

The achievement also defies medical odds, coming more than three years after Carter announced he had melanoma that had spread to his liver and brain. He underwent treatment and received a clean bill of health.

"There are no special celebrations planned," said Deanna Congileo, spokeswoman for the former president and The Carter Center, which Carter and his wife, Rosaylnn, now 91, founded in Atlanta in 1982 to focus on global human rights issues.

The center's decades of public health advocacy, election-monitoring and conflict resolution around the world have redefined the role of former presidents, who before Carter often retired from relative obscurity.

"We at The Carter Center sure are rooting for him and grateful for his long life of service that has benefitted millions of the world's poorest people," Congileo said.

Seemingly downplaying his political career, Carter has for years characterized the center's work as his defining professional achievement — though, of course, having been a U.S. president is what allowed him the stature to establish the center.

"I spent four of my ninety years in the White House, and they were, of course, the pinnacle of my political life," Carter wrote in a memoir published on his 90th birthday. "Those years, though, do not dominate my chain of memories, and there was never an orderly or planned path to get there during my early life."

Rather, he continued, "Teaching, writing and helping The Carter Center evolve ... seem to constitute the high points in my life."

And the man who once held the U.S. nuclear codes, forged a historic Middle East peace deal at Camp David and tried to manage a hostage crisis that sealed his one-term fate has a simple answer whenever he's asked to recount the best or most significant decision he's ever made: "Asking Rosalynn to marry me."

The former president and first lady still live in Plains, Georgia, a town of about 750 where they were born, raised and married 73 years ago, weeks after the future commander in chief graduated from the U.S. Naval Academy.

A devout Christian, Jimmy Carter regularly teaches Sunday school at Maranatha Baptist Church, drawing hundreds of visitors to Plains for each session. The Carters pose for pictures with each attendee.

Though he sometimes de-emphasizes his elected career, living so long after his presidency is allowing Carter a resurgence of sorts in Democratic politics.

Two current presidential candidates, Sens. Cory Booker of New Jersey and Amy Klobuchar of Minneosta, have ventured to Plains to meet with the Carters. The former president has hosted Bernie Sanders, a 2016 and 2020 presidential candidate, for a panel at The Carter Center — and Carter told the audience that he voted for Sanders over Hillary Clinton in the 2016 Democratic primary. He hosted and endorsed Georgia Democrat Stacey Abrams in her unsuccessful bid for Georgia governor last year.

As for what's next, Carter has at least one more accomplishment on his mind, pointing often to The Carter Center's long-running effort to eliminate Guinea worm disease, a parasitic infection attributed to poor drinking water.

There were 3.5 million cases in 21 countries in 1986, when the Carter Center began its eradication program. In 2018, there were 28 cases worldwide.

"I'm hoping that I will live longer than the last Guinea worm," he said in a British television interview in 2016. "That's one of my goals in life, and I think I have a good chance to succeed." 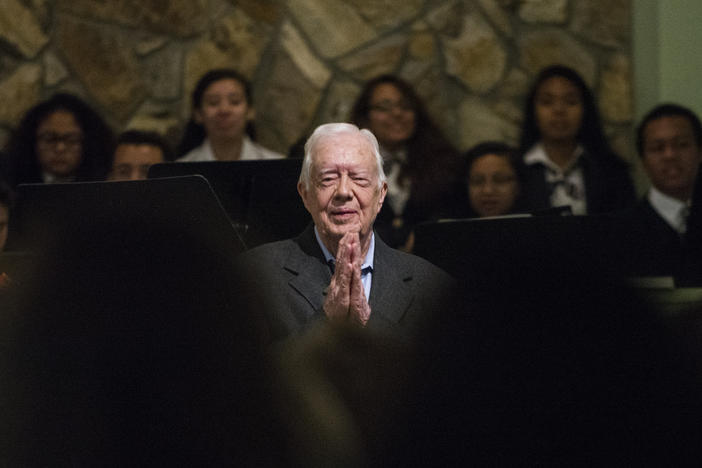 Former President Jimmy Carter publicly appeared at the Georgia church where he worships for the first time since undergoing brain surgery in November.... 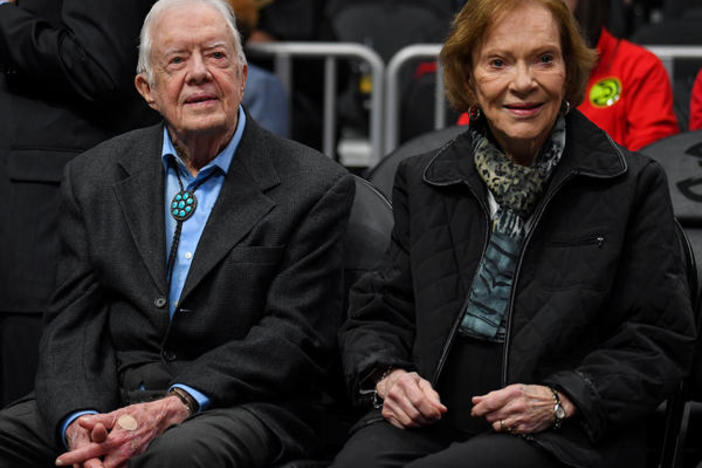 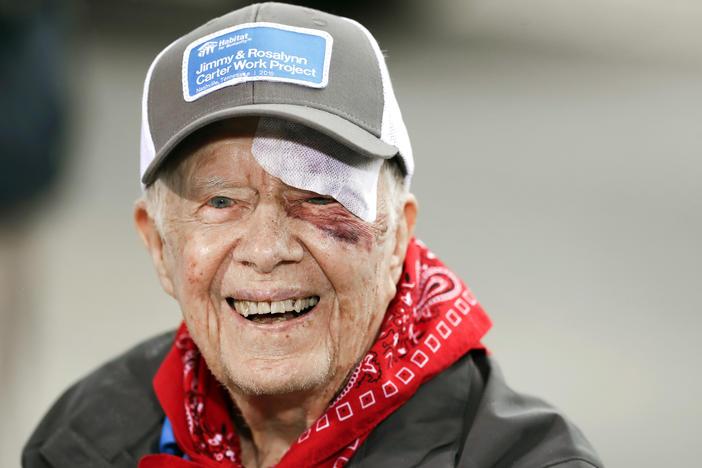