Georgia Democrats Speak Out Against Bill That Protects Confederate Monuments 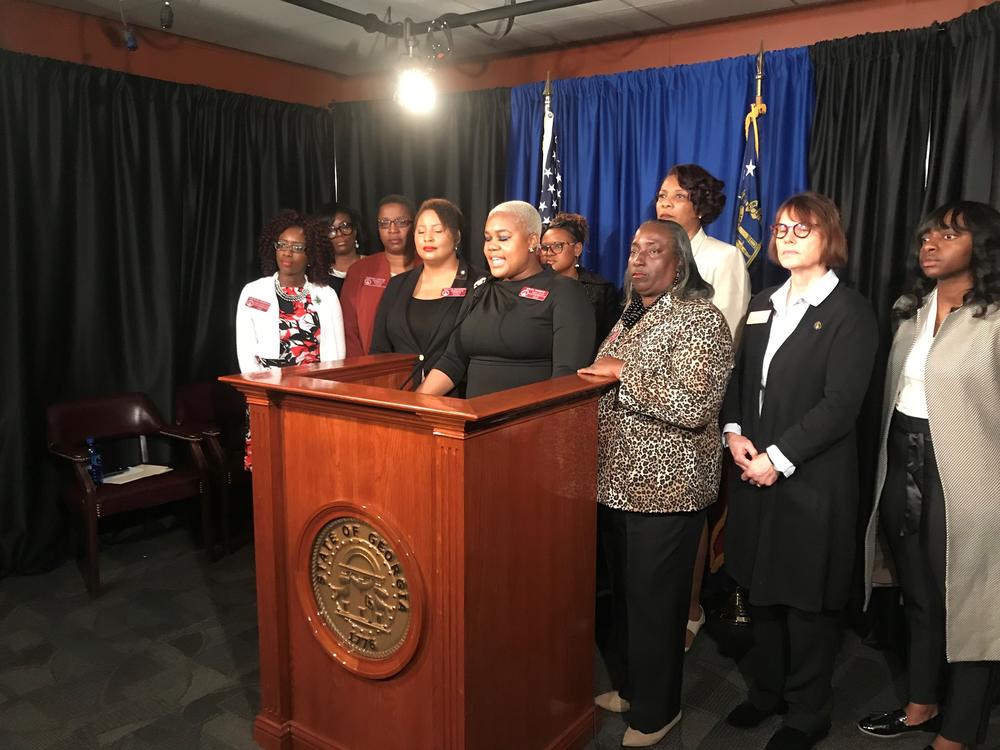 Georgia House Democrats hold a press conference to speak out against Senate Bill 77, which would give added protections to Confederate monuments.

Some Democrats in Georgia’s House spoke out Monday against a bill that gives added protection to memorials and monuments, including those built to honor the Confederacy.

Senate Bill 77, which has already been approved by the Senate and awaits a vote in the House, would prevent city governments and people from removing or relocating any monument. If so, they could face a fine of three times the amount of damage caused.

But Erica Thomas (D- Austell) said it's a matter of local control.

"Why today?” Thomas asked. “Why now, Georgia, would we say to the local governments that you don't have own control over what you are putting forth in your communities?"

The bill also says if a monument is moved for construction, it must be placed somewhere of equal prominence.

Critics of the bill said that could be a near impossible bar to reach.