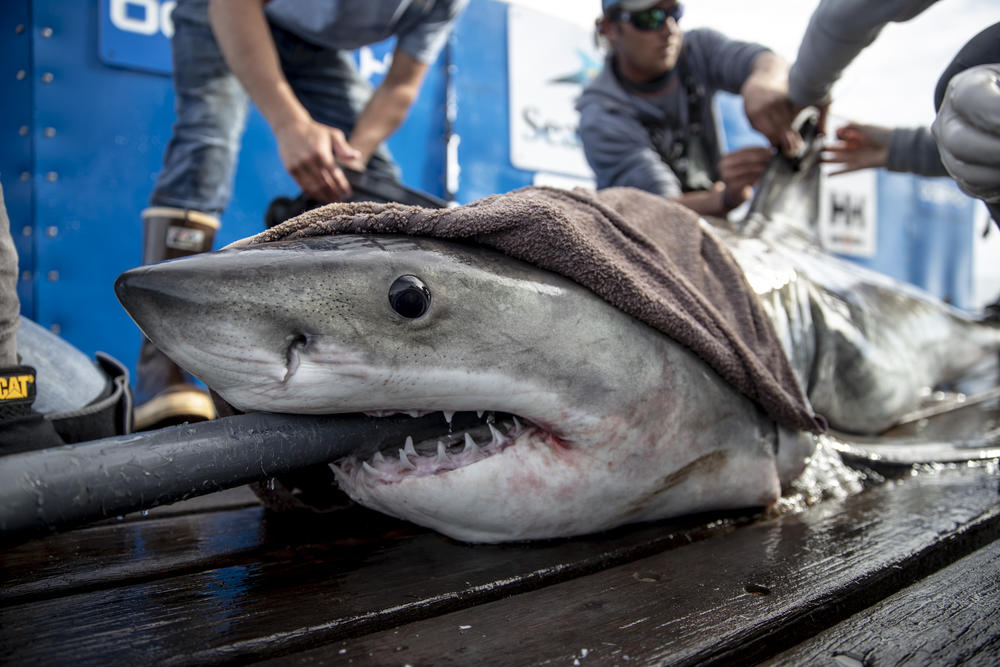 Caption
Scientists attached a tracker to and took samples from Brunswick, a white shark, as part of an ongoing effort to learn more about these ocean predators.

A scientific research vessel is expected at Savannah's port Thursday after about three weeks in the region, catching, tagging and releasing sharks.

There's a really big difference between shark fishing for research and doing it for sport: you have to keep the sharks alive, every time.The OCEARCH research vessel has collected samples from eight sharks while in the region.

OCEARCH Captain and Fishing Master Brett McBride said working out how to do that has been like solving a puzzle.

"It'd be easy to hook a lot more sharks and catch them if I didn't care about that so much, but we kind of...handicap ourselves, just to make sure that we don't make any mistakes," he said.

McBride and his team hook a shark from a smaller fishing boat, then lead it to the OCEARCH vessel, a former crab boat that's been repurposed so they can lift the sharks aboard.

Then the scientists go to work, attaching tracking tags and collecting samples from the sharks' skin, blood and more.

Researcher Kim Ritchie of the University of South Carolina Beaufort called this method "critical" to her work.

Ritchie is studying bacteria on shark skin that helps them heal and could one day help make antibiotics for people.

McBride said this sort of collaboration is unusual.

"Most of the time, scientists don't really get along with fishermen and vice versa, as far as their trust," he said.

This trip brought in eight sharks, which gives Ritchie a lot to study back in her lab. 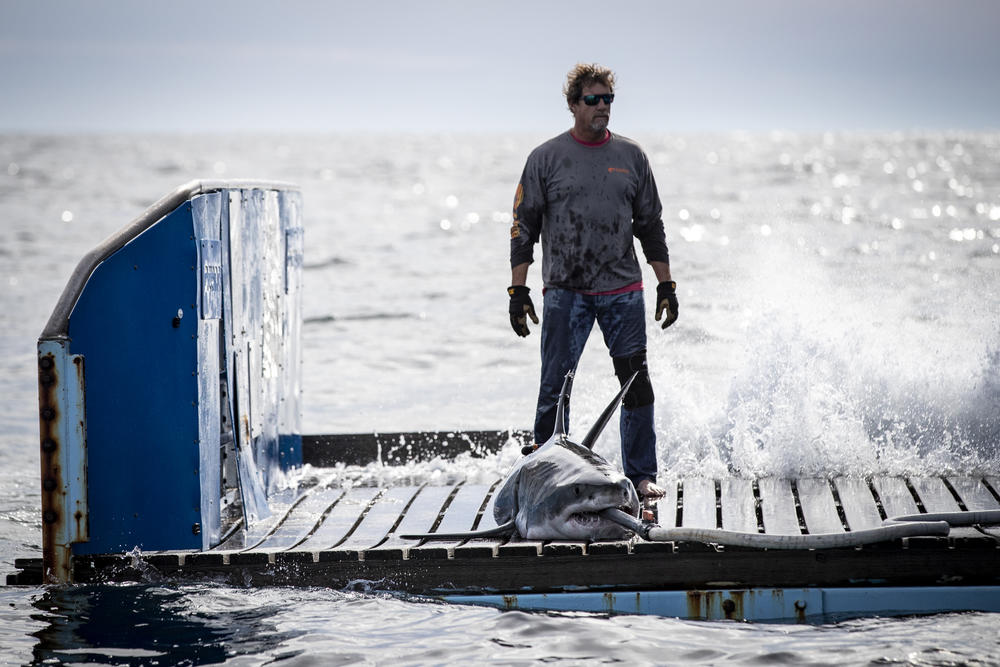 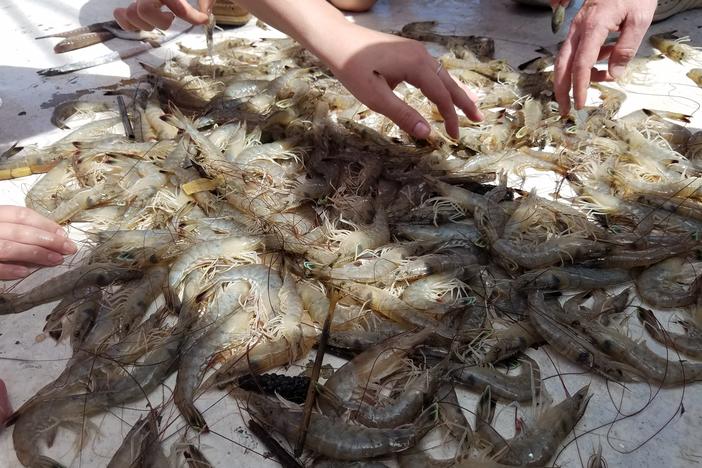 The movie “Jaws” famously shows us a shark’s eye view of swimmers in the water, their legs kicking while the shark prepares to attack. We know that...