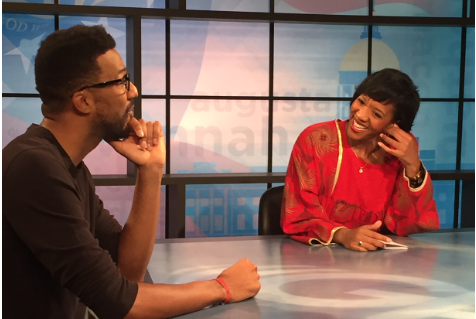 Actor and stuntman Brian A. Prince is challenging toxic masculinity one stunt and sci-fi blockbuster at a time.

The Atlanta native stopped by GPB studios as part of a sweepstakes where journalism students Ashley Soriano of University of Georgia and Madyson Sanchez of Kennesaw State University cohosted with Atlanta "Morning Edition" host Leah Fleming. They discussed Prince's unusual path to Hollywood and his plans to dismantle the status quo along the way.

“I think we have these tendencies to want to match what everybody else is doing: how can I blend in? How can I be status quo?” Prince said. “And it's like, 'No stand out, be yourself, let people see what you're doing, and shine as bright as you can doing it.'”

At 6-foot-9.5-inches, blending in is nearly impossible, and excelling at parkour is rare. As a hybrid of gymnastics, martial arts and free running, parkour does not usually cater to larger builds — but Prince does not generally cater to the usual.

“When people think parkour, they usually think a good 5-foot-7 or 8. So, when they meet me, they're like, 'You do parkour?'” the stuntman said. “So, I became that tall parkour guy. And that's directly led to so many amazing career opportunities for me.”

Parkour led to even more opportunities in the Marvel universe, where he suited up for stunt work in both "Black Panther," "Captain America" and starring role in the latest "Predator" movie, where casting directors were looking for a “tall and agile” leading man, Prince said.

MORE: The Man Under The Predator Mask: Brian A. Prince

As a comic book enthusiast, these opportunities were straight out of the pages of his childhood. The self-proclaimed nerd sourced some of his biggest inspirations from comic books, and now hopes to write one that will inspire a younger generation with a different kind of hero.

The book, a work in progress entitled "Manifester," will be his biggest challenge to status quo yet.

Thanks for Reading! There’s so much more to come, so I hoped you enjoyed the teaser comic. If you did and you’d like to support, I’m going to be selling physical mini comics soon, as well as some T-shirts inspired from the comic. All proceeds go towards me working on more Manifester! Be on the lookout for more Manifester stories in the future and for more Manifester related content, please visit my website at: Thebaprince.com or my twitter/instagram @thebaprince Colors by @mobalart #comics #manifester #diligent #illustration #comic #page #art #drawing #thanks #character

“I'm trying to tell a story that delves into ideas of toxic masculinity and emotional vulnerability through men,” Prince said. “Growing up we were fed characters who don't have feelings and say, ‘This is what a man looks like.’”

Not only does Prince consider that definition unattainable, he regards the very pursuit of it detrimental.

“When you can't meet that unrealistic expectation, then you feel like you're failing,” Prince said. “If we all feel like we're supposed to be Captain America, then we feel like we're constantly less than.”

Despite his love for comics, Prince’s goal is not to be Captain America, or even a hero at all. Whether he’s toppling the patriarchy or enacting wild stunts in a 70-pound alien suit, it’s all in a day’s work.

“People ask me if 'Predator' was fun. I was sweating every day, sprinting, jumping, wearing this stunt harness. But it was the most fulfilling thing I’ve ever done in my life,” Prince said. “We tend to want to make a career out of being seen. I want to a make career out of doing work.” 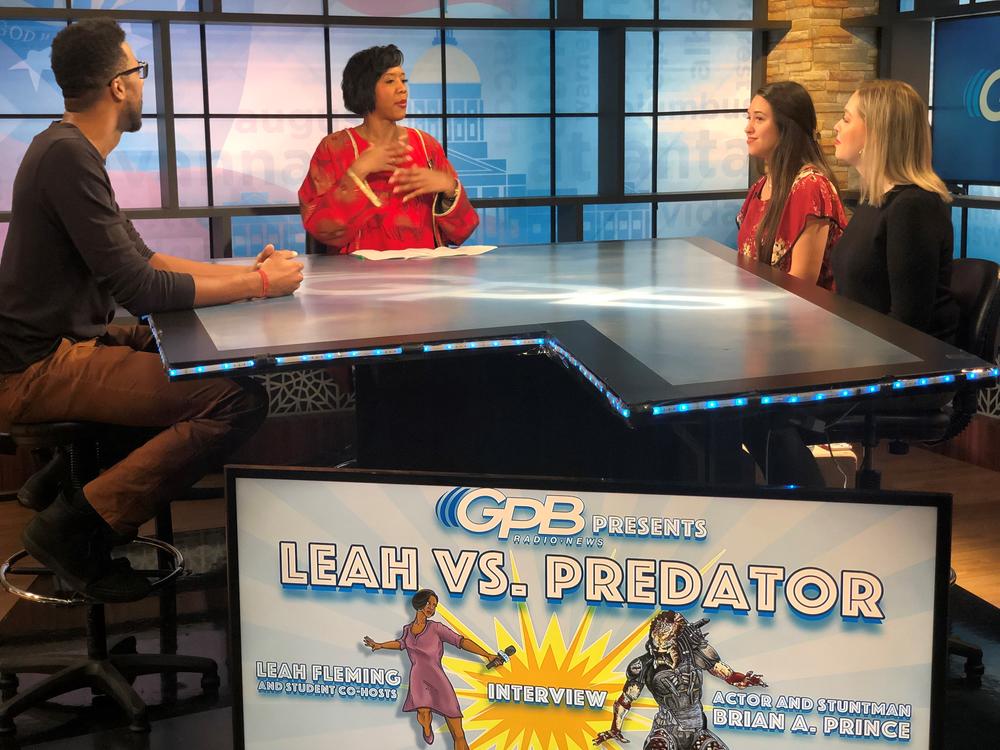