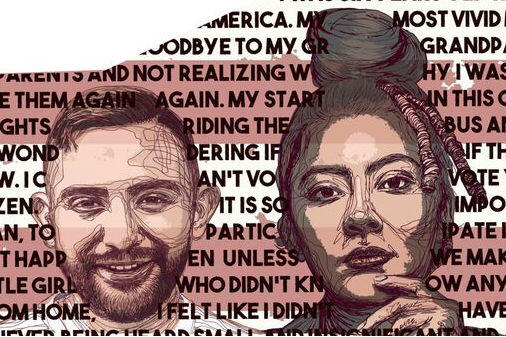 Dozens of murals celebrating Atlanta’s social justice history are going up before the Super Bowl.

It's part of an intitiative called "Off The Wall" that curated 11 artists to paint the murals around the city.GPB's Sophia Saliby spoke with Yehimi Cambrón over the phone about how identity played a role in the creation of her art.

Atlanta artist Yehimi’s Cambrón says with her new mural, titled “Monuments: We Carry The Dreams,” she hopes to tell new stories about the city’s undocumented immigrants.

GPB's Sophia Saliby spoke with Cambrón over the phone about how identity played a role in the creation of her art.

My murals are a series of portraits of people who are undocumented who live in Atlanta. The faces of these people are surrounded by text that comes directly from their own words, written and spoken, about their lived experiences. Some people speak about coming to this country from Mali when they were 1 year old or about their parents giving up their dream of going to middle school in the Philippines in order to make sure that their children would have access to opportunities here in the United States.

There isn't a one narrative so some people talk about religion, about being Muslim, about identifying as a gay Mexican man and being undocumented on top of that. All those intersections really come together in the words of the murals.

On why her mural's location near the state capitol is significant

When I was a high school student, I entered an art contest. I won third place, and I was recognized at the Georgia State Capitol. When it was time to claim my $50 prize for winning third place, I was turned away because I did not have a Social Security number. That realization of what it actually meant that I was undocumented, in a time where I was coming of age and my undocumented status was becoming increasingly dominant, was just a huge slap in the face. Being able to paint the faces of undocumented people in their words and this message of resilience right around the corner from the Capitol is, I think in it of itself, poetic justice.

On how her identity plays a role in her art

As a young, undocumented artist, that identity is a huge point of pride for me. I think this is really giving me an opportunity to take back my narrative and the narratives, especially of people like my parents who I refer to as the original dreamers, and to frame those narratives in a positive, more empowering and uncensored way through my art.

This conversation has been edited for content and clarity. 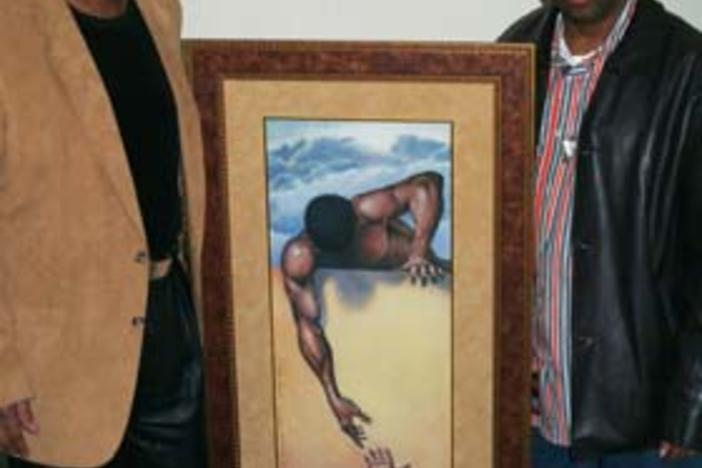 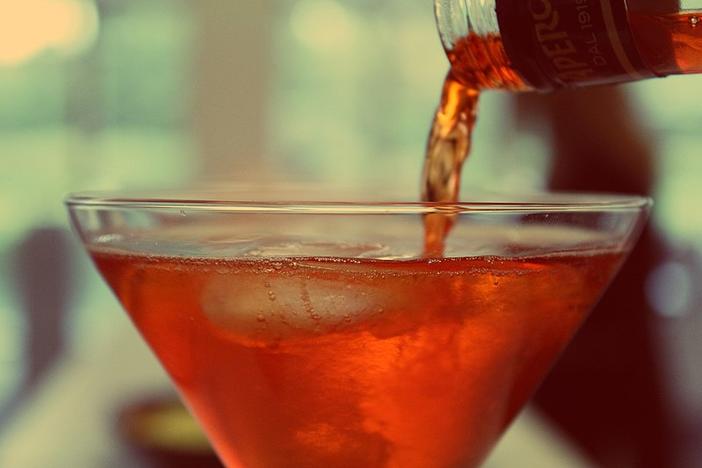 Atlanta bars will be allowed to serve alcohol until 4 a.m. beginning Monday. Though, the change is only in effect for Super Bowl 53. 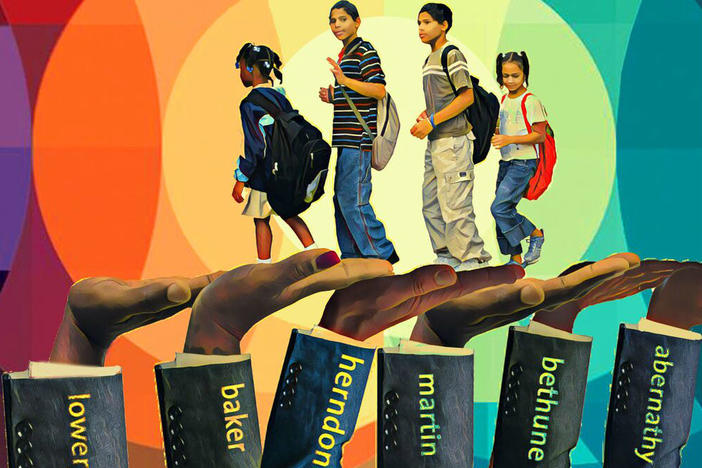 Dozens of murals celebrating Atlanta’s social justice history are going up before the Super Bowl. It's part of an intitiative called "Off The Wall" that...