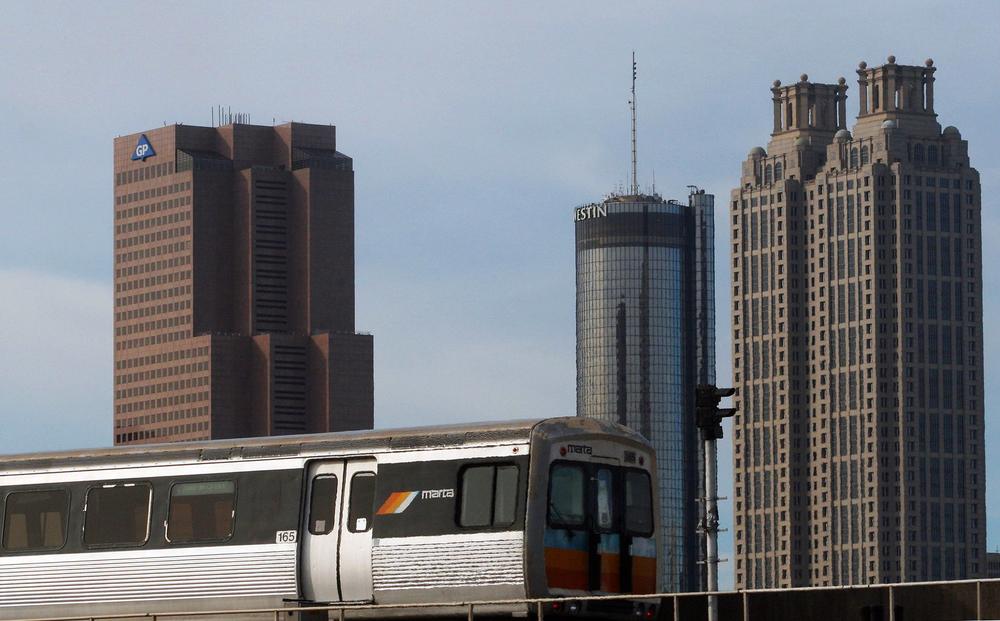 Caption
The spotlight is on transportation this week ahead of Sunday's Super Bowl game in Atlanta.

Atlanta officials expect 150,000 out-of-town visitors this week for events leading up to and including Sunday's Super Bowl game. Even more are expected to head into the city from around the state.

That has put the spotlight on transportation.

“Please, please, please, take MARTA,” Shields said at a public safety press conference a little more than a week out from the game. “Take public transportation.”

The city is notorious for traffic and that’s on days without major events. With the onslaught of people expected in town for the game, Metro Atlanta’s Transit Authority has its moment to prove its ready.

Chief of Rail Operations David Springstead said they are prepared. He said they’ve sent scout teams to Minnesota and Houston, the site of the past two Super Bowl games, to see how those cities dealt with crowds.

“We’ve used a lot of that as input and we’ve been practicing for months,” Springstead said. “We’ve been preparing our processes for months; we’ve just been gearing up all along incrementally getting ready for the big day.”

This is also the third time Atlanta will host a Super Bowl. The last one came in 2000. The game featured the Rams then, too, except they were representing St. Louis. It turned out to be a classic known as “One-yard too short.”

But before any action took place on the field, two ice storms slammed the city and metro area.

“I was here when we had the Ice Bowl in 2000,” said MARTA Police Chief Wanda Dunham. “And yeah, after we’d done all of this planning then, you know, the ice came and it was horrible.”

She said the agency has an inclement weather plan, which includes salting or sanding sidewalks and keeping trains in tunnels to protect them from the elements, and a Super Bowl preparation plan.

“We hope the two should never meet,” Dunham said. “But if they do, then, you know, we’re prepared because as you know a lot of times when we have these ice storms, MARTA is still running.”

Rail Chief David Springstead said they even have a housing plan for employees.

“We’ve taken every MARTA facility and found an area where there’s showers and restrooms and lay down areas and we’re purchasing temporary bedding so that if we have to stay the night if there’s a storm, that our workers can come in get a quick rest and get back out there.”

Rider Safety And The Game

Dunham is tasked with more than just making sure they are ready to handle a potential winter storm. Rider safety remains her top priority.

She said in addition to weather preparations, MARTA police will have officers at all 38 stations and they’ll get a little help from around the country.

“We had a phone call with the top 20 transit agencies in the country and I said, ‘Hey guys, want to be a part of history? Come to Atlanta for the Super Bowl,’" Dunham recalled through laughter.

She said many of them answer the called. Transit officers from Minneapolis, Dallas, Chicago, New Jersey and Denver will be on duty in the days before and shortly after the game.

While winter storms and rider safety occupy most of MARTA officials’ time, there’s still a game to be played. And they will be paying close attention to that too. Not out of fandom but because of the effect it could have on exiting the venue.

“When you have a close game that’s going into overtime, if it’s a really tight game and an exciting game, everybody stays to the bitter end and then everyone’s coming out at the same time,” Springstead said.

That means fewer people trickling out before the fourth quarter. After the College Football National Championship last January, it took hours to clear some stations. That was also a game that ended on a game winning score in overtime.

One of the biggest difference between now and the last two times the Super Bowl was played in Atlanta, is transportation options. There’s Uber, Lyft, electric scooters and some e-bikes.

But Catherine Ross, a professor who teaches city planning at Georgia Tech, said public transit is still the way to go.

“What we did is we created the spine,” Ross said about the role MARTA plays in attracting large events to Atlanta.

She said while it’s been plagued by investments that haven’t kept up with the city’s growth, it’s still the most reliable option people will have in moving around town for the game.

“Bringing people to the MARTA line to get them down to the Mercedes-Benz Stadium is going to be the best opportunity we have for reducing congestion and enhancing mobility.”

To help with the crowds and possible navigation issues, about 600 MARTA employees will serve as ambassadors at all stations across the region.

And, starting Friday, trains will run 24 hours until the Tuesday after the game. 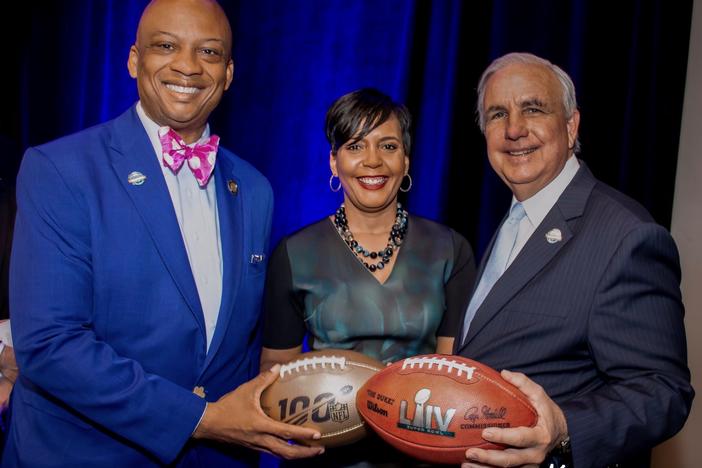