A Destructive 2018 Places The Spotlight On Farmers' Mental Health 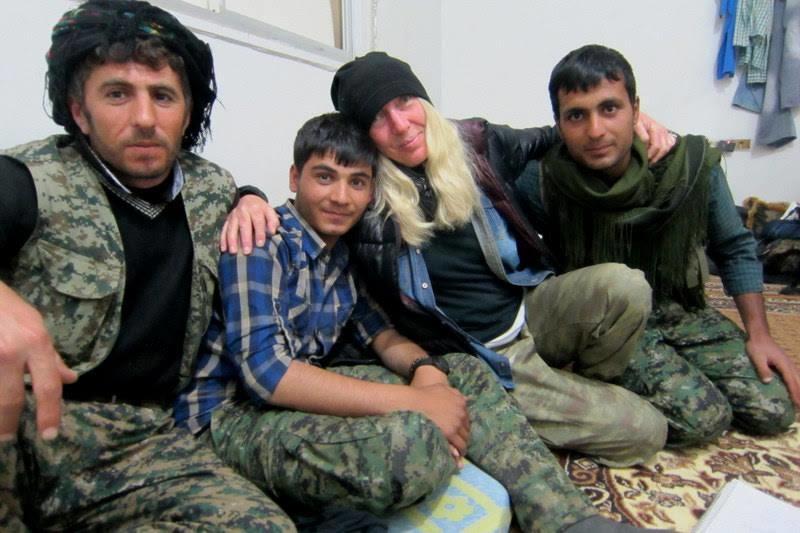 Caption
Casey Cox and her dad, Glenn Cox, on the family farm.

Casey Cox is a sixth-generation farmer. She returned to Camilla, in southwest Georgia, after graduating from the University of Florida in 2013. Since then, she's continued the tasks that make up her family tradition.

It’s that commitment to the land and her family’s legacy that makes recovering from events such as a hurricane or a trade war a necessity. It’s also why the conversation has shifted to farmers’ mental health.

Last year brought a Category 3 hurricane that wiped out crops that need years to replenish. And tariffs on some of the state’s top crops of pecans and cotton didn't help farmers. Cox said she feels the pressure to be successful.

Cox, who is relatively new to running the show on her own, said large obstacles like these can leave young farmers like her feeling helpless.

“It is discouraging,” she said. “It's like okay, is this how my whole life is going to go with all of these different challenges? How am I going to be able to address this?”

That’s what mental health service providers and the University of Georgia extension services hopes to solve. A solution to this problem includes training people such as Brian Hayes on how they can better assist.

Hayes is an extension agent in Mitchell County. He travels around the county meeting farmers and their families and usually spend this time offering tips and resources on how to grow crops more efficiently. Now, though, he and other agents are being trained on how to recognize a farmer in distress.

“Not that we can evaluate you or stop anybody,” Hayes said. “But, you know, maybe we can see the early warning signs...and let them know that there’s people that can help you here.”

Training the agents could be a vital step in spreading the word about what resources are available to farmers.

Ted Matthews, director of Minnesota Rural Mental Health, travels around his state talking with farmers about mental health. He says people have to first understand farming isn’t just a job.

Matthews said after understanding farming is a lifestyle, there are two key steps to take to connect farmers with actual services. The first is overcoming the stigma of the words “mental health.”

“You know we need we need to look at mental health as just that — mental health — not mental illness,” he said. “How do I get healthier and not there's something wrong with me. And I have to be fixed.”

The second step is to build trust.

“You know a farmer doesn't like people they don't trust, or they don't know,” he said.  “So, we have to get them to be comfortable with whoever they're working with. The important thing is that the rural mental health people come to them.”

That’s what people like Charlotte Austin are trying to do. Last year, Georgia received nearly $23 million from the Substance Abuse and Mental Health Services Administration to be used for community mental health services, an increase of 30 percent compared to 2017.

Austin works with Georgia Pines, a behavioral health organization in rural parts of the state. There she helps run the Georgia Recovery Project.

It’s a crisis counseling program, born out of the destruction caused by Hurricane Michael and funded with a grant from the federal money the state received, that sends people with shared experiences to inform farmers about resources available to them.

But Austin said it still isn’t easy to offer services to farmers.

“That is challenging,” she said. “I think a lot of times we really try to go out and build relationships with people and just let them know we are here to help.”

Statistics around farmers and mental health remain fuzzy. The Centers for Disease Control and Prevention released a report in 2016 highlighting suicides among farmers and people in the agriculture industry, but later retracted the report.

There also isn’t much data surrounding how many farmers visit mental health clinics and seek service, but there have been more conversations around it.

Jennifer Dunn, with the Georgia Department of Behavioral Health, said that after 2018, some farmers haven’t hesitated to ask for help.

“I’ve seen many people reaching out,” she said. “You hear that desperation; you hear people say, 'I don’t know what to do next.'”

Dunn said she then offers available resources and sometimes it’s as small as offering encouragement of hope.

For some farmers like Casey Cox, the help they need is what they’re surrounded by.

Cox said lack of access and complicated healthcare plans can make it challenging for people who may want to seek help.

But, in her case, she said she finds peace in the land her family has worked and lived on for generations.

“There's certainly a connection to nature that we do have out on the farm that's very different than in an urban center and that is really powerful,” Cox said. “When I need some time or when I'm feeling anxious or stressed. I spend as much time as I can outside.”

Cox said she also relies heavily on the farming community around her. As far as sticking with farming moving forward, Cox said that’s what she plans to do.

“I have no intention of letting go or giving up and I hope I never reach that point.” 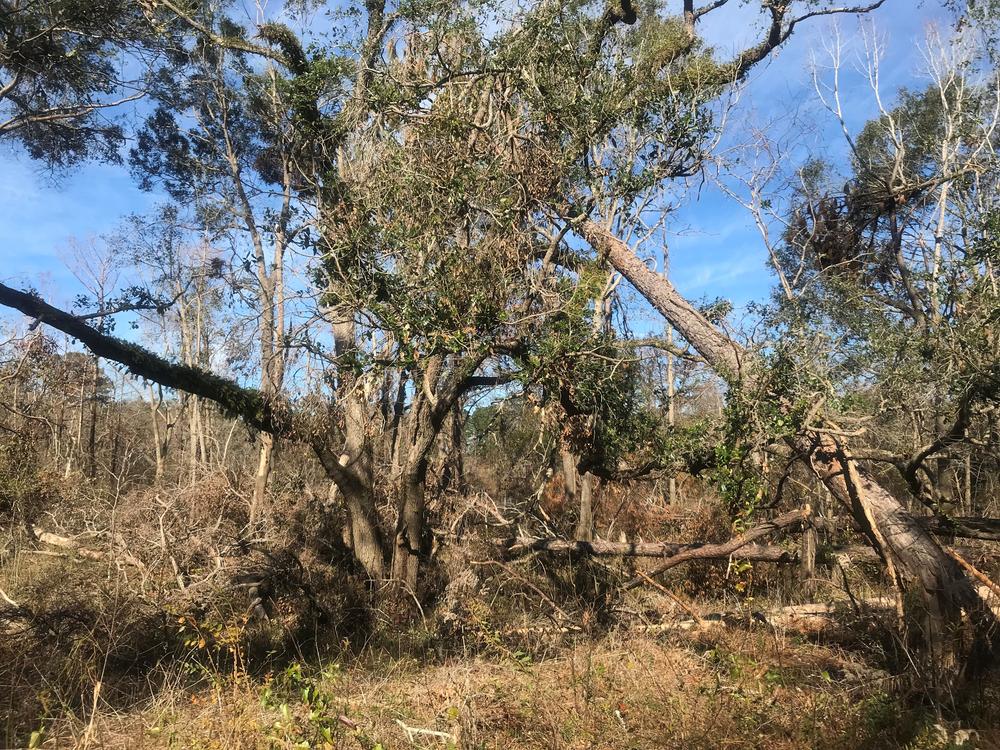 Caption
Trees remain toppled over on the Cox family farm after Hurricane Michael tore through in October 2018. 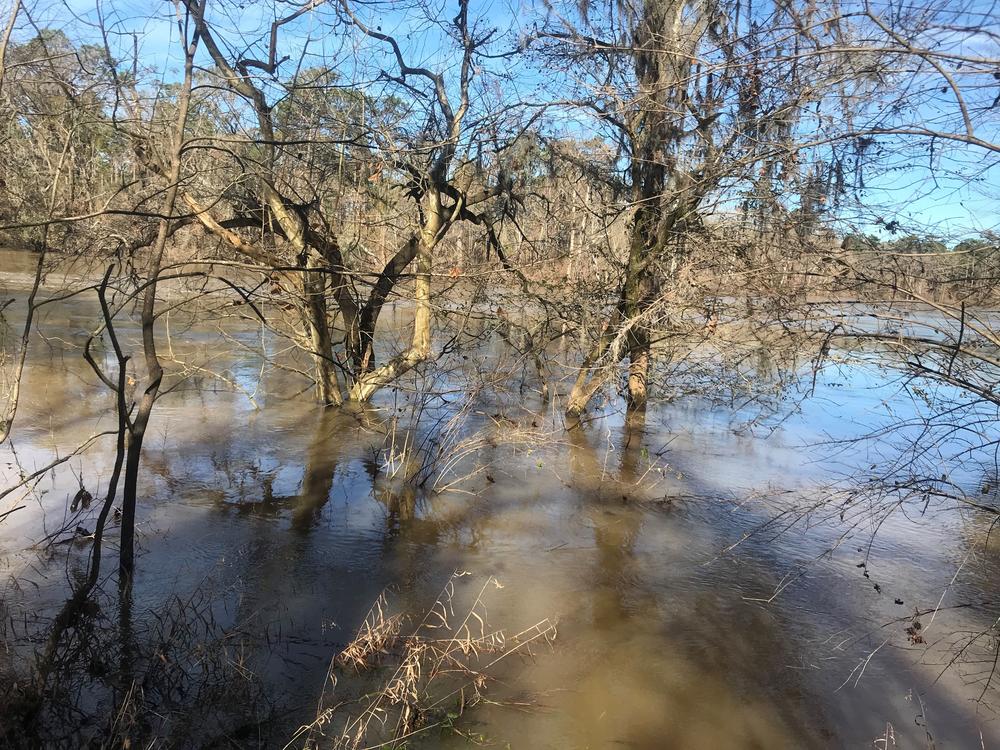 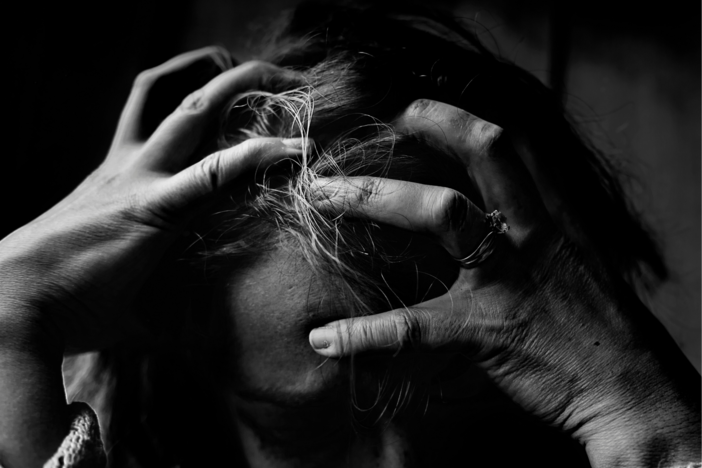 In addition to worrying about the health of loved ones and themselves during the coronavirus pandemic, respondents to a survey say they are concerned...