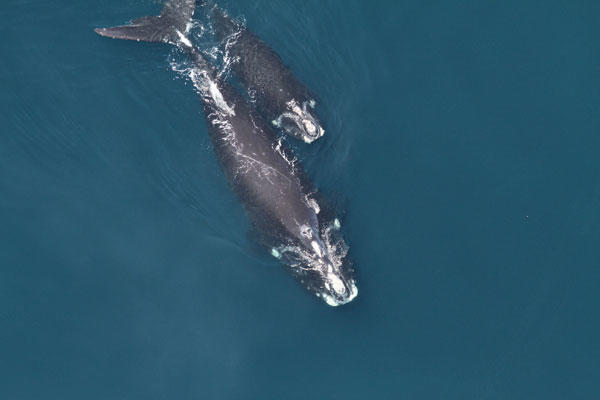 Five endangered right whales have been spotted off the Georgia coast. They began returning this month to give birth.

Each whale’s markings is unique like a fingerprint. That makes it easy for scientists to track them using planes and boats.

No babies were born last year, but two of the whales spotted this month have given birth in the past, making scientists optimistic.

Clay George with Georgia Department of Natural Resources said new births this year are especially critical for the species survival.

“They only number in the 400s or so, so if the population’s going to recover and increase in number, their future’s really gonna depend on what happens here on the Georgia coast,” George said.

He said they expect the first right whale births of the season in the coming weeks.