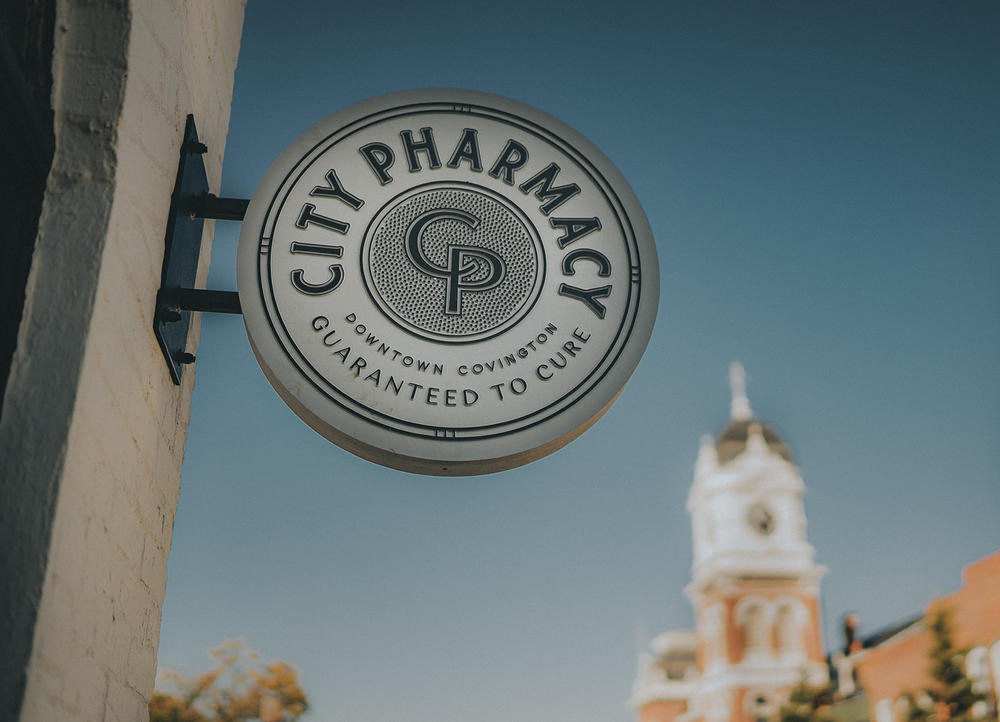 Caption
After college in Mississippi and making music in Athens and Atlanta, Tedo Stone is back in his hometown of Covington running the restaurant City Pharmacy.

Georgia's population grew by nearly 116,000 people in 2017. According to the U.S. Census Bureau, that was the sixth biggest jump among all U.S. states. Many of those people moved to Georgia from out of state, but some additions to Georgia's 10 million total residents were born here, left and later returned.

Some even returned to their hometowns. Take Tedo Stone. He was born and raised in Covington, moved to Mississippi for college and then moved back to Georgia. But instead of going straight back to Covington, he spent some time making music in Atlanta and Athens. Now, the indie rocker-turned-restaurateur is coming up on the first year anniversary of City Pharmacy, the restaurant he and his wife opened up in Covington's old downtown pharmacy building. "On Second Thought" host Virginia Prescott speaks with Tedo Stone.

Stone joined us for a conversation about running a restaurant in the building where his dad mopped floors as a teenager and later took care of Covington as a pharmacist. He also told us what he hopes for the future of Covington, where he and his wife are now raising their two sons.

Do you have a Georgia homecoming story to share? We'd love to hear it. Tweet us at @osttalk or write to us in our Facebook group. You can also leave us a voice message at 404-500-9457.

A new series on Discovery showcases competition, history, skill and a cultural fascination with weaponry. Blacksmiths and gunsmiths from all over are...