Today "On Second Thought" explored Georgia's economic and political landscape. We checked in with "Political Rewind" host Bill Nigut to discuss Brian Kemp's plans as the new governor of Georgia.

We also heard from professors, journalists and policy makers about Georgia's Amazon HQ2 bid and why Atlanta ranks worst in the nation for income inequality."On Second Thought" for Monday, November 19, 2018

Bloomberg recently analyzed cities with over 250,000 people across the country and determined Atlanta is the worst city for income inequality in the United States. Its report states the median income in the city is $57,000. That's compared to what the top 5% of residents make, which is over $637,000. This gap in income is determined by factors like affordable housing, wealth accumulation and Georgia's low minimum wage.

We spoke with Mehrsa Baradaran from University of Georgia's school of law and the author of "The Color of Money: Black Banks and the Racial Wealth Gap." Alex Camardelle, senior policy analyst for the Georgia Budget and Policy Insitute, also joined the conversation.

Freelance reporter Maggie Lee spoke with "On Second Thought" about the details of Georgia's Amazon HQ2 proposal. We also heard from Ron Knox, editor of the Global Competition Review, about how the company's dealings with cities paralleled its data collection from retailers who sell their products on Amazon's marketplace. He calls HQ2 an antitrust issue in Slate. 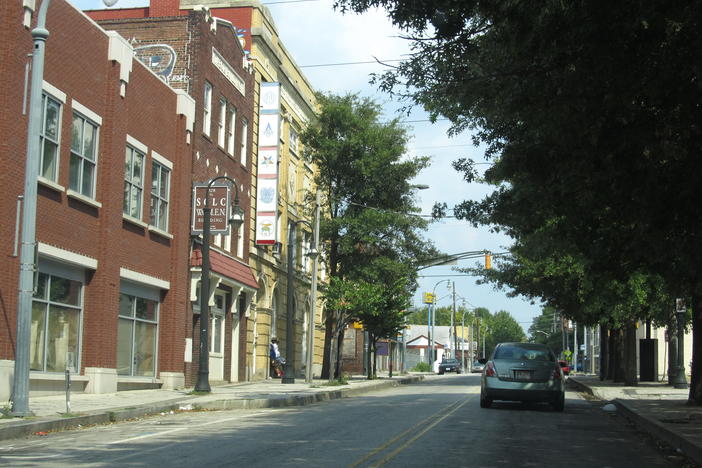 Bloomberg recently analyzed cities with more than 250,000 people across the country and determined Atlanta is the worst city for income inequality in...