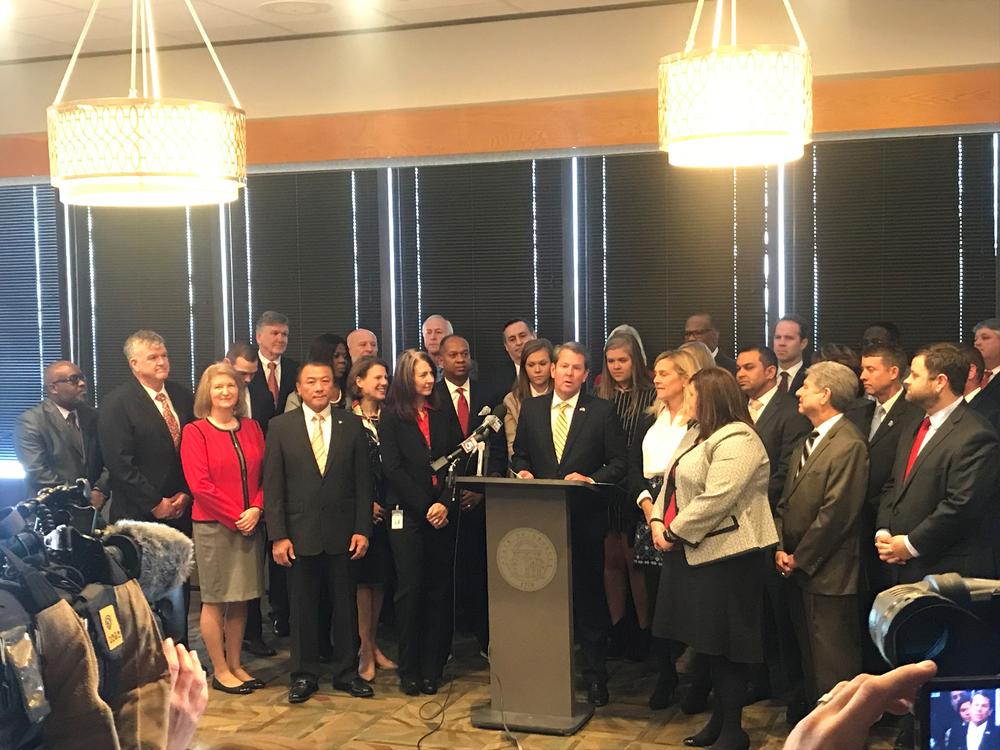 The newly-elected Republican governor laid out the group's top priorities.

"Making Georgia number one for business,” Kemp said. “Reforming state government, strengthening rural Georgia — and that's never been more important with the disaster we saw in Hurricane Michael and then making sure we're putting Georgians first every day."

Among those selected to his team was Tom Price. The former secretary of the U.S. Department of Health and Human Services resigned last year after taking excessive charter flights using taxpayer money.

But Kemp said his knowledge on healthcare and thd time Price spent in Washington D.C. will be an asset. Kemp said having a diverse team was also a priority in picking members.

"I've done that in the secretary of state's office with having hardworking people that are very diverse but even more so than that, they get the job done,” he said. “They've been moving the needle and making our office more efficient."

Kemp also did not respond to a planned lawsuit from his opponent Democrat Stacey Abrams regarding the fairness of Georgia’s elections.

Instead, he reasserted he was focused on the future and aimed to keep divisive politics in the past.

A U.S. House committee has issued a sweeping call for documents from the governor and secretary of state to learn more about what it calls serious...