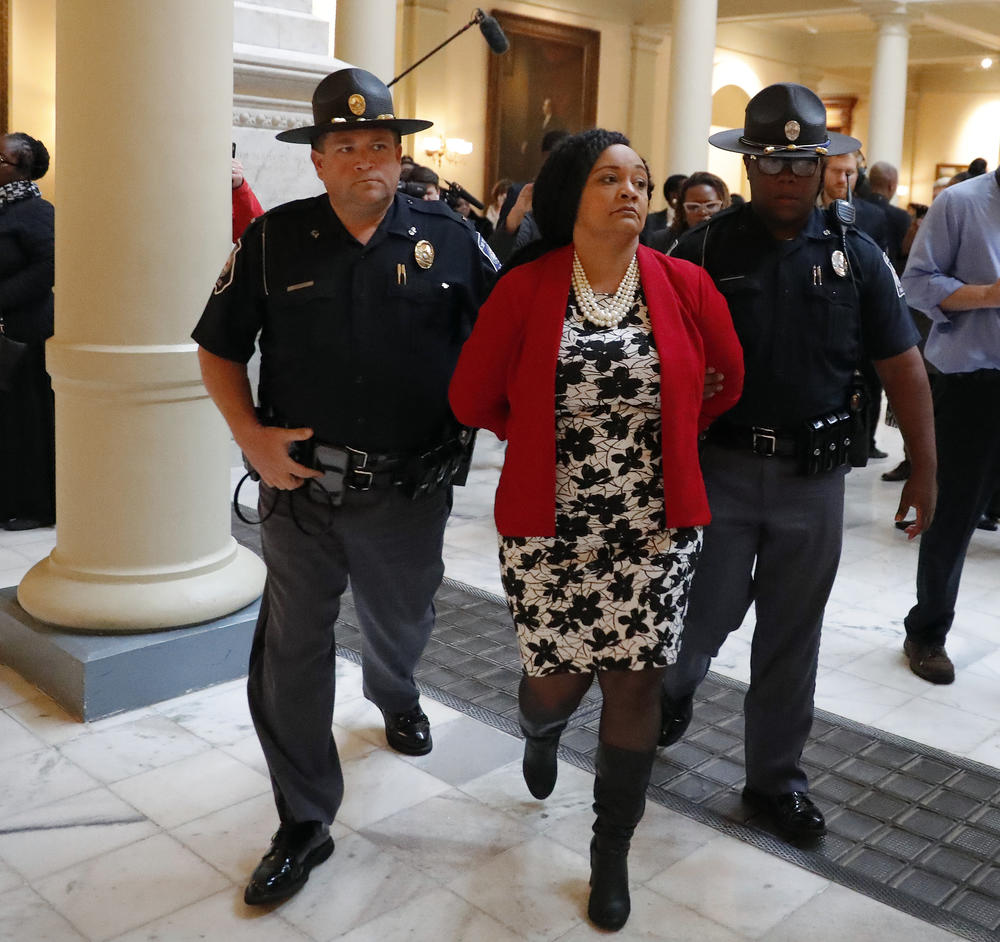 Sen. Nikema Williams (D-Atlanta) is arrested by capitol police during a protest over election ballot counts in the rotunda of the state capitol building Tuesday, Nov. 13, 2018, in Atlanta.

After seeing charges and counter-charges from the Kemp and Abrams campaigns the election certification deadline is soon to arrive, and Georgia will, pending further legal challenges, have a new Governor by the end of the day.

In the 7th Congressional District, another tight race faces legal challenges ahead of its certification.

Plus, a member of the Georgia Senate was arrested at the state capitol. We’ll discuss the controversy and hear what Sen. Nikema William’s had to say about her arrest on the Senate floor.