"On Second Thought" brings you spooky Halloween fun for the holiday. We take a visit to 2 Chainz's Haunted Pink Trap House, hear from a zombie scholar about the origins of the myth and explore haunted stories around Georgia.

2 Chainz and his label Street Execs Management collaborated with 13 Stories Haunted House to open a hip-hop themed haunted house in Newnan this year. "On Second Thought" producer LaRaven Taylor ventured behind the scenes and brought back an audio postcard.

We also heard from Sarah Juliet Lauro, professor at University of Tampa and author of "The Transatlantic Zombie: Slavery, Rebellion, and Living Death." She discussed zombie evolution in pop culture throughout the years."On Second Thought" brings you a spooky Halloween episode for Wednesday, October 31, 2018.

Finally, we heard ghost stories from around Georgia from GPB's Rickey Bevington and visited the haunted Fox Theatre in Atlanta. 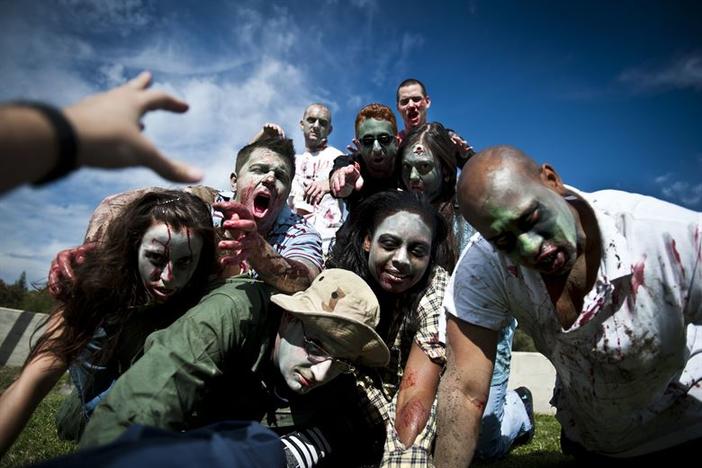 'We Have Invaded You': Scholar Traces Origins Of Zombies From Haiti To 'The Walking Dead'

This year is the 50th anniversary of George Romero's 1968 film, "Night of the Living Dead." While Romero's film popularized zombies as a horror trope,...