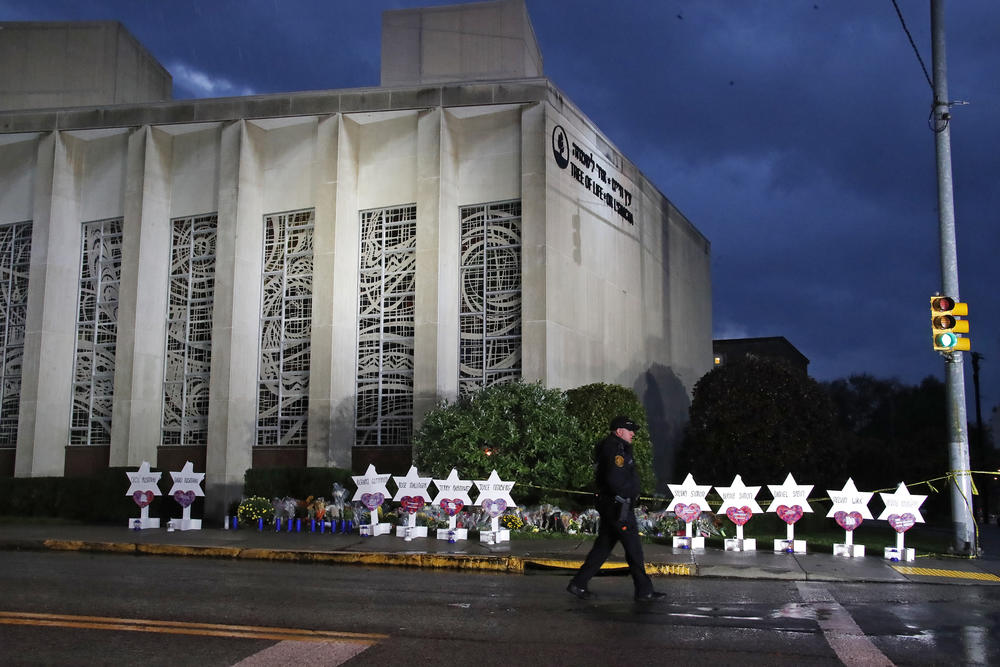 A Pittsburgh Police officer walks past the Tree of Life Synagogue and a memorial of flowers and stars in Pittsburgh in remembrance of those killed and injured when a shooter opened fire during services Saturday at the synagogue.

On this edition of Political Rewind, as Georgian’s join people across the country in mourning the deaths of 11 worshipers killed at Pittsburg’s Tree of Life Synagogue, we’ll examine the startling rise in hate crimes in the United States. We also look back on the day when an anti-Semitic bombing attack roiled Atlanta’s own Jewish community.

On the campaign trail, well over a million voters have cast their ballots ahead of election day, what does the data tell us about key races?

Plus, there are reports that President Trump is headed to Georgia to campaign for Brian Kemp. Will his visit energize supporters or detractors?