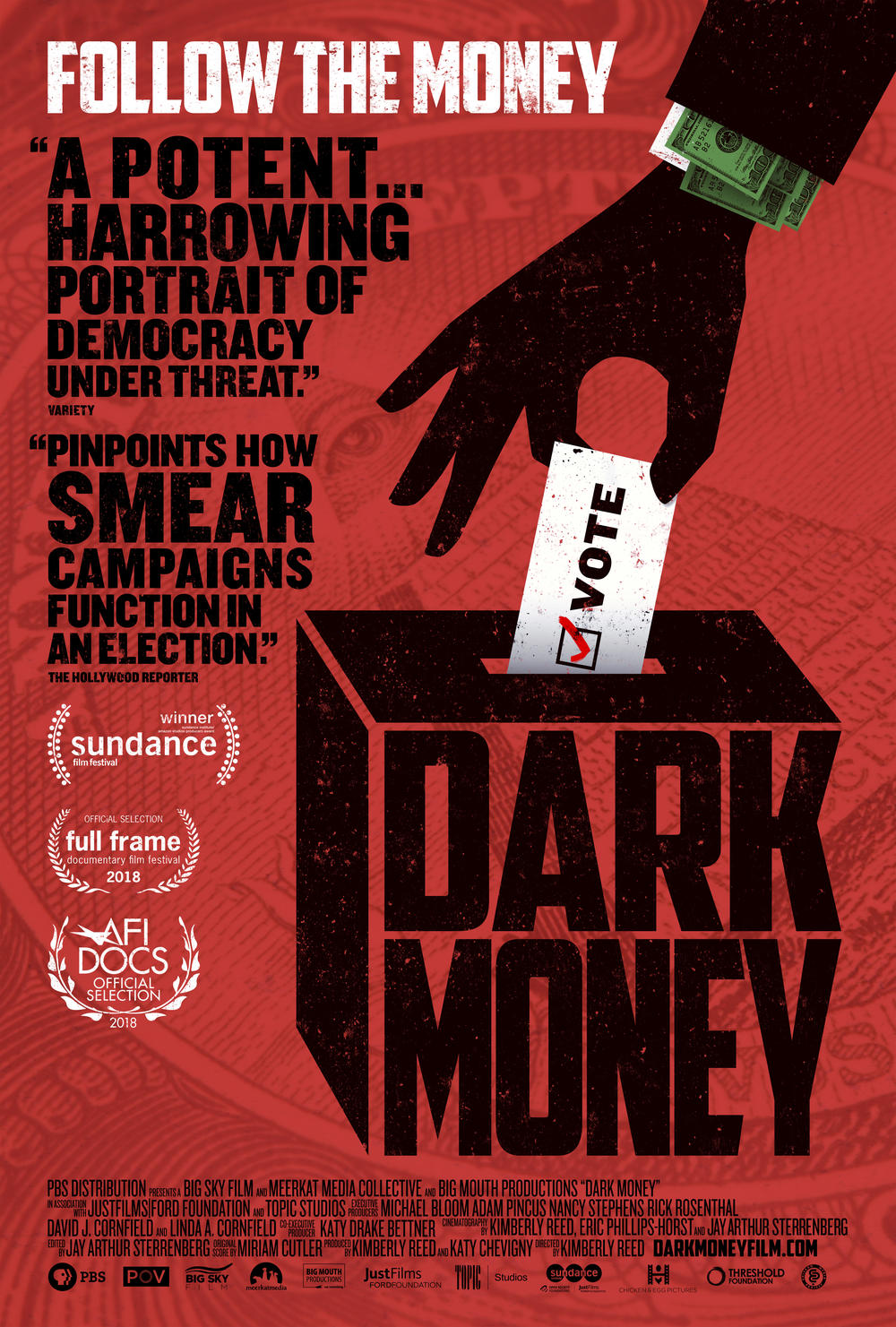 Under the 2010 Supreme Court ruling known as Citizens United, it is legal, but nearly a decade after that decision, both conservative and liberal Americans are starting to question whether it's right for American democracy.

A new documentary called "Dark Money" explores the world of campaign finance post-Citizens United and the fight to promote transparency in elections in Montana.

Montana State Rep. Rob Cook (R) was interviewed in that documentary and spoke about how he viewed the effects of dark money.

"The magnitude of the money actually destroys your freedom of speech," he said. "You can give me $170 for campaign contributions, and that's all you can give me. And yet somebody in North Carolina can spend $60,000 in the same election to beat me. How have we preserved any freedom of speech?"

Montana Gov. Steve Bullock is a Democrat who's an active supporter of stricter regulations in campaign contribution disclosures. Bullock joined GPB's Rickey Bevington in the studio.

This conversation has been edited for conciseness and clarity.

RICKEY BEVINGTON: Is it accurate to sum up for a new audience, dark money as out-of-state donors pouring millions into local elections?

GOVERNOR STEVE BULLOCK: It is accurate. From my perspective, the easiest way to look at it is NASCAR. You know who's sponsoring the cars. There's labels on every part of the jumpsuit. If people are going to be basically trying to buy politicians, we ought to at least know who's doing the buying. What has happened post Citizens United is undisclosed groups not disclosing where that money is coming from [and] spending significantly in our state and our federal elections.

BEVINGTON: You're an elected official. You stand to benefit from unlimited secret financial support. Why are you challenging dark money?

BULLOCK: I think a representative democracy doesn't stand to benefit. It really is eroding American's fundamental trust in the elected processes. As somebody that runs for office, I have to stand by every decision I make [and] everything that I say along the way. If it's my voice as opposed to outside interests distorting records, I think that representative democracy is much better served.

BEVINGTON: Debra Bonogofsky ran as a Republican in 2014 for the Montana Legislature. She says in the documentary that she was targeted because she wasn't conservative enough.

BEVINGTON: Bonogofsky is an example of how this isn't a Democrat and Republican issue. This is pitting Republicans against Republicans.

BULLOCK: I was attorney general before I was governor. I was attorney general [when] the Citizens United decision came up. This group, American Traditions Partnership, when I was running for governor, as an example, started a statewide newspaper, [which] hit every voting household and it was all about me [and] trying to distort my record.

What we've been able to do in Montana is bring Democrats and Republicans together and, say, at the end of the day, Montanans ought to be deciding our elections. So, that if someone's going to spend in our elections, they have to disclose where that money's coming from. It's even kept folks like the Koch brothers [and] Americans for Prosperity out of our elections during the time that it matters.

BEVINGTON: How were you able to actually pass legislation then when you became governor on a bipartisan level?

BULLOCK: Well, it took a couple of tries to do it but [it's] not unlike what Debra Bonogofsky or Rob Cook said. It's not just targeted party against party. At times, it's targeted [at] trying to get the most extreme members elected and getting people that actually want to work together knocked out. So it really said [something] that the sponsor of the bill [Duane Ankney] had said, 'If I'm going to get gut shot, I want to at least know who's doing the shooting.'

So we brought Democrats and Republicans together to say that transparency and sunshine in our elections will get everybody that much more engaged. Elections ought to be about people talking to people, not outside groups spending.

BEVINGTON: Just this past July, you sued the Internal Revenue Service and the Treasury Department over a decision to loosen disclosure requirements for so-called dark money groups. What is the basis of your lawsuit?

BULLOCK: It's an interesting proposition in as much as that ever since the 1970s, when Richard Nixon was president, 501(c)(4) groups, a part of the federal tax code, these dark money groups had to at least disclose their donors to the IRS. That way if there's shenanigans going on, the IRS or the Department of Justice or states could take actions.

The same day that the president was meeting with Putin in Helsinki, the secretary of treasury said, 'Well, we're just going to get rid of this rule that's been around since Richard Nixon.' Now Richard Nixon was not the model of transparency and good government either, and the way they did it is by just a revenue procedure, so not even taking public comment [or] modifying the rules that have been in place since the '70s. So what could happen literally in this midterm election is a foreign country or a foreign state could give to a 501(c)(4), and nobody would even know who's writing the check.

BEVINGTON: So you're not looking to necessarily overturn Citizens United, you simply want that when corporations choose to act on their freedom of speech, we need to know about it?

BULLOCK: Make no mistake. I think Citizens United is one of the worst things to ever happen to our representative democracy and the ability for government to work. But even the Citizens United case, was premised on the idea, with the advent of the Internet and everything, people would know who's doing the spending, who's trying to influence the elections. And I think even the majority opinion said, 'and in whose pocket these elected officials are.'

But what we've seen since Citizens United is this huge exploding growth in money being spent where we don't know who's doing the spending. So, at the very least, if we had transparency and sunshine, then people will know who's trying to influence our elections and what their real interest might be because I don't see a lot of big corporations spending out of their big corporate heart. They spend because they want to get something, and all voters ought to be able to know why they're making those expenditures.

Georgia Bulldogs are 'here to stay': Here's a pre-game analysis of the title match

The UGA Bulldogs are hoping to win their second straight national title tonight against No. 3 TCU. Undefeated Georgia could become the first school to repeat as champs in major college football since Alabama a decade ago and the first to go back-to-back in the nine year history of the four team playoff. 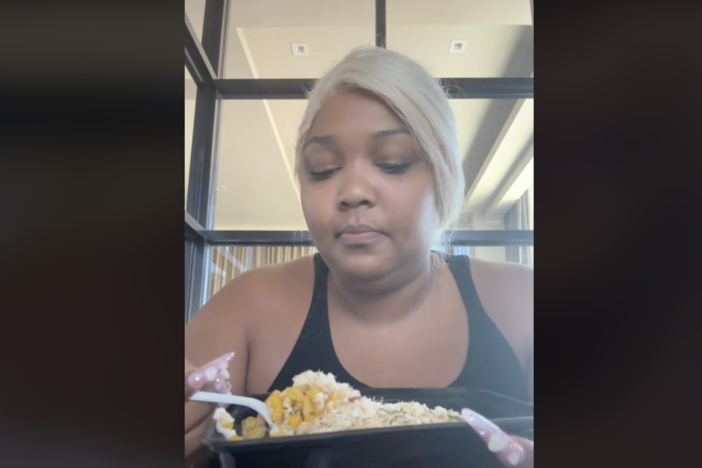 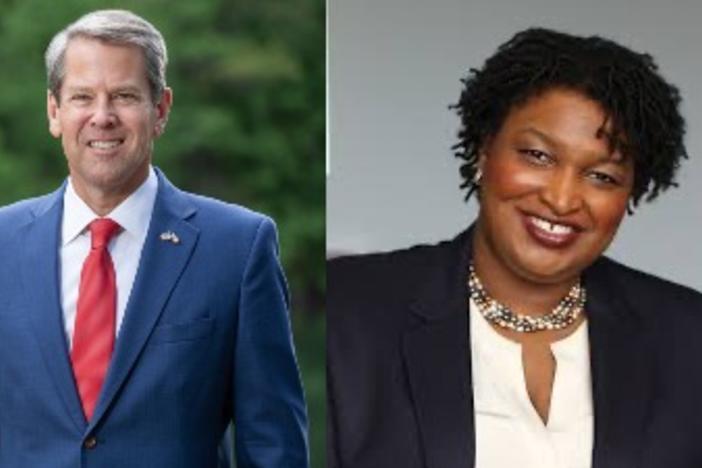