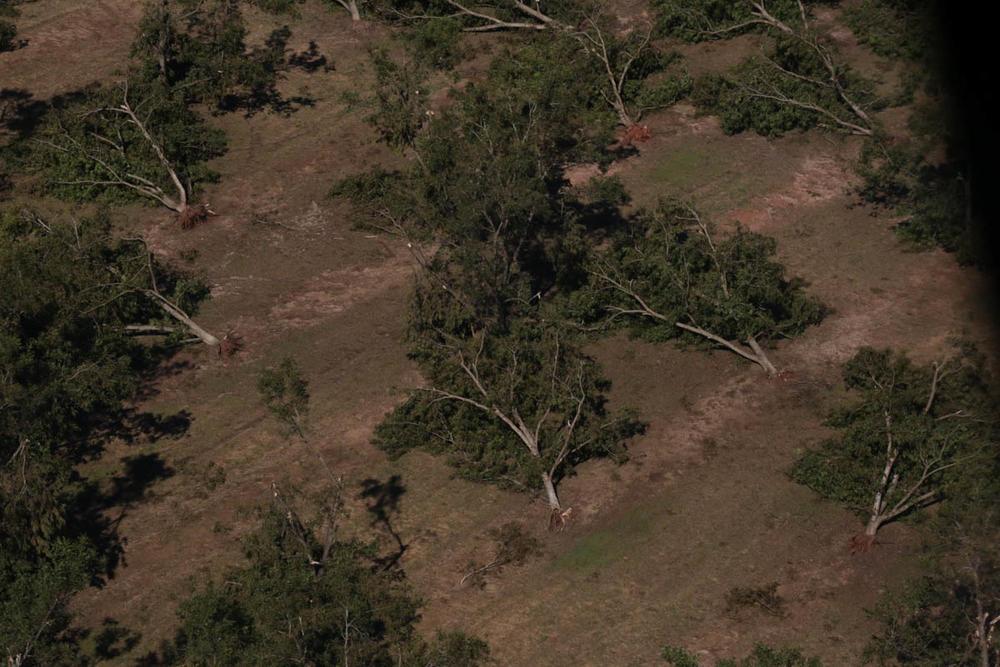 "You can't walk away, but then I'm sitting here with such a dead load," said Hudson, a fifth-generation pecan farmer. "How do I repay this now? How do I start over?" "On Second Thought" host Virginia Prescott speaks with pecan grower Randy Hudson, cotton grower Mark Peele, Andy Lucas of the Georgia Farm Bureau and GPB's own Ross Terrell.

Hudson, of Hudson Pecan Company, and Mark Peele, of South Central Georgia Gin Company, joined "On Second Thought" with more on the economic and emotional impact of the storm.

"Irma came through last year and hammered us last year. We thought we had never seen anything — I mean, we hadn't at that point — like Irma," Peele said. "This was going to be the year that [cotton farmers] paid off their loans from last year ... and here we are again with this devastation."

Andy Lucas, public relations director for the Georgia Farm Bureau, also joined the conversation. He said some Georgia farmers will likely lose their livelihoods because of Michael's destruction. Meanwhile, GPB reporter Ross Terrell told "On Second Thought" about 2,000 Georgians are still without shelter.