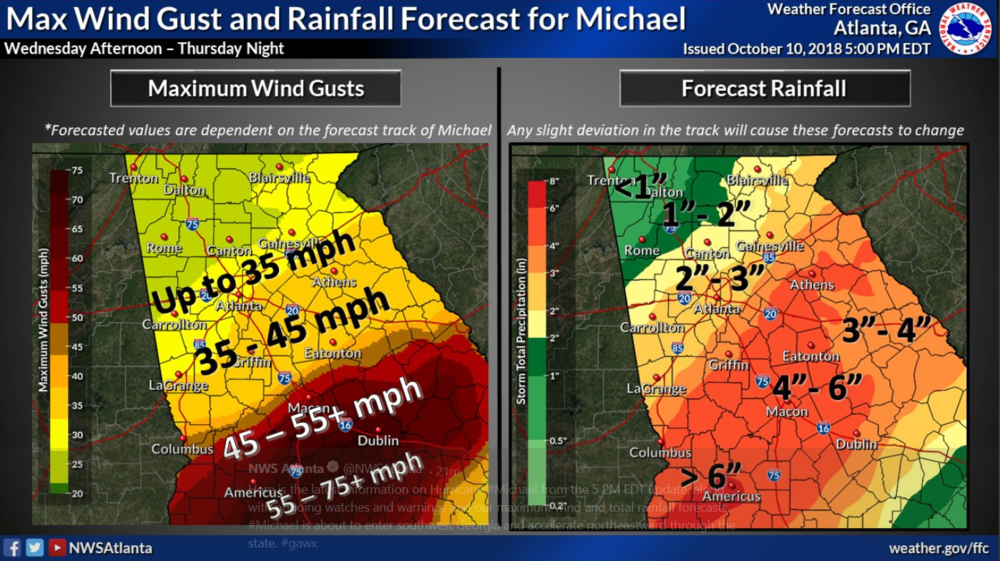 Hurricane Michael hit the Florida Panhandle as a Category 4 early Wednesday afternoon and moved into southwest Georgia as a Category 3 storm, officials said.

A tornado watch was issued until 2 a.m. Thursday for most of the state and tornado warnings have been issued as far north as Cobb County.Gov. Nathan Deal updated residents on Hurricane Michael about an hour before it made landfall. GPB's Ross Terrell reports.

UPDATE 3 p.m.: Tornado watch issued until 2 a.m. Thursday and central Georgia counties of Macon, Peach and Houston are under a tornado warning until 3:45 p.m.

UPDATE 2:30 p.m.: Not all of Georgia’s crops have been harvested yet, and the severe weather could pose a problem for farmers, Agriculture Commissioner Gary Black said.

Michael will have a deep impact on the heart of Georgia’s agricultural industry, Black said.

#HurricaneMichael is a historic storm. Georgia’s #agriculture will be impacted tremendously. Please take precaution and know the #GDA is here for you now and will be with you during the aftermath. pic.twitter.com/GRecSfmQG6— Georgia Grown (@GeorgiaGrown) October 10, 2018

In Bainbridge, there are no evacuation orders but officials have urged residents of mobile homes to find safer shelter with friends or family.

City council member Roslyn Palmer worries the storm could bring down some of the area's many oak and pine trees.

"We are in the trees, and I'm very concerned that we may end up with a tree...I don't want it, obviously, in my house, but if it does, let it fall in the area we're not," Palmer said.

Those trees could take out power lines as well, she said.

UPDATE: 1:45 p.m.: Hurricane Michael makes landfall with winds at 155 miles per hour, which is just shy of a Category 5 storm.

UPDATE 12:15 p.m.: Gov. Nathan Deal holds a news conference on updates related to the incoming hurricane. He said the state is working with the federal government to get help with any damage Hurricane Michael might cause.

"I have already been contacted by several federal secretaries, and they have all pledged their assistance and have already engaged with our department of emergency management here at the state level," Deal said.

The governor at 8 a.m. tweeted that he activated 1,500 Georgia Guardsmen to be placed on standby and deployed as needed to areas affected by Hurricane Michael.

No residents are being forced to evacuate in Georgia, Deal said.

"We are not putting in place any kind of mandatory evacuations; we trust the judgement of Georgians to know what’s best for them under their circumstances," Deal said. "This is not like a costal area where we have seen mandatory evacuations because of storm surge…. This (hurricane is) coming from the exact opposite direction and I think we have covered it as well as we can.”

He said this storm is unlike anything people in the southwest part of the state have faced before, but because they aren’t exposed to storm surge many can stay put.

Emergency shelters are open in Macon and Columbus, as are three animal shelters in the state.

ORIGINAL STORY: Hurricane Michael strengthened to a Category 4 storm earlier Wednesday morning and is expected to make landfall along the Florida Panhandle before 2 p.m., officials say.

Wind speeds are currently 150 miles per hour, which is nearly a Category 5 storm, according to the National Hurricane Center.

He said conditions in South Georgia will worsen as we head into the afternoon.

Georgia Emergency Management Agency officials say the time to evacuate from the Florida coast is over and anyone in the area should shelter in place.

Hurricane #Michael is now a Category 4 Hurricane. The time to prepare is ending, and those in the storm’s path should be prepared to shelter-in-place. https://t.co/aeEYHgpW6n https://t.co/CrjJmFhSY0— Georgia EM&HS (@GeorgiaEMA) October 10, 2018

The Panhandle area hasn't been hit by a storm this dangerous in decades, and forecasters anticipate life-threatening strom surge and flash floods throughout coastal areas along the Gulf, from Pensacola around the coast to Tampa.

Earlier, Ashley Henyan with the Red Cross said people need to have an emergency kit ready.

"Do that now," Henyan said. "Make sure you have extra batteries, flashlights, first aid kit, crank radio, medications, at least three days worth of food and water for every member of your family and pets."

The U.S. Department of Agriculture’s Food Safety and Inspection Service warns power outages and flooding can compromise the safety of stored food.  Consumers are encouraged to take the following steps before the power goes out to reduce food waste and the risk of foodborne illness:

If you need assistance or have questions about State Hurricane Response, call the Georgia Emergency Management at 1-800-TRY-GEMA or (1-800-879-4362). 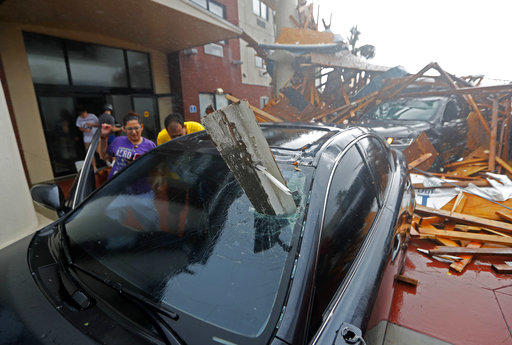 A woman checks on her vehicle as Hurricane Michael passes through, after the hotel canopy had just collapsed, in Panama City Beach, Fla., Wednesday. 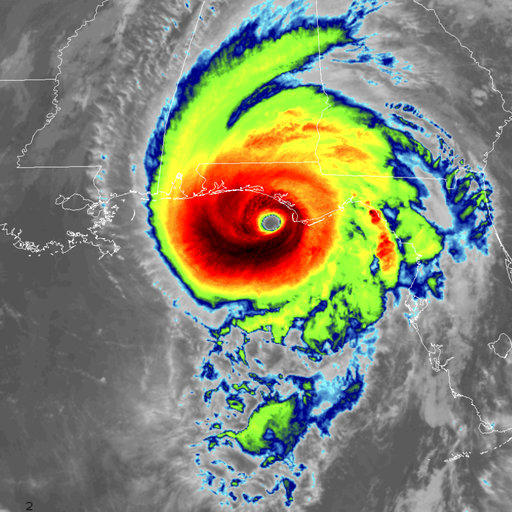 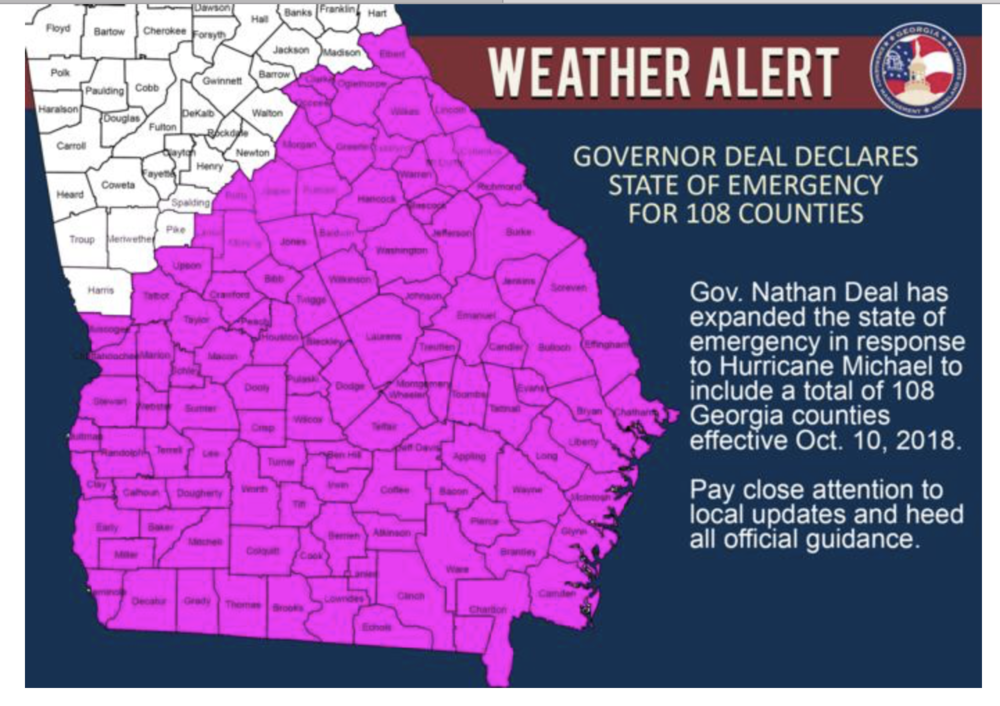 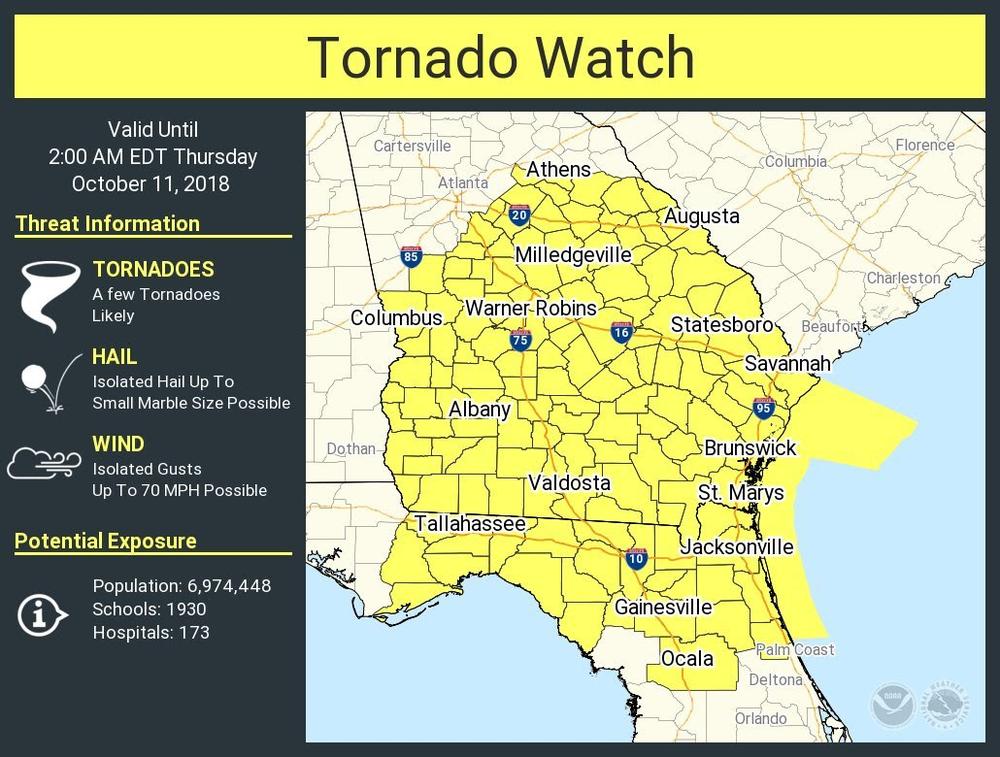 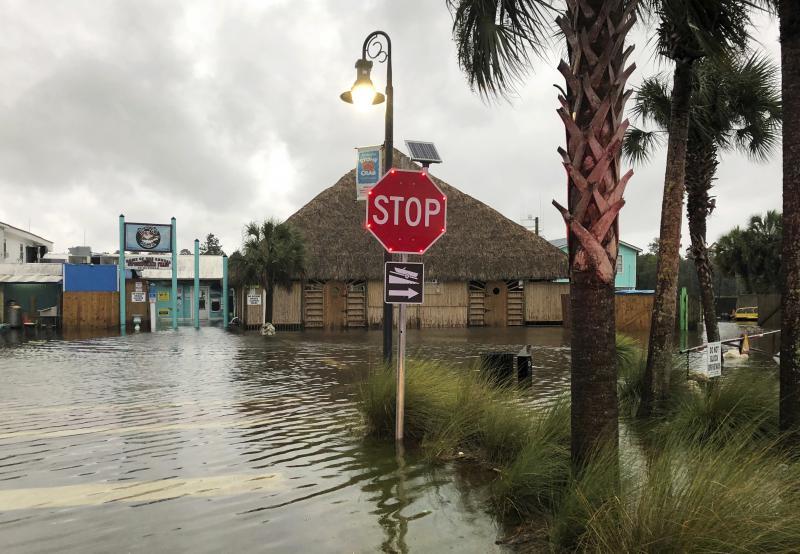 The St. Marks River overflows into the city of St. Marks, Fla., ahead of Hurricane Michael, Wednesday, Oct. 10, 2018. The hurricane center says Michael will be the first Category 4 hurricane to make landfall on the Florida Panhandle. 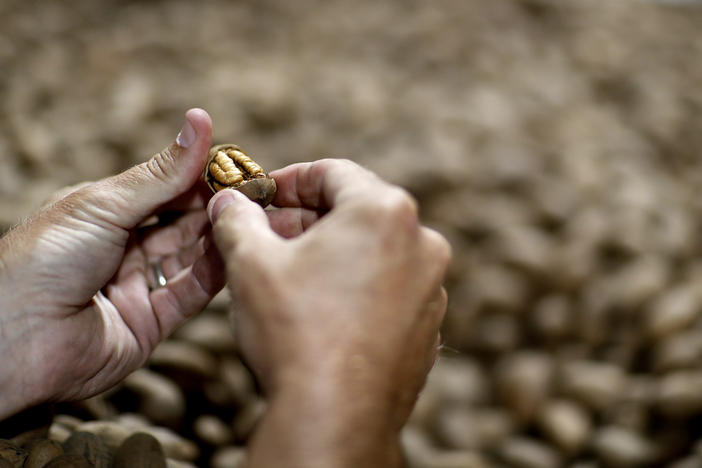 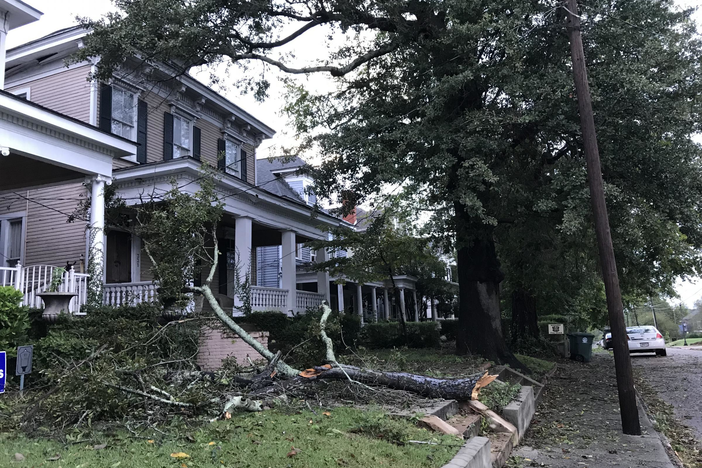 Some Middle Georgians Surprised By Impact Of Hurricane Michael

Hurricane Michael damaged parts of Middle Georgia. Thor Ott lives in McRae, about 80 miles southeast of Macon. He grew up in Florida, where hurricanes...