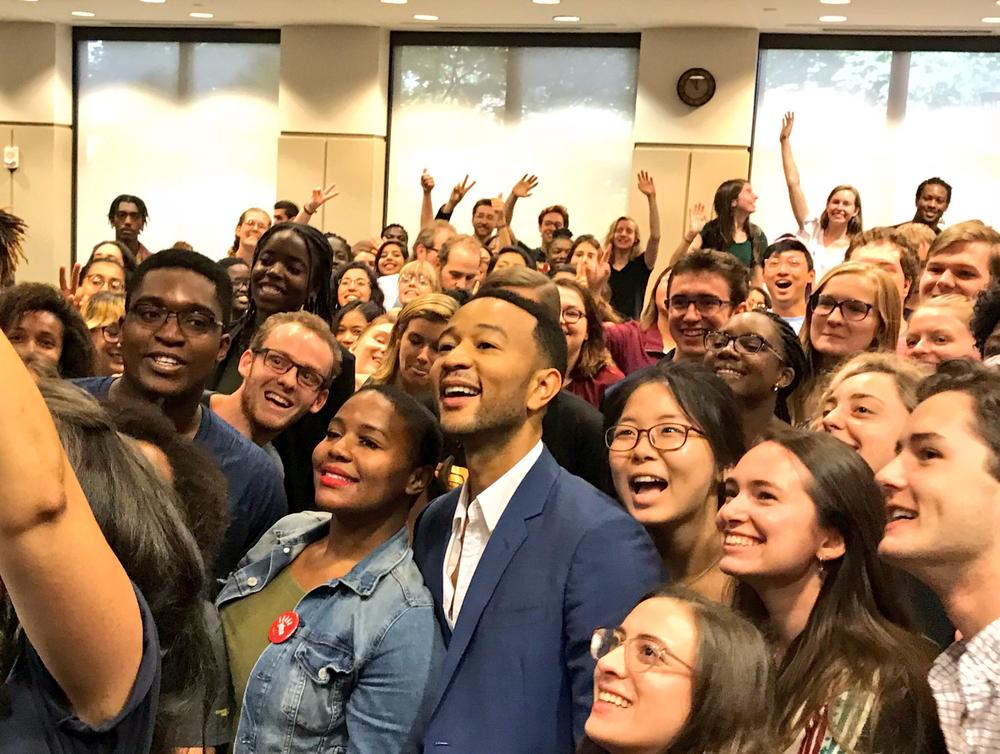 The Democratic candidate for governor in Georgia is hoping that a little star power will provide the boost she needs to win in November. Stacey Abrams' campaign enlisted the help of singer-songwriter John Legend to speak to students in Atlanta on Tuesday.

The award-winning artist was invited by student-led college groups to encourage young adults to register to vote and to support the Democratic candidates on the ticket.

Legend spoke to enthusiastic crowds at college campuses throughout the day ahead of a sold-out private fundraising event Tuesday evening.

While touring campuses, Legend spoke about the historic nature of this election but noted that being the first African-American female to win a primary wasn't enough. "As you know, winning a major party's primary does not put you in charge of anything," Legend told a crowd of students. "We've got to win the governorship and the only way she's going to do that is if we get out and vote."

One issue that is sure to motivate students and recent college grads? Student loan debt.

A report published by Lending Tree earlier this year revealed that Atlanta had the second highest average student loan debt in the country.

Legend struck a chord with the crowd and received applause and emphatic head nods when speaking about Abrams' plans to fix the student loan system.